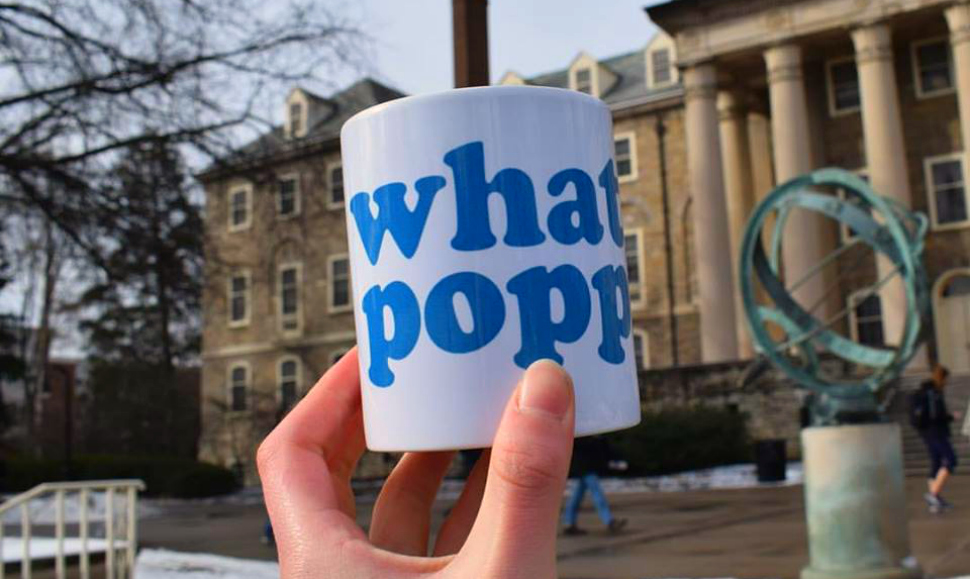 What kind of person were you in college? Were you a homebody, perfectly content to chill low-key with a few friends? Or were you a social butterfly that thrived on hitting the town and seeing as many people as possible?

Penn State student Joseph Kitonga knows quite well what kind of experience he?s looking for during his stay in Happy Valley.

Recently, the sophomore launched ?What?sPoppin,? an iOS app that caters to college students, letting them know what?s happening and where on and around Penn State?s University Park campus. Kitonga is looking to fill a niche he sees in the event notification market currently dominated by titans such as Facebook and Eventbrite.

?We focus on the smaller events that shape your college experience,? says Kitonga, speaking to Penn State News. ?You go to one event, and it transforms your boring day and makes it feel more purposeful.?

From poetry slams to film screenings to downtown concerts, Kitonga envisions ?What?sPoppin? as a unique pipeline, targeting college-aged users with the events that fit their interests, and giving organizations at Penn State a less-crowded platform for promoting.

?What?sPoppin? has secured startup funding from the Lion Launchpad program, a business accelerator for student entrepreneurs. Now Kitonga and his 10-member team, including chief iOS developer Ishan Ranpura, are spreading the word around their campus. The group says they?ve already received positive feedback as well as their fair share of return users and unique hits. They are hoping to expand soon to the other campuses of the Penn State system and, eventually, other universities.

?We aim to create memories for people,? says Ranpura. ?Of course, realistically for the future we want to become a staple for Penn State.?

Kitonga is quick to note the integral role that Penn State had in shaping the app, from one-on-one mentoring tailored to the needs of ?What?sPoppin? to the Launchpad seed grant that helped the team launch. ?We?re really a product of the Penn State entrepreneurial ecosystem.?