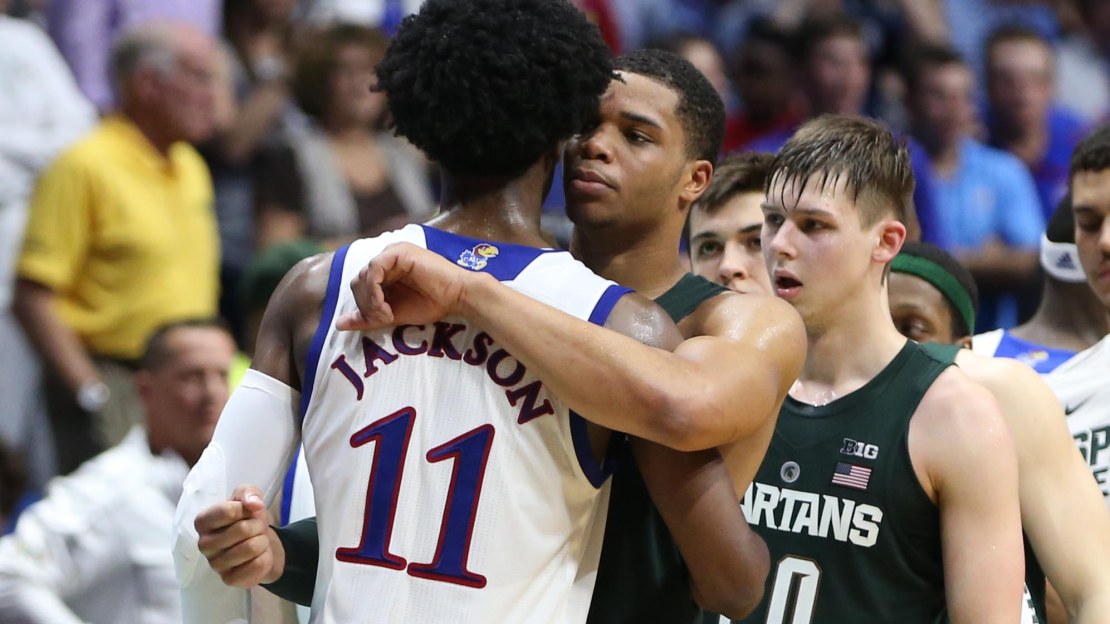 Injuries and youth have made it difficult for Tom Izzo?s team to gain consistent traction. Still, MSU made the Big Dance for a 20th season in a row. The key: The play of the fabulous freshmen led by Miles Bridges. Cassius Winston, Joshua Langford and Nick Ward who all played big roles as rookies for the Spartans and helped the squad overcome the loss steady senior scorer Eron Harris to a season-ending injury in February. That hurt.

Still, you get the feeling Izzo wringed out as much as he could from such a young team, as the No. 8 Spartans bowed out of the Big Dance with a 90-70 second-round loss to No. 1 Kansas. No shame in that. This is a very good Jayhawk squad that now will take on No. 4 Purdue in the Sweet 16 in Kansas City. And, that should be a beaut of a game.

Top star: Spartan freshman sensation Bridges did his part for MSU, overcoming an early injury in the game to score 22 points on 7-of-15 shooting with eight rebounds. But a much-anticipated clash with childhood pal Josh Jackson was won by the KU freshman, who tallied 23 points on 9-of-16 shooting.

Top stat: 53, as in Kansas? field-goal percentage compared to 43 percent for Michigan State. And KU outrebounded the muscular Spartans, 36-28.

It was over when: After much thrusting and parrying in the first half, KU had a 40-35 halftime edge. With 15:16 to go, Michigan State cut the Jayhawk lead to 50-48 on a Ward jumper. And with 12:18 remaining, Alvin Ellis III made a layup to make it 54-53, Kansas. But the Spartans could get no closer. Devonte? Graham hit a 3-pointer with 4:43 left to give KU its largest lead of the game, 80-67. The Jayhawks never looked back. A monstrous Jackson dunk with 2:07 to go made it 85-70 and served as an exclamation point.

What?s next? Michigan State will be a contender-as usual-for the Big Ten title next season, even with Miles Bridges most likely off to the NBA after just one season. The Spartans will have back the likes of Ward, Langford, Winston, Tum Tum Nairn, Jr., Matt McQuaid and Kenny Goins. Plus, Gavin Schilling will be back from injury. On top of all that, Michigan State will welcome one of the nation?s top recruiting classes led by five-star big man Jaren Jackson and four-star forward Xavier Tillman.