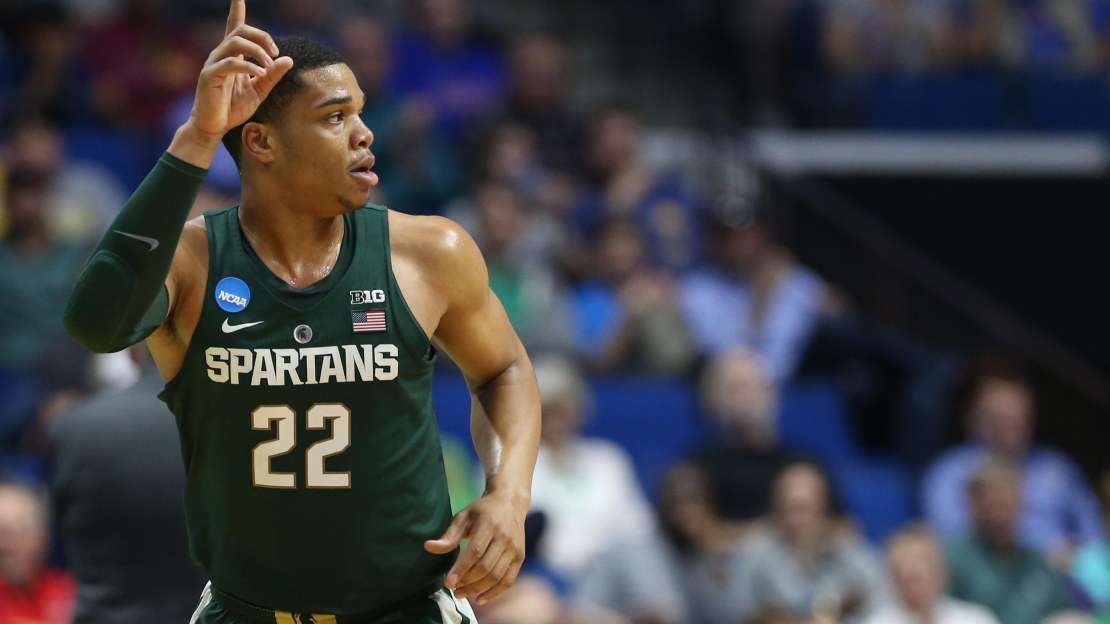 Michigan State went one-and-done last year, suffering the ignominy of getting dumped as a No. 2 seed by a No. 15 seed.

But the Spartans can hold their head high this year after taking care of business in the first round, as Tom Izzo still never has lost back-to-back opening games in what is his 20th consecutive Big Dance appearance. Miami led 17-5 early on vs. MSU. Then, Michigan State went on a 44-15 run to take a 49-32 lead and pounded the Hurricanes, 78-58.

It was a dominating effort. By the end of the contest, anyone who wore a MSU uniform to the game had checked in. The Spartan freshmen excelled, which was a big reason why MSU won this tilt. It has been a challenging season for Michigan State, as injury and youth have taken a toll. But this win helps.

Top star: Take your pick among freshmen Nick Ward, Joshua Langford and Miles Bridges. Langford had 13 points and Bridges tallied 18. But let?s go with Ward. The big fella was a force in the paint, notching 19 points on 8-of-9 shooting with seven rebounds. The Canes wanted no part of the Spartan wide load.

Top stat: 36, rebounds for Michigan State, compared to 23 for Miami. This is typical of a tough, Spartan squad under Tom ?I look like I?m in Perpetual Pain? Izzo. Bridges led the way with nine boards, while Nick Ward and Alvin Ellis III each had seven. These guys ate glass all night.

It was over when: At one point in the first half, Michigan State trailed by 12 points. And, honestly, things weren?t looking good, as MSU was a turnover machine. But the Spartans closed the half on a 30-8 run, hitting nine of their last 11 shots to forge a 38-27 edge. And the mojo continued for Michigan State as it opened the second half, when the game turned into a laugher. NEXT!

What?s next? Michigan State gets a date with No. 1 Kansas on Sunday. No pressure on the Spartans, who had to fight to get into the NCAA tourney. This is all gravy. Michigan State won?t be intimidated, as Tom Izzo always has his team play elite programs in the non-conference. This year, the Spartans already have played the likes of Arizona, Kentucky, Baylor, Wichita State and Duke. How sweet will it be to watch KU freshman sensation Josh Jackson take on MSU frosh stud Miles Bridges? I?ll tell how sweet: VERY sweet. Set your DVR, people.