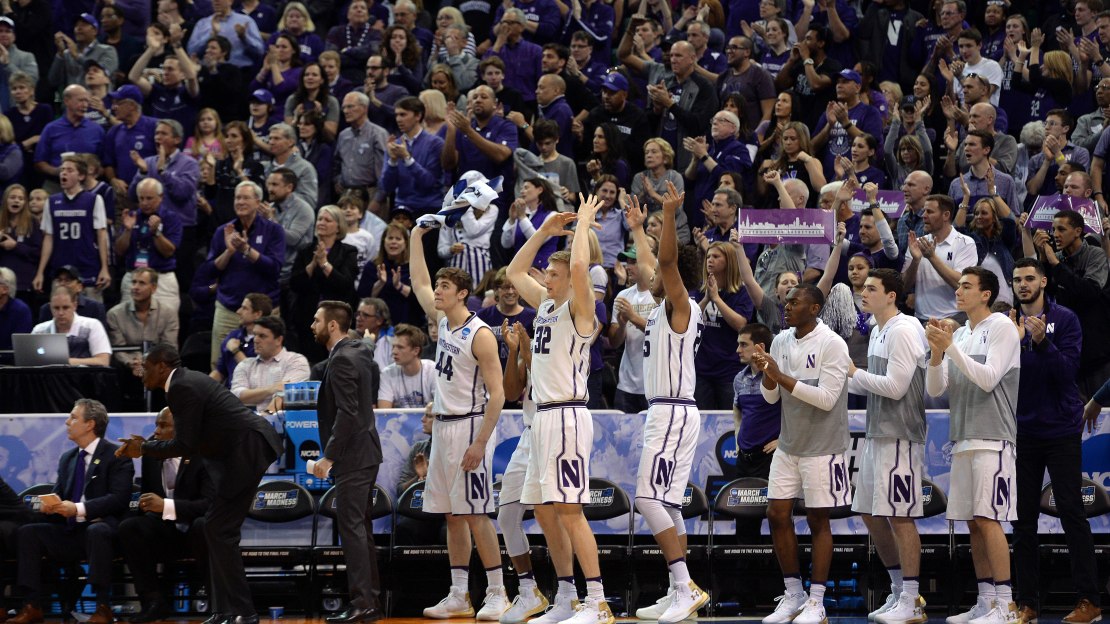 The feel-good story of 2016-17 continues. First, Northwestern shocked the world by earning its first NCAA bid. Why stop there? Today, the No. 8 Wildcats won their first game, too, knocking off No. 9 Vanderbilt, 68-66 (full box score).

It?s all gravy from here for Northwestern, which already has dealt with the pressure of punching its NCAA dance card for the first time.

Why stop with just one victory? This was an NU team that went 3-6 in its final nine regular-season games. But the Wildcats went 2-1 in the Big Ten tourney, advancing to the semifinals for the first time. And that mojo continued in the NCAA tourney first round.

Bryant McIntosh was one of three Wildcats in double-figures, as NU overcame 55.6 percent shooting from the foul line to take this heart-stopping victory against  a Vandy squad that shot just 38.2 percent and committed a confounding foul late that cost it a golden chance win.

As a result, the Wildcats live on for another game. Dererk Pardon and Scottie Lindsey each had 14 points for NU.

Top star: Bryant McIntosh looked like an All-America, scoring a game-high 25 points on 10-of-16 shooting. The junior point guard was 3-of-5 from 3-point land with four rebounds, three assists and two steals.

Top stat: 42.9, Northwestern?s shooting percentage from 3-point range, as the Wildcats connected on 6-of-14 from long range. Vandy made just 34.6 percent from 3-point land.

It was over when … : Northwestern was in control almost the entire game, leading by as many as 15. The Commodores cut NU?s lead to one points with less than three minutes to go. But Vanderbilt battled back, taking a 66-65 lead on a Riley LaChance layup with 17 seconds to go. That?s when Vandy?s Matthew Fisher-Davis inexplicably fouled NU?s Bryant McIntosh when there were was no need for it. All the Commodores had to do was play defense and hope the Wildcats missed a shot. Game over. Instead, McIntosh hit two free throws 14 seconds to go, and Vandy took a horrible 3-pointer with seven seconds left.

What?s next? Northwestern?s dream lives on, as the No. 8 Wildcats will take on No. 1 Gonzaga on Saturday in the second round. Will NU?s wild ride end there? Hmmmmm.