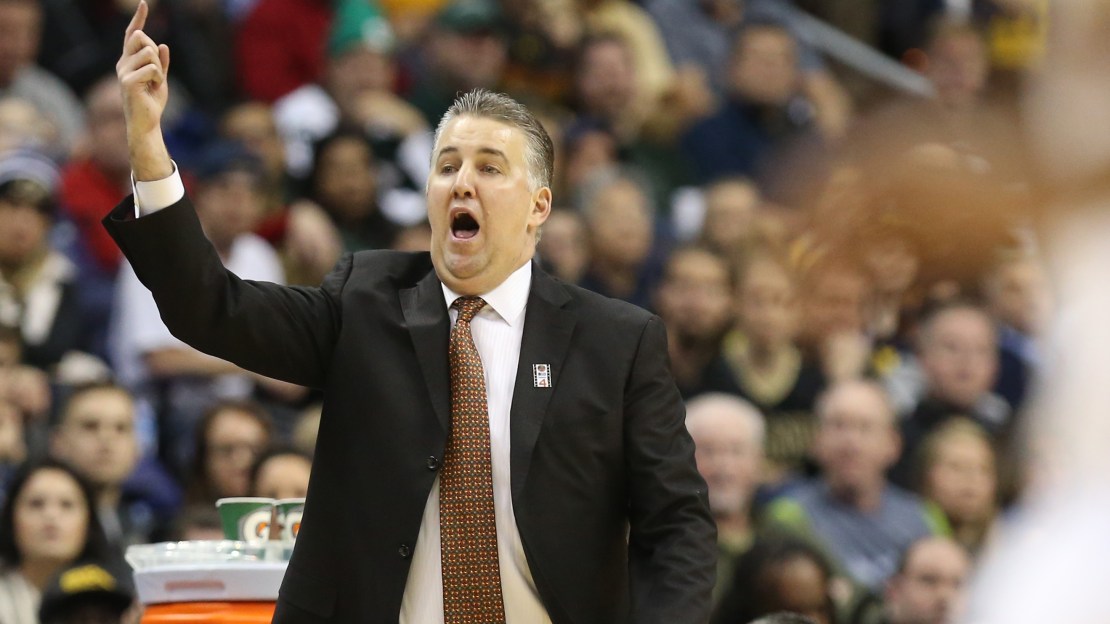 It goes without saying that every school wants to have success in the NCAA tourney. It?s the ultimate measuring stick. And for Purdue, it has fallen short-badly-the last two years.

There is no way to sugarcoat this, so I won?t: Purdue needs to taste victory in the NCAA tourney. It has to. It needs to. It must avoid another first-round meltdown.

Purdue has blown a tire in each of the last two NCAA tournaments. It?s a painful memory that the program wants to put behind it, as the Boilermakers blew late leads in each game.

Against No. 8 Cincinnati two years ago, No. 9 Purdue led by seven points with 48.5 seconds left. But the Boilermakers folded like a cheap suit, as the Bearcats rallied to tie the game and force overtime. From there, Cincinnati took over and won, 66-65. That snapped Purdue?s string of 14 consecutive NCAA tourney appearances with at least one win.

"The guys that are returning, you've got to build on it," Purdue coach Matt Painter said amid the wreckage of the collapse in 2015. "You get into a pressure cooker like this–but anybody who's followed us all year, we've had this happen to us before. You've got to make your free throws, you've got to take care of the basketball, and you've got to do those things down the stretch.

"We didn't do those things, and it came back to get us."

It couldn?t happen again, right? Wrong. Last year, Purdue did a belly flop vs. No. 12 Arkansas Little Rock. It was an epic fail. And it was painful to watch. With 3:30 left in the game, the Boilermakers led by 13 points. Everything was A-OK, right? Wrong. The Trojans rallied to force overtime, eventually winning in double-overtime, 85-83.

Said Painter afterward: "I don't know if the word ?haunted? is correct. It's not a strength of our team and a strength of a couple individuals that are good players. We've just got to continue to work and get better and make improvements in those areas."

On Thursday in Milwaukee, No. 4 Purdue will try to exorcise its NCAA demons when it takes on No. 13 Vermont. Led by Big Ten Player of the Year Caleb Swanigan and with the league regular-season title in tow, this Boiler team is better than the previous two that fell short of expectations the last two Marches. But the team?s inability to finish haunted it again in the Big Ten tourney last week, when it went one-and-done.

It all looked too familiar. Purdue had opportunities to seize control down the stretch but faltered, as the No. 1 Boilermakers lost 74-70 in overtime to No. 8 Michigan, which went on to win the Big Ten tourney.

"It kind of shocks you because you had a chance to close this game out and guys missed free throws who closed out a lot of games this year," Painter said. "It's the law of averages and it's unfortunate because if we'd made our free throws, we'd have won that game."

Not exactly an ideal way for a program with a fragile psyche to enter the white hot spotlight of the NCAA tourney. Those late-game/late-season demons have yet to be exorcised. Players and staff can say what they want about how they have forgotten the past, about how things will be different this time. But until Purdue seals the deal in a big game at the most important time of the year, words won?t matter. Only actions. Winning a tight game on a Tuesday night in January is one thing. Doing it during March Madness before a national audience with the season on the line is a totally different animal.

A loss to tiny Vermont would be a big blow to Purdue, even worse than the confounding defeats to Cincinnati and Arkansas Little Rock. Yes, the Catamounts? 21-game winning streak is the longest of any team in the Big Dance and they are 29-5 overall and went 16-0 in the America East. Still, it?s Vermont. I mean ? c?mon. The Catamounts tallest player is 6-8. Purdue beat this team 107-79 last year. This should be Roadrunner vs. Coyote stuff.

"We had some looks in overtime that we normally make, but we didn't do the necessary things that could have put the game away a while ago," said point guard P.J. Thompson after the loss in Washington, D.C. "That's on us."

Now, it?s time for redemption. It?s time to turn the page for a program looking for its first Sweet 16 since 2010, during the salad days of Robbie Hummel, E?Twaun Moore and JaJuan Johnson. Thompson and backcourt mates Carsen Edwards, Ryan Cline and Dakota Mathias must play well. Maybe fellow guard Spike Albrecht can channel the mojo that made him the darling of the 2013 NCAA tourney during Michigan?s run to the championship game. Because, you know, it?s all about the guards in March ? not the big men.

If the Boilers beat Vermont (even an ugly win will do), that could be an impetus to an extended run in the 2017 NCAA tourney that some are projecting for Purdue. A clash with No. 5 Iowa State probably would loom in the second round followed by a likely tilt vs. No. 1 Kansas. Who knows? Maybe the Boilermakers could make a push to their first Final Four since Joe Barry Carroll led the way in 1980.

"I'm still confident in my group for the NCAA tournament," Thompson said.