NCAA tourney preview: No. 5 Minnesota vs. No. 12 Middle Tennessee 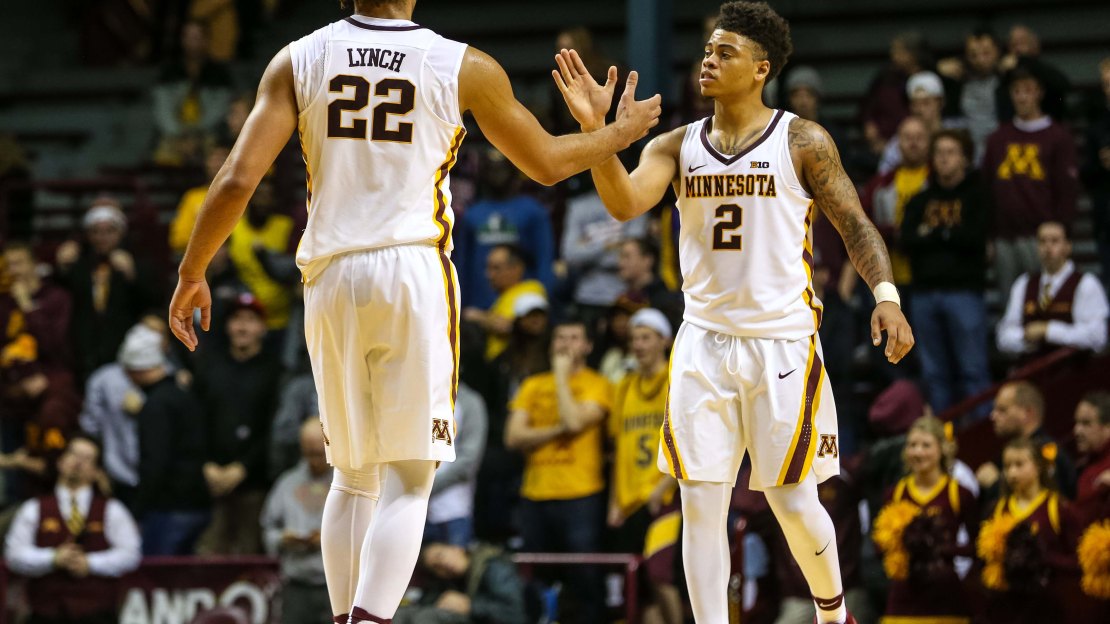 This is the most improved team in the nation, as Richard Pitino has enjoyed a breakout in his fourth season on the job going from 8-23 to 24-9. This isn?t a deep team, though. And depth took another hit in the Big Ten tourney when Akeem Springs suffered a season-ending Achilles' injury. In Minnesota?s last Big Ten tourney game, just six players took part.

This is a long and athletic club led by junior point man Nate Mason, a first-team All-Big Ten talent who paces the team in scoring with a 15.5 average and dishes 5.0 assists per game. He has to play under control, avoid taking bad shots and being sloppy with the ball. And sophomore Jordan Murphy is a double-double machine who is one of the league?s most underrated players, while freshman Amir Coffey is explosive on the wing.

This team and its defensive prowess and top point guard play could win a couple of games in the Big Dance, where it hasn't been since Tubby Smith was coach. But the Golden Gophers need to be careful playing in a No. 5 vs. No. 12 matchup that traditionally has produced a lot of upsets over the years.

No. 5 Minnesota vs. No. 12 Middle Tennessee (Thursday, Milwaukee, South)

Last NCAA appearance: 2013, lost to Florida in third round

Key player: Reggie Lynch. The Edina, Minnesota, native and Illinois State transfer has been a revelation, earning Big Ten Defensive Player of the Year honors after pacing the conference in blocks with 111. He is the ultimate rim protector whose skills allow the perimeter defenders to play tight on their man knowing Lynch is guarding the rim. If he can avoid foul trouble and play 30 minutes, the Gophers figure to be in every game. He is spearheading the Minnesota team blocking effort, as the Gophers lead Division I at 7.0 blocks per game. Lynch has also made his mark on the record books, becoming the new leader for single season blocks among all-time Gophers. He is just the seventh player in Big Ten history to block more than 100 shots in a season.

Key number: 39.8, Minnesota?s field-goal percentage defense. That?s No. 1 in the Big Ten. And it?s a big reason why the Gophers made such a huge improvement from last year and are in the Big Dance for the first time since 2013. Reggie Lynch leads the way, but Jordan Murphy and others also excel on defense.

Know Middle Tennessee: Beware, Gophers! This is a 34-win Blue Raiders team that won C-USA and knocked off No. 2 Michigan State in the first round of last year?s NCAA tourney as a No. 15 seed. In fact, MTSU may be the toughest double-digit seed in the Big Dance. Middle Tennessee is led by veterans in Reggie Upshaw and Giddy Potts, who scored 30 points in the C-USA title game. And Arkansas transfer Jacorey Williams averages a team-best 17.3 points. This is a team that scores. But can it defend?