Badgers roll out the red carpet for some super fans: BTN LiveBIG 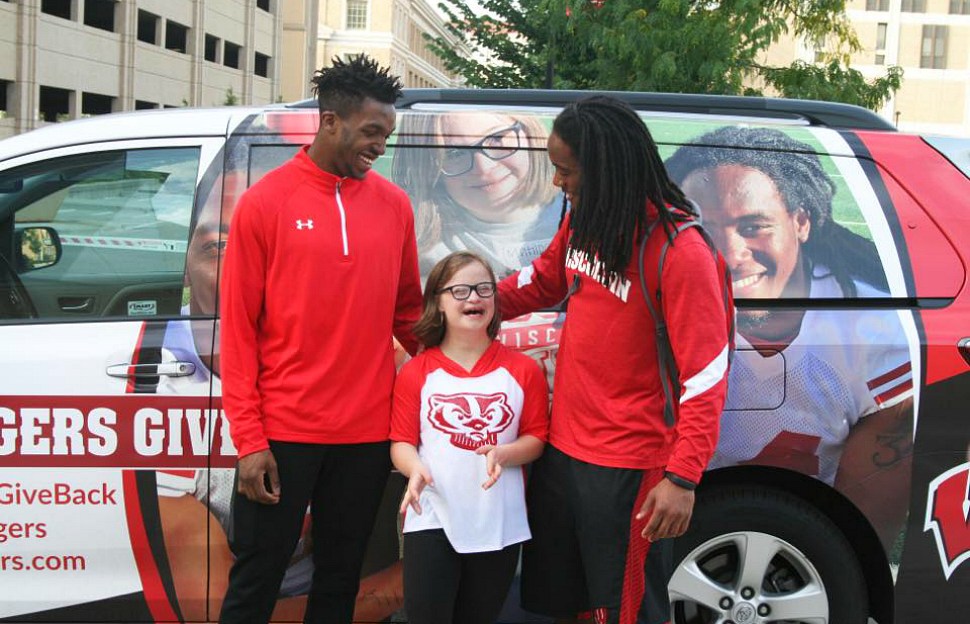 The University of Wisconsin-Madison men?s basketball team has been crushing it lately and we?re not even talking about on the court.

Recently the Badgers have been taking time out of their very busy schedules - what month is it again? - to make the dreams of some very special fans come true.

For six-year old Kaitlyn Thomma, getting out of the house to go see a basketball game at the Kohl Center is a big deal in and of itself. That?s because two years ago Kaitlyn was diagnosed with leukemia. Now a patient at American Family Children?s Hospital, her days are dictated by her treatments and well she is feeling.

On March 2nd, though, Kaitlyn didn?t just get to cheer on her beloved Badgers; she sat courtside as an honored guest of the team and got to join them for the post-game huddle, where her bravery was highlighted by Coach Greg Card.

"The game was beneficial for our family as we spent time together cheering on the Badgers," says Kaitlyn?s father Mike Thomma, speaking to the University of Wisconsin news service. "Kaitlyn was having so much fun and enjoying the moment that it was a nice distraction from the Leukemia and her treatment."

This was all made possible by Badgers Give Back, a four-year-old organization that leverages the influence and star power of student athletics for the benefit of a variety of charities. Their Wish Upon a Badger program, much like the Make-A-Wish program that inspired it, helps ill or indisposed Wisconsin fans live out their dreams by organizing one-of-a-kind experiences with Badger athletic teams.

Sam Schaaf recently had one of those experiences. Schaaf?s not sick, though, he?s stationed overseas serving in the US Air Force. While he watches as many Wisconsin basketball games as he can, it?s nowhere near as many as he?d like.

So when Schaaf got a rare trip back stateside, his mom Deb knew she wanted to make it special. Deb emailed Coach Card about her son?s upcoming visit and desire to see a game at the Kohl Center. Card forwarded the email on to the Badgers Give Back staff who not only got Schaaf and his family courtside seats, but an autographed ball and a chance to meet the players and coaches.

For Deb Schaaf, it was a game like no other.

?He?s only home for seven days, and then I won?t see him probably for eight, nine months. And that?s a maybe. He might be home for Christmas. He might not. I just don?t know when I?ll see him again. It?s usually once, maybe twice a year,? says Deb Schaaf, speaking to USA Today College. ?I?m just so excited for the whole experience. I?m just really excited to be able to share this with my son.?