Dienhart: A look at the 2017 NCAA tournament field 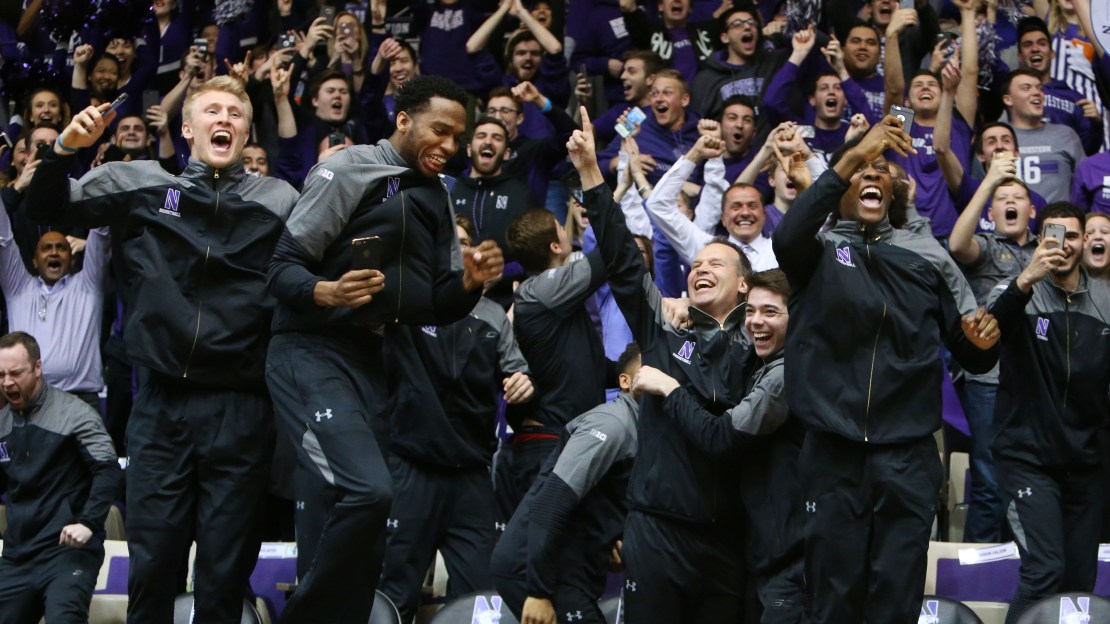 The 2017 NCAA Men?s Basketball Tournament bracket is set. Let the madness begin, as the Big Ten looks to win its first national title since Michigan State cut down the nets in 2000.

Seven Big Ten teams made the field: Maryland, Michigan, Michigan State, Minnesota, Northwestern, Purdue and Wisconsin. This will be Northwestern?s first trip ever, while Michigan is coming off a stirring four-wins-in-four-days march to the Big Ten tourney title that has captivated America. And Minnesota is dancing for the first time since 2013.

Seeded too high: No. 5 Minnesota. The Gophers lost twice to Wisconsin and finished behind the Badgers in the league standings. And UW advanced further in the Big Ten tourney than the Gophers. Still, Goldy is three seeds better than No. 8 Bucky? Also need to mention to Purdue, whose No. 4 seed raised some eyebrows after the Big Ten regular-season champion Boilermakers were unceremoniously dumped in their opening Big Ten tourney game.

Seeded too low: No. 8 Wisconsin. The resume speaks for itself. Yes, UW was 2-5 down the stretch before making a run to the Big Ten tourney title game after a second-place regular-season finish. Let?s see if the Badgers can tap into a recent history that has them as the only school to reach the Sweet 16 in each of the last three seasons.

Toughest potential second-round game: Wisconsin. Beat Virginia Tech in the 8-9 game, and the Badgers will likely have to take on tourney No. 1 overall seed and defending national champion Villanova. Thanks, NCAA Selection Committee. Still, if any No. 8 seed could make a No. 1 seed sweat, it?s Wisconsin. The Badgers are a veteran bunch that has played a lot of big games in March. Seniors Bronson Koenig and Nigel Hayes won?t be fazed.

Best opening matchup: No. 8 Miami (Fla.) vs. No. 9 Michigan State, Midwest Region. The Hurricanes are an athletic bunch that can play above the rim. And they are coached by savvy Jim Larranaga, who led George Mason to the Final Four in 2006. And he took the Canes to the Sweet 16 last year. The Spartans have their share of athletic ability, led by freshman phenom Miles Bridges. And few coaches are better in March than Tom Izzo, who has seven Final Fours and one national title to his credit.

Teams most likely to advance to the Sweet 16: Gotta like the chances of No. 4 Purdue in the Midwest, No. 5 Minnesota in the South and No. 7 Michigan in the Midwest,

Sleeper: No. 8 Northwestern. The Wildcats are playing with house money, as they make their first ever NCAA trip. This is all gravy. Play loose ? have fun ? no pressure. That makes this very good team very dangerous. And NU has the requisite good guard play needed to excel in March, led by Bryant McIntosh. NU can handle No. 9 Vanderbilt in the opening round of the West Region. Then, No. 1 Gonzaga likely would loom. And, it?s the least scary of all the No. 1 seeds. On the other side of Northwestern?s bracket are No. 4 West Virginia and No. 5 Notre Dame. Interesting.

Easiest path to the Final Four: No. 7 Michigan in the Midwest. There isn't an easy path for a Big Ten team, what with the higher-than-usual seeds across the board. But the Wolverines are smoking hot and their side of the bracket doesn?t include the No. 1 seed Kansas. That helps. Michigan opens vs. No. 10 Oklahoma State and then would likely have to meet No. 2 Louisville, which is beatable. Then, No. 3 Oregon would figure to loom in the Sweet 16. Make it that far, and then the Jayhawks would figure to be waiting in the Elite Eight.

Toughest regional: South. It?s a close call with the East. But the South is anchored by No. 1 North Carolina, No. 2 Kentucky, No. 3 UCLA and No. 4 Butler. This is the home of No. 5 Minnesota, which will have its work cut out for it. The Gophers open vs. No. 12 Middle Tennessee, a 34-win C-USA champ team that dumped Michigan State in the opening round last year. Other tough squads in the South are MVC champ Wichita State, underseeded at No. 10.

Toughest draw: Wisconsin. The Badgers are gonna earn everything they get in their East Region. Things begin vs. No. 9 Virginia Tech. Win that, and No. 1 Villanova figures to loom. Should Wisconsin reach the Sweet 16, No. 4 Florida or No. 5 Virginia should be there. Each was among the best in their respective league. In fact, the Gators finished second in the SEC to Kentucky. UVa ranked as high as No. 12 earlier this season. On the other half of the East bracket, No. 2 Duke and No. 3 Baylor loom, along with dangerous No. 6 SMU, the 30-4 champ of the American

Best chance to get upset in first round: No. 6 Maryland needs to be careful vs. No. 11 Xavier in its opening game. The Musketeers are a well-coached bunch under Chris Mack. The Terrapins are coming off an upset loss in the Big Ten tourney to Northwestern, going 2-4 in its last six games. At one point this year, Maryland was 20-2 (8-1 Big Ten) and ranked No. 17 in the nation. Seems like a long time ago.

Best player matchup: Oklahoma State?s Jawun Evans vs. Michigan?s Derrick Walton. Evans already is receiving All-American honors, averaging 19 points. Walton is playing as well as any point man in the nation coming off an MVP effort in the Big Ten tourney for a team that has won 10 of its last 11.