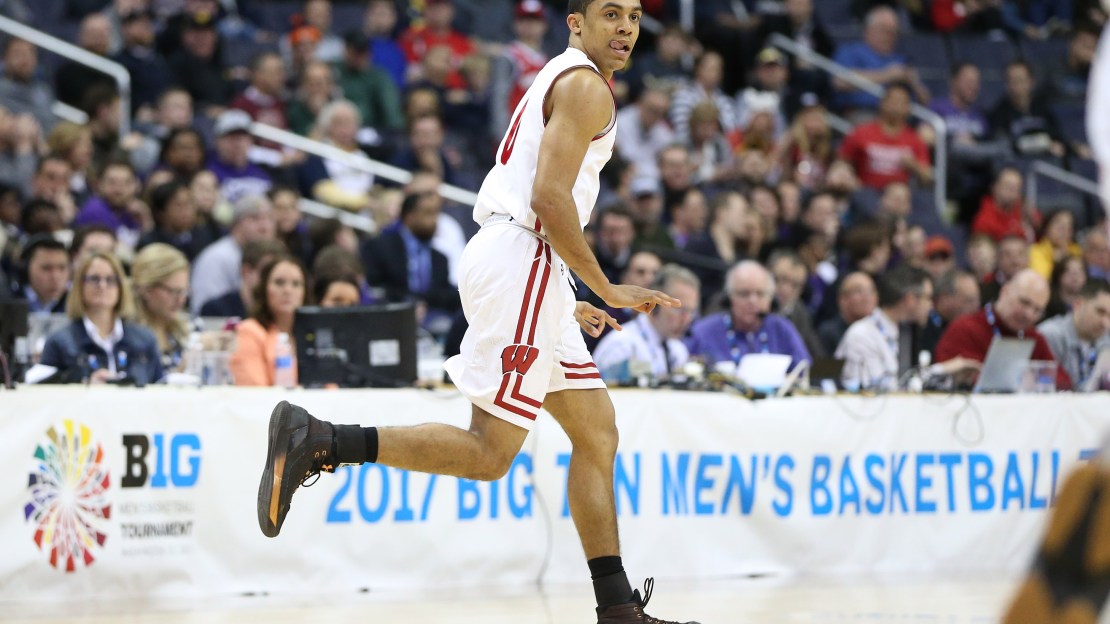 WASHINGTON — Wisconsin is back, baby! And the rest of the nation should be worried. The Badgers were looking to regain their rhythm when they arrived in Washington, D.C., as the No. 2 seed in the Big Ten tourney. Mission accomplished.

The Badgers went 2-5 down the stretch but finished with a home win vs. Minnesota on Senior Day and next toppled No. 10 Indiana in the Big Ten tourney before squashing No. 6 Northwestern, 76-48, in the second semifinal Saturday.

Now, UW will take on No. 8 Michigan in the title game on Sunday.

No shame in losing for No. 6 Northwestern, which has enjoyed a season for the ages. The Wildcats? 23 wins this season are a school record while they reached 10 Big Ten wins this season for the first time since the 1932-33 campaign. The Wildcats tied for fifth place in the league standings, their best Big Ten finish since tying for fifth in 2003-04. It has been a program-changing effort led by the trio of Vic Law, Scottie Lindsay and Bryant McIntosh. NU went 3-6 down the stretch in the regular season but enjoyed a nice run in the Verizon Center, knocking off No. 14 Rutgers and No. 3 Maryland before falling to the Badgers. Now, it?s on to their first ever NCAA tourney.

Get the best from Wisconsin's semifinal win below.

Top star: Nigel Hayes, Wisconsin. The senior was a man among boys, notching game highs in points (18) and rebounds (11). He also dished out two assists and committed zero turnovers. Ethan Happ was pretty good, too, tallying 16 points with eight rebounds.

Top dunk: It didn?t take Wisconsin?s Nigel Hayes long to make his presence felt, as the senior sent home a big dunk at the 15:30 mark to stake the Badgers to a 7-0 advantage.

It was over when: Wisconsin was basically in control from the onset, building leads of 7-0, 15-3 and 16-8 out of the gate en route to forging a 38-21 halftime lead. The Wildcats looked like they were running out of gas vs. the Badgers, who were much more physical and aggressive than the Wildcats. Wisconsin ran away with the game in the second half in what became a blowout.

Did you see that? During a late timeout, inside the Wisconsin team huddle, a water cup being passed by assistants landed on the back of Greg Gard's head. It was empty, but that didn't keep the Badgers from making it a fun moment.