How an Ohio State professor will save East Africa $1.25 billion dollars: BTN LiveBIG 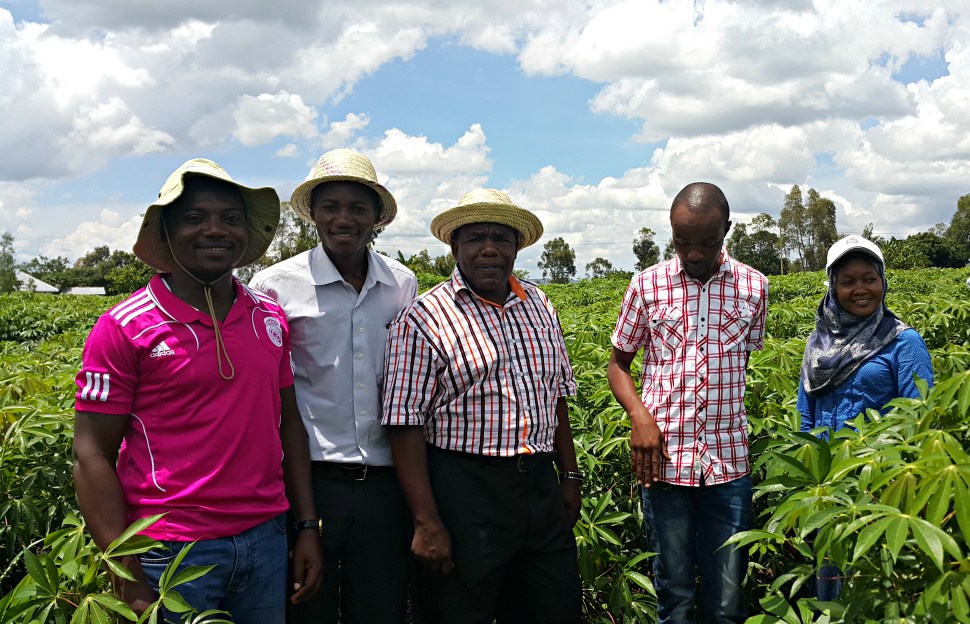 If the efforts of an Ohio State University professor are successful, she?ll save the East African economy $1.25 billion dollars in lost revenue by focusing on a little-known (in the U.S., at least) plant called the cassava.

The cassava plant might not be as popular on stateside grocery lists as say, bananas, but the starchy root vegetable is a food staple in tropical and subtropical climates. In East Africa, farmers rely on the cassava plant to feed their families and/or earn an income.

But with the good, comes the bad. And that?s where the cassava brown streak virus enters the picture.

Transmitted by tiny whiteflies, the virus infects the stem of the cassava plant, causing rot and rendering the plant inedible and therefore unsellable.

According to The Ohio State University?s Translational Data Analytics (TDA) program, an estimated $1.25 billion worth of cassava plants succumb to brown streak virus every year. Furthermore, those lost crops can affect over half a billion African people who rely on the plant.

Laura Kubatko, Ph.D., Professor of Statistics at Ohio State, is working with collaborators around the world on the Cassava Disease Diagnostic Project to learn about the virus and create practical tools for farmers in affected East African countries such as Tanzania, Kenya and Rwanda.

Kubatko calls it a ?global, interdisciplinary project? and says, ?It?s really an integrated approach that hopefully is the new way that things work in the world - pulling strength from all over the place.?
The ongoing project involves genetic analysis of the cassava brown streak virus and the whiteflies that transmit it.

The team - which also includes Joseph Ndunguru, Ph.D. at the Mikocheni Agricultural Research Institute in Tanzania - has already made great strides in understanding the evolution of the cassava brown streak virus itself, the details of which are outlined in a 2016 research paper.

Laura M. Boykin, Ph.D., Senior TED Fellow and Senior Research Fellow at the University of Western Australia, says, ?We have found that the cassava brown streak disease viruses are much more diverse than previously thought, which make sustainable solutions a bit more difficult.?

At Ohio State, Kubatko is focused specifically on the whiteflies, using translational data analytics to study their DNA sequences and identify potential similarities and differences.

?There could be 500 species of whiteflies there, or they could be all the same, so the first part of the project is to really understand how much genetic diversity is there in the whiteflies,? says Kubatko.

Through the analysis, researchers hope to learn more about how whiteflies interact with the cassava plant and virus and therefore, hopefully, determine ways to stop transmission.

Data analytics is at the core of this problem, and Ohio State has shown a deep commitment to the field, becoming the first research university to offer it as an interdisciplinary bachelor?s degree.

Kubatko, who also teaches in the major, explains, ?Data analytics is really this intersection where we require creative approaches based on the statistical analysis but also just the processing and managing of very large-scale data.?
The ?translational? part involves taking new developments - such as a new statistical methodology or a new way to store and process data - and applying those to real-world problems.

As that relates to the cassava plant, Kubatko explains, ?We want to come up with computational tools that someone with a laptop in a field in Africa can use to analyze their fly that they?ve collected and say, ?Which species is it, and how much do I need to be worried about it???

As for Boykin, she is most proud of the global teamwork involved in addressing this complex challenge, and she shares some encouraging results.

?The proof of this teamwork is in the cassava yield increases already being observed in southern Tanzania where they are seeing a 5tonnes/hectare to 35 tonnes/hectare increases,? Boykin says. ?Science and teamwork are driving the change for the farmers.?