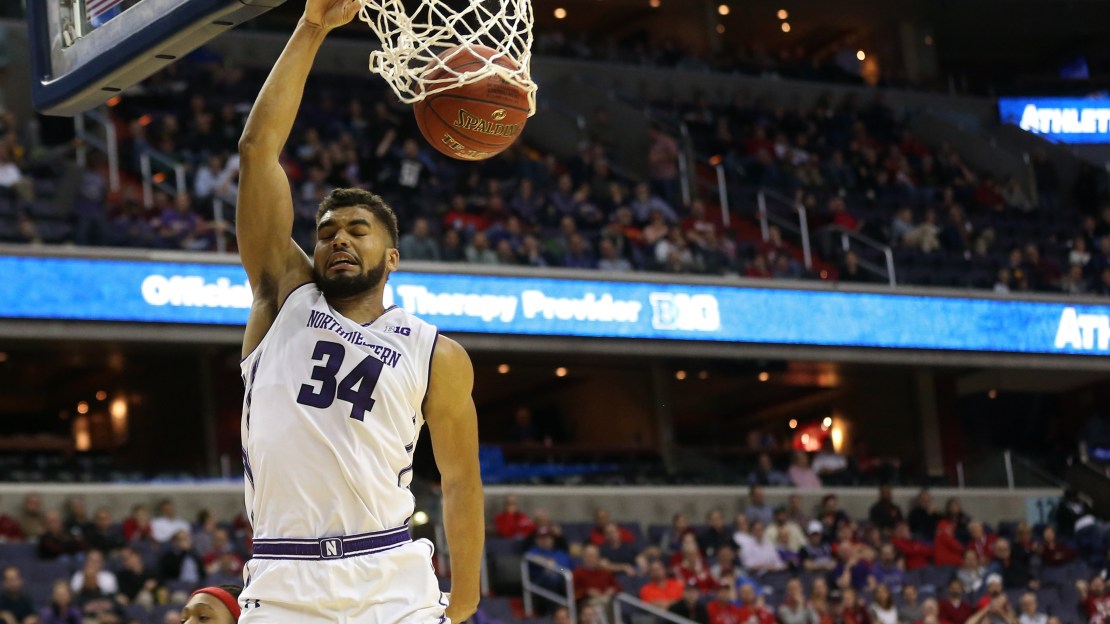 WASHINGTON — The Cinderella story keeps getting better. Northwestern?s NCAA ticket already is stamped, but the Wildcats want to build some mojo after going 3-6 down the stretch. NU?s 22 wins are a school single-season record. And its 10 conference victories are the most since 1932-33. And on it goes in this magical ride.

And it continues, as the No. 6 Wildcats-the program?s highest seed ever–took down No. 14 Rutgers, 83-61, in their opening Big Ten tourney game, pushing on to play No. 3 Maryland on Thursday. Everyone got a chance to get in on the action for NU on this night.

Top star: Vic Law, Northwestern. He hit 5-of-6 shots for 16 points to go with four assists and five boards. He was active and impactful.

Top dunk: Scottie Lindsey was streaking down the left wing when he spotted Vic Law angling toward the rim on the right wing. Lindsey lofted a perfect pass to the edge of the rim that Law caught and crushed into the rim to give the Wildcats a 30-9 lead.

It was over when: Rutgers had a lead at one point in this game. Then Northwestern went on a 31-0- run to take a 37-9 edge, capped by a Sanjay Lumpkin dunk with 6:18 left in the first half. Finally, Nigel Johnson of Rutgers hit a 3-pointer to get the Scarlet Knights to double-digits and break NU?s run. But, it was too late. The Wildcats led 42-24 at halftime and never looked back.

Did you see that? Northwestern alums Brad Hall and Julia Louis-Dreyfus were in attendance to watch their son Charlie Hall. Bonus, Hall got in the game and grabbed two boards.