Best jerseys from Thursday at the Big Ten Tournament 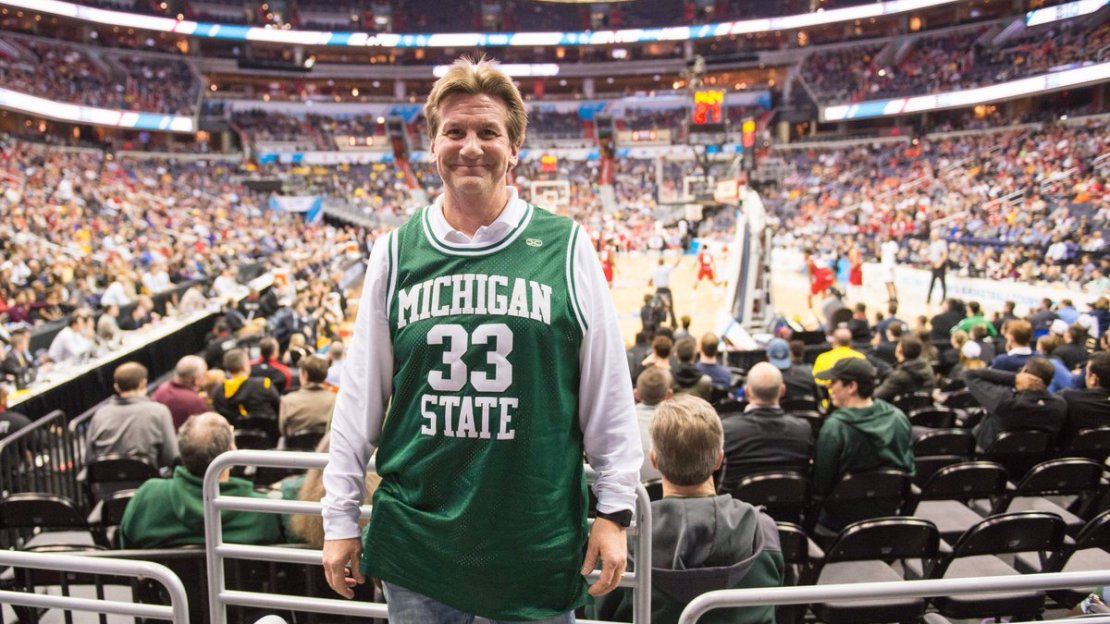 WASHINGTON — Big Ten pride has been on display all across Washington, D.C. since the Big Ten Tournament began Wednesday. Try touring one of the District's many monuments or historic sites this weekend without seeing fans decked out–you can't.

With a great crowd on hand for Thursday's action, we went out among the people in search of the best Big Ten jerseys we could find.

BTN's Jess Settles interviewed Chris Newton, who was sporting a jersey in honor of Robert "Tractor" Traylor. The former Michigan star passed away in 2011.

This @umichbball fan has a funny story about his sweet Tractor Traylor jersey. https://t.co/qQcSQyZiE7

It's only been a year since Yogi Ferrell led Indiana to the outright Big Ten title, and it felt like he was with the Hoosiers for eight years before that. Caroline Emoff, of D.C., wore Ferrell's No. 11 as her Hoosiers shot the lights out like Yogi on the way to a 95-67 win over Iowa.

We searched for the best @IndianaMBB jerseys in Verizon Center tonight, so you know we had to find a @YogiFerrell11 uni. ? pic.twitter.com/wNxXdVo7vZ

Draymond Green has probably been the most visible former Big Ten basketball star in the last handful of years, so it wasn't surprising to see Michigan State fan Logan Henkelman repping the Warriors star.

Draymond's in the house, too! pic.twitter.com/Jh4HbLxLWx

We all know it's been a banner year for Northwestern, and no one is enjoying it more than Stephen Levitt and his mom Nicole. Even though his jersey says No. 1, Stephen's favorite player is Bryant McIntosh. Good choice, Stephen. Gotta love the "Mama Cat" shirt, too.

These @NUMensBball fans are ready to roll at Verizon Center. ? pic.twitter.com/C74QxmOIuW

This Iowa basketball season has included several tributes to former Hawkeye Kenny Arnold, who is currently battling complications from a brain tumor. D.C.-area Hawkeye fan Mike Kuhse ordered one of the special Kenny Arnold shooting shirts that the team has worn before games this season in honor of Arnold.

Great to see Kenny Arnold's number in the stands at Verizon Center tonight. @IowaHoops fans have your back, Kenny. ? pic.twitter.com/Bbu6kVLxoF

Last but not least, we caught up with Michigan State fan Jeff Kenney, who was rocking one of the most legendary Spartans jerseys of all time.

Our search for the best @MSU_Basketball jerseys in Verizon Center tonight led us to this gem. ? pic.twitter.com/GMvktopTWE