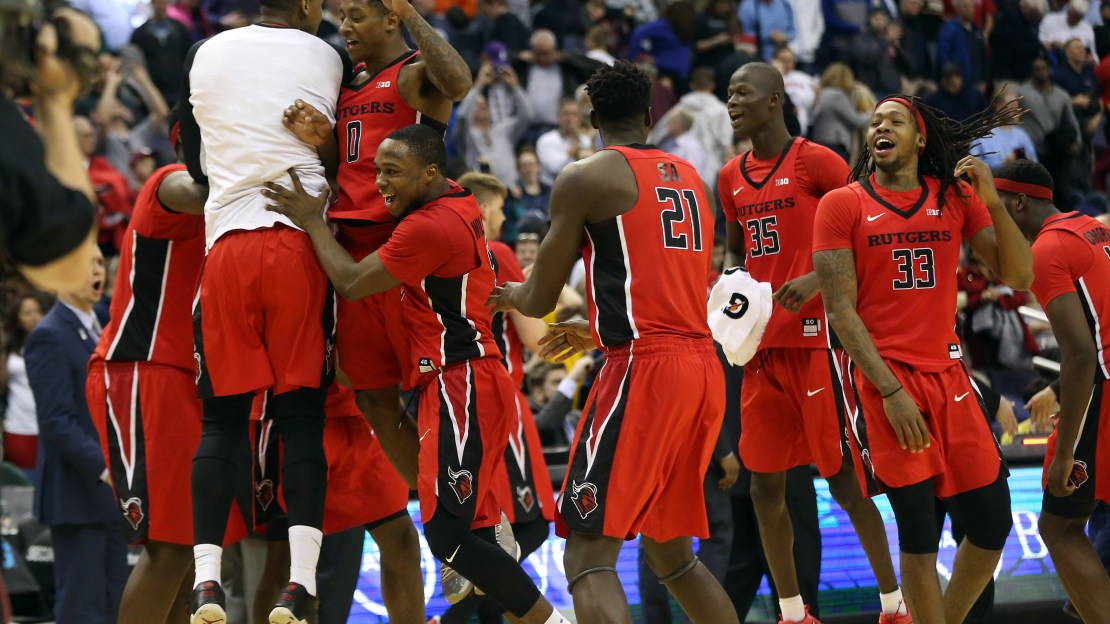 WASHINGTON — Let?s hear it for Rutgers! The Scarlet Knights claimed their first Big Ten tourney triumph with a 66-57 victory vs. Ohio State.

Rutgers arrived in the Verizon Center as the No. 14 seed after finishing last in the Big Ten. But RU was close in many games this season under first-year coach Steve Pikiell, who is flipping the script for this long-struggling program. This defeat ends another disappointing season in Columbus for a No. 11 Buckeye squad that will miss the Big Dance for a second season in a row. That hasn?t happened since OSU missed the NCAA tourney from 1993-98. Rutgers will take on No. 6 Northwestern on Thursday.

Here's the best from Rutgers' win vs. Ohio State.

Top star: Nigel Johnson, Rutgers. Johnson led all scorers with 21 points. He hit 5-of-11 shots (3-of-6 from 3-point land) and all eight of his free throws.

Top stat line: Nigel Johnson was outstanding. The fact he hit all eight of his free throws was big, as Rutgers hit 13-of-19 (68 percent) from the charity stripe compared to just 15-of-28 (53 percent) for the Buckeyes.

Top stat: 47, rebounds for Rutgers compared to just 31 for Ohio State. That led to 22 second-chance points for the Scarlet Knights. RU also got 32 bench points to just 8 for OSU.

Top dunk: Deshawn Freeman, Rutgers. This game didn't feature a lot of dunking, but Freeman's contested two-handed dunk in the first half was pretty nice.

It was over when: The Scarlet Knights took a 53-48 edge with 6:45 remaining on a Candido Sa basket set up by yet another offensive rebound. RU never looked back.

Did you see that? As expected, Rutgers celebrated its first Big Ten victory in great style. Check out Coach Pikiell!