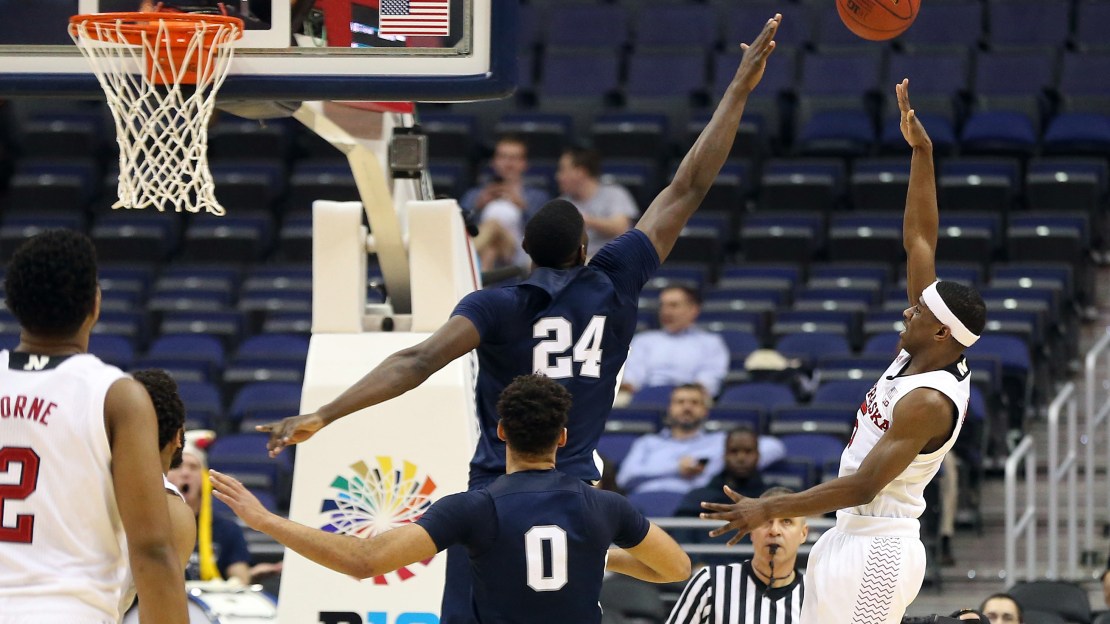 WASHINGTON — Penn State arrived in Washington on a five-game losing streak, but that didn?t dim the confidence of this squad. This is a program in the midst of maturing around a talented corps of three freshmen in Tony Carr, Lamar Stevens and Mike Watkins. And those three played well in helping the Nittany Lions take down Nebraska ? especially Watkins.

No. 13 PSU took a 76-67 OT win vs. No. 12 Nebraska and will play No. 5 Michigan State on Thursday. In 2015, Penn State was a No. 13 seed and went 2-1, advancing to the quarterfinals. The Nittany Lions have appeared in one title game, coming in 2011. Nebraska?s season ends with a five-game losing skid as questions loom over the program.

Here's a look at the best from Penn State's opening-round win vs. Nebraska.

Top star: Mike Watkins, Penn State. The 6-9 redshirt freshman was a force, scoring a game-high 18 points on 9-of-12 shooting to go with 11 rebounds and a Big Ten tourney single-game record eight blocks.

Top stat line: Watkins did it all for PSU, hitting 9-of-12 shots (75 percent) and pulling down 11 rebounds with eight blocks and two steals. Hat?s off to Lamar Stevens, too, as he hit 5-of-9 shots (2-of-2 from 3-point land) with five rebounds en route to tallying 16 points.

Top stat: 8, blocks for Penn State?s Mike Watkins, which, as mentioned above, is an event record.

Top dunk: With under 12 minutes left in the game, Nebraska big man Jordy Tshimanga drove the lane and delivered a monstrous dunk with all of his 275 pounds behind it to cut Penn State?s lead to 47-41.

It was over when: Penn State saw a 53-44 lead with 7:37 left melt away and had to go to OT with the tilt tied 60-60. That?s where the Nittany Lions took care of business. A Lamar Stevens three-pointer gave PSU a 63-60 lead, and it never looked back. The Nits took control with an impossibly deep 3-pointer from Shep Garner that circled the rim and fell through to give PSU a 68-62 lead with 2:16 left. The Nittany Lions went on to take a 76-67 victory.

Did you see that? With a little over five minutes to play, Nebraska?s Tai Webster fell while defending Tony Carr ?. and lost a shoe in the process. Carr dished to Mike Watkins who dunked the ball to give PSU a 55-46 lead.