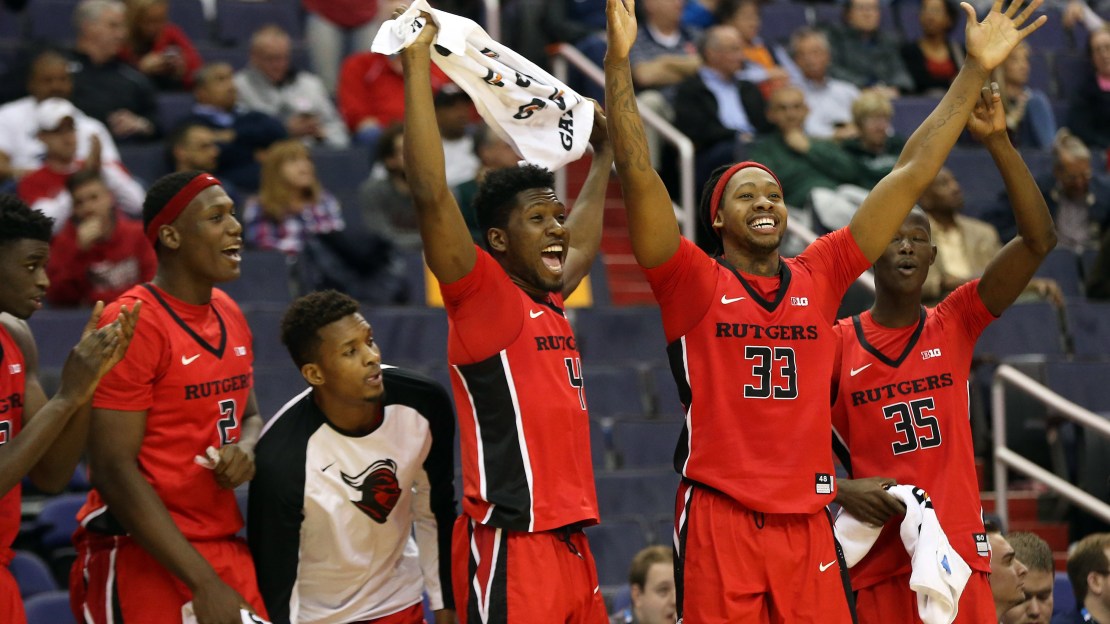 One day is in the books. And here is a look at BTN.com?s All-Big Ten Team … for Wednesday.

Mike Watkins, Penn State. He did it all, hitting 9-of-12 shots for a game-high 18 points while also grabbing 11 rebounds. The redshirt freshman also blocked a Big Ten Tourney record eight shots. It was Watkins? eighth double-double of the season.

Shep Garner, Penn State. He notched 16 points on 4-of-7 shooting (all from 3-point range) and was 4-of-4 from the free throw line, as Penn State hit 21-of-26 from the charity stripe including its last 10.

Nigel Johnson, Rutgers. He led all scorers today with 21 points. Johnson hit 5-of-11 shots (3-of-6 from 3-point land) and all eight of his free throws in an upset win vs. Ohio State. It was RU?s first ever Big Ten tourney win.

Jae?Sean Tate, Ohio State. He tallied 18 points, hitting 6-of-8 free throws with six rebounds, three assists and two blocks. He hit just 6-of-11 free throws and committed seven of his team?s 14 turnovers, but Tate gave his all in a loss to Rutgers.