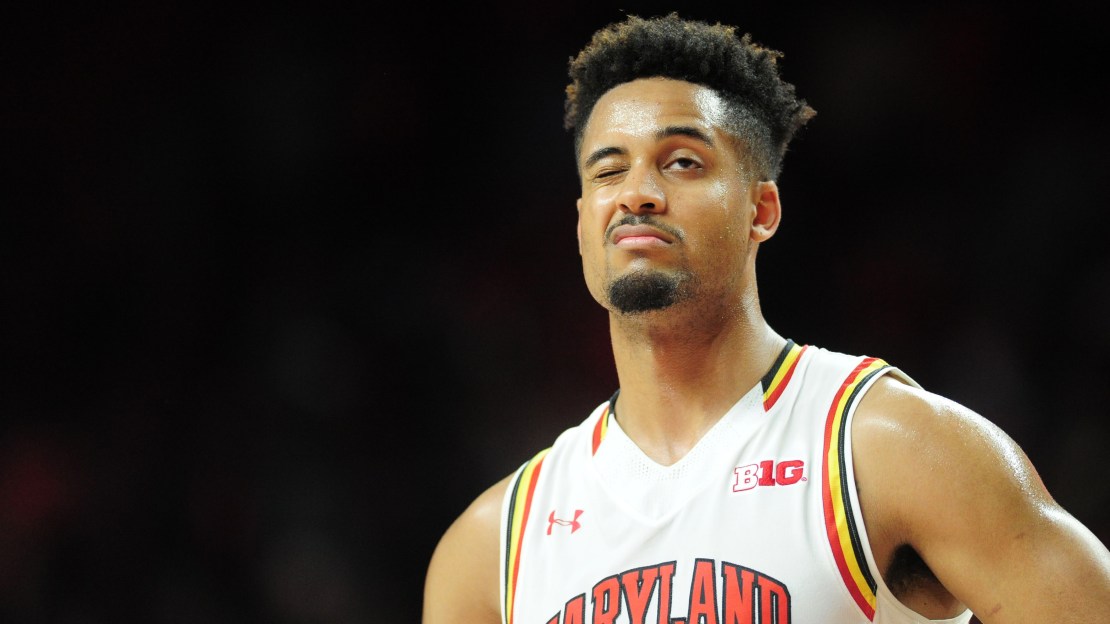 The regular season is over. The Big Ten tournament starts Wednesday in Washington D.C.

1. Caleb Swanigan, Purdue. Swanigan posted 25 double-doubles, tied for the most in the nation, en route to leading Purdue to the outright Big Ten title. Enough said.

2. Melo Trimble, Maryland. The junior led a trio of freshmen starter to a second-place tie and continued his brilliance in close games, the latest example coming on a game-winning 3-pointer in the season finale.

3. Ethan Happ, Wisconsin. Despite the recent struggles on the offensive end, the conference's most versatile player has remained a terrific rebounder, distributor and defender.

4. Miles Bridges, Michigan State. The fantastic freshman came in with high expectations, and he lived up to them on his way to averaging 16.8 points, 8.3 rebounds, 2.0 assists and 1.6 blocks.

5. Peter Jok, Iowa. The senior welcomed four new starters and battled injury, and yet he led the conference in scoring (20.2), while also contributing as a rebounder (5.7 rpg) and a passer (2.7 apg).

7. Nate Mason, Minnesota. The catalyst for the most improved team in the country finished second in the league in assists (4.8) and assist-to-turnover ratio (2.7), and fourth in scoring (17.2).

8. Malcolm Hill, Illinois. The veteran really turned it on late in the season, averaging 19.2 points, 4.4 rebounds, 4.8 assists and 2.0 steals over the final five games.

9. Jordan Murphy, Minnesota. As Murphy goes, it seems, so go the Gophers. Prior to Sunday night's dud – foul trouble limited him to 14 minutes – the sophomore cruised to double-doubles in six of the previous seven games.

10. Tai Webster, Nebraska. Here's a wild stat: Webster's 8-point effort in Sunday night's season-ending loss to Michigan marked the only time he failed to score in double figures all season.