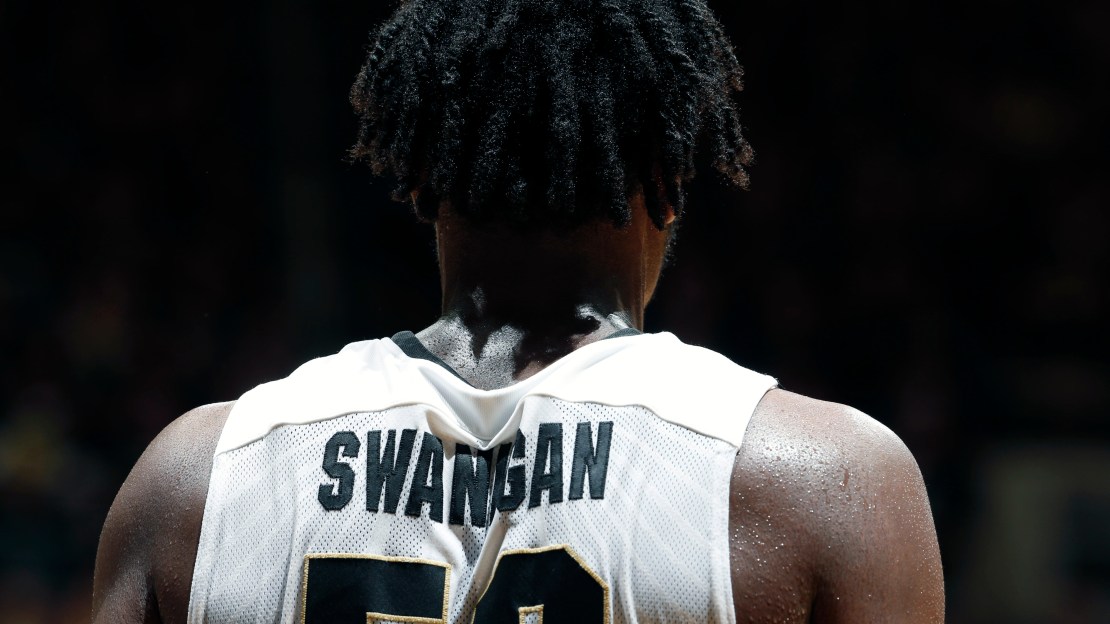 Let March Madness begin! The regular season is over. Now is the time of year when reputations are earned. Big Ten champ Purdue finished strong, winning eight of its last nine. Now, the Boilermakers will look to win their first Big Ten tourney title since 2009. But Minnesota, Maryland and Wisconsin, among others, will make a push.

But before rushing off to the Big Ten tourney in Washington, D.C., take a look at what happened last week.

Best team: Purdue. It has to be. The Boilermakers won a pair of games, vs. rival Indiana and at Northwestern, to wrap up their first outright Big Ten title since 1996. Purdue finished 14-4, and it will have the top seed in the Big Ten tourney, which tips Wednesday.

Best game: Michigan at Northwestern. This one's easy. The fact the Wildcats won what may felt was a must-win game was big in its own right; the fact they did so in such dramatic and unforgettable fashion made this an epic game. People, not just Northwestern fans, will be talking about this game, more specifically the wild finish that saw Nathan Taphorn deliver a perfect full-court inbound pass to Dererk Pardon, who made a layup to give Northwestern the last-second 67-65 win.

Best player: Caleb Swanigan, Purdue. After going back-to-back games without a double-double last week, Swanigan was his old self in wins vs. Indiana and at Northwestern. The likely Big Ten Player of the Year posted a pair of double-doubles, averaging 20.5 points, 12 rebounds three assists and 1.5 blocks, including a 21-point, 10-rebound effort in Purdue's rivalry win over the Hoosiers to clinch the Big Ten title.

Best stat line: Derrick Walton Jr., Michigan. The point guard was unbelievable in a blowout win at Nebraska on Sunday night, registering 18 points, 16 assists and five steals. To top it off, he had just two turnovers. And hat?s off to Indiana?s Robert Johnson, who hit 10-of-17 shots for 26 points with six rebounds and six assists in a 96-92 win at Ohio State on Saturday.

Best stat: 21, wins for Northwestern after it knocked off visiting Michigan on Wednesday. That?s a program single-season record. NU also got its 10th Big Ten victory, its most since 1932-33. Yes, Northwestern finished with a home loss to Purdue on Sunday. Still, the Wildcats look headed to their first NCAA tourney ever.

Best shot: So many candidates, so I'm going to go with a trio of game-winning 3-pointers. First, there was Jordan Bohannon's game-winner vs. Wisconsin on Thursday, and then there were Deshawn Freeman and Melo Trimble's game-winners Saturday.

Best dunk: Dupree McBrayer, Minnesota. On Thursday vs. Nebraska, McBrayer drove left and soared for a beaut of a one-handed jam. In a word, it was a ?hammer.?

Best pass: Nathan Taphorn, Northwestern. A pass that will live on in college basketball lore, let alone Northwestern, Taphorn's full-court inbound heave to Dererk Pardon for the last-second win was legendary. Making it all the more impressive, it likely punched Northwestern's first NCAA tourney berth. The pass, and eventual game-winner, was great live, but I like it even more in slomo.

Best sequence: Ohio State at Penn State final seconds. It looked like Penn State was going to beat Ohio State on standout freshman Tony Carr's deep 3-pointer with less than 10 seconds left, but Jae'Sean Tate and the Buckeyes had other ideas. Tate inbounded the ball, got the ball back and drove the length of the court for the game-winning layup.

Best tweet: Northwestern football's recreation of the pass to beat Michigan. This is all kinds of excellent.

Thad Matta on Robert Johnson's big day: "We're a get-well card for guys. You're struggling? Play Ohio State and get out of your slump."

Did you see this? Tai Webster, Nebraska. Nebraska treated star Tai Webster to quite the Senior Night on Sunday. There was the usual pregame festivity on the court, but there also was the New Zealand National Anthem played before the game.

Did you see this, Part II? At least two Big Ten coaches are tired of the Big Ten being disrespected this season. Tom Izzo and Mark Turgeon made that clear in their postgame press conference following the latter's season-ending victory over the former.