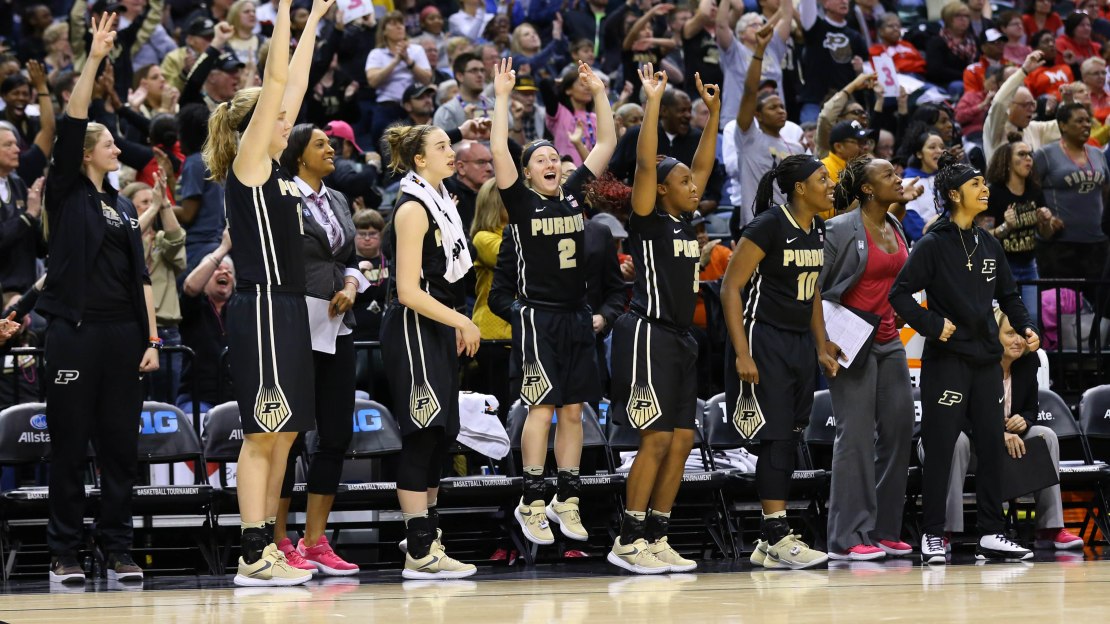 The full scoreboard is right here.

(AP) Ashley Morrissette had 24 points and seven assists as Purdue upset No. 9 Ohio State 71-60 on Saturday to advance to the Big Ten Tournament championship game. The Boilermakers and the Buckeyes were tied 11 times in the first half. Purdue (21-11, 10-6) made eight 3-pointers, including two at the end of the half that gave it a five-point lead at the break. Dominique Oden scored 20 points and Bridget Perry finished with 11 for the Boilermakers, who were never seriously threatened in the second half.

No. 6 Michigan State vs. No. 2 Maryland 100, No. 6 Michigan State 89 (Boxscore | Recap | Watch repay on BTN2Go)
(AP) Brionna Jones scored 21 of her career-high 32 points in the second half and No. 4 Maryland beat Michigan State 100-89 on Saturday night to reach the Big Ten title game. Shatori Walker-Kimbrough added 22 points, and Destiny Slocum and Kaila Charles each had 18 for the Terrapins (29-2). They will play Purdue in the championship game Sunday night. Tori Jankoska led Michigan State (21-11) with 31 points, and Branndais Agee had 24.