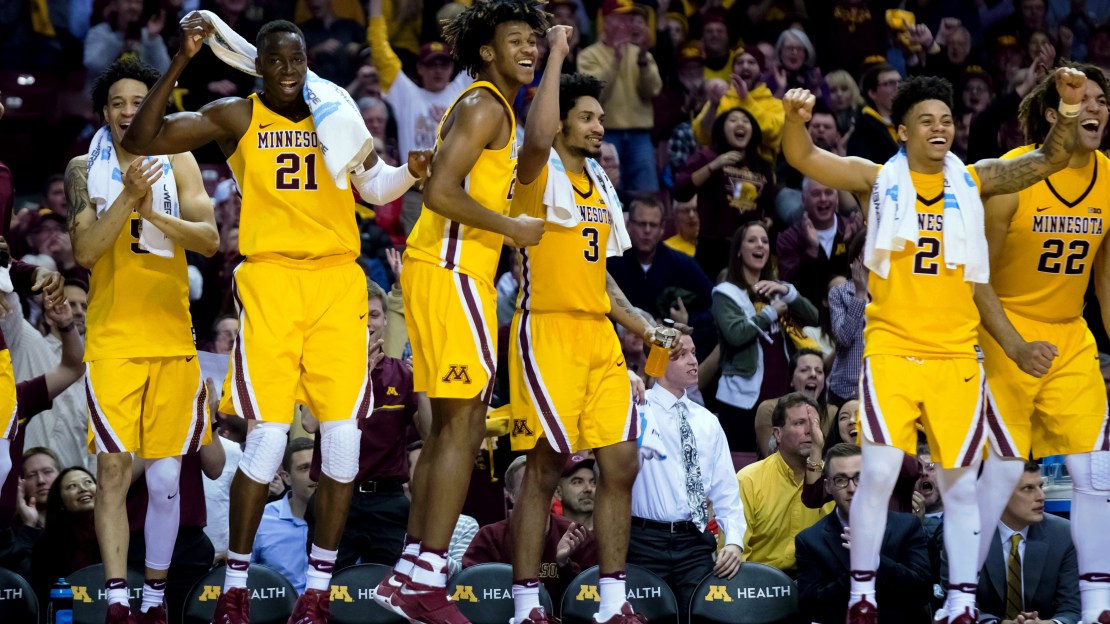 MINNEAPOLIS (AP) Nate Mason had 25 points in 28 minutes with his best shooting performance in Big Ten play, Jordan Murphy posted his sixth double-double in the last seven games and Minnesota breezed by Nebraska 88-73 on Thursday night for its eighth straight victory.

Mason went 9 for 13 from the field and Dupree McBrayer added 16 points and six assists for Minnesota, which will play at Wisconsin on Sunday with a chance at second place and a double-bye in the conference tournament well within reach. The turnaround in coach Richard Pitino's fourth year after going 8-23 last season has plenty of time left.

Glynn Watson Jr. scored 14 points for Nebraska, which has lost 10 of the last 14 games after an encouraging 3-0 start in Big Ten play to put coach Tim Miles' job security in tenuous territory. Tai Webster had a quiet 11 points with eight rebounds, reaching double-digit scoring for the 30th straight game dating to last season's finale. The third-leading scorer in the conference, who shot 4 for 13 from the floor, became the 15th player in program history to top the 500-point mark in one season.

The Gophers, after going to overtime five times in Big Ten play, finally were able to relax down the stretch. McBrayer had the longest highlight reel, with a pair of 3-pointers, a floater he swished from the lane and a one-handed dunk off a drive during the middle of the second half. Minnesota's lead grew as large as 24 points.

The Gophers were a bit sluggish in the early going, but they finished the first half on a 14-2 run over the final 4 1/2 minutes before the break. Murphy provided the ignition, when he grabbed a long rebound and dribbled into the lane for a powerful two-handed dunk and a 30-25 advantage. Minnesota took a 40-27 lead downstairs to the locker room, a feat replicated in all nine conference home games this season.

The two Gophers seniors were honored before the game: Akeem Springs, who has been a capable 3-point shooter, reliable defender and loquacious leader in his lone season as a graduate transfer, and Darin Haugh, a Minnesota native and former walk-on who played at suburban Eastview High School and took a mere 24 career minutes into his final home game.

Haugh walked into Pitino's office last summer to tell him he needed a full-time job to pay for school and might not be able to stay on the team. Pitino had already planned to give him a scholarship. The student section's chants for Haugh's appearance were rewarded with 3:54 left when a grinning Haugh checked in.

Despite only being conference competitors for six seasons, the Huskers have played the Gophers 73 times, by far the most of any Big Ten foe in a series that started in 1902. Minnesota leads the series 54-19 after winning for just the second time in the last six meetings.

Nebraska: All that's left to play for is the long-shot run at the Big Ten tournament title, with a first-round bye still possible for next week. That'll be the only postseason play for the Huskers, who are on pace for their fourth losing record in five years under Miles.

Minnesota: Twenty years since they reached their only NCAA Final Four, the Gophers have their best Big Ten record since going 16-2 in that sensational season. Only one other time since 1997 they won 10 games in conference play: 2005 under coach Dan Monson.

Nebraska: The Huskers host Michigan on Sunday, having lost 91-85 to the Wolverines on Jan. 14. They'll try to send Webster out strong in his final scheduled game at Pinnacle Bank Arena.
Minnesota: The Gophers aim on Sunday for their first win at the Kohl Center in six tries since 2009. After beating Wisconsin on Jan. 22, 2014, Pitino's first game against the Badgers, they've lost six in a row to their border-state rival.