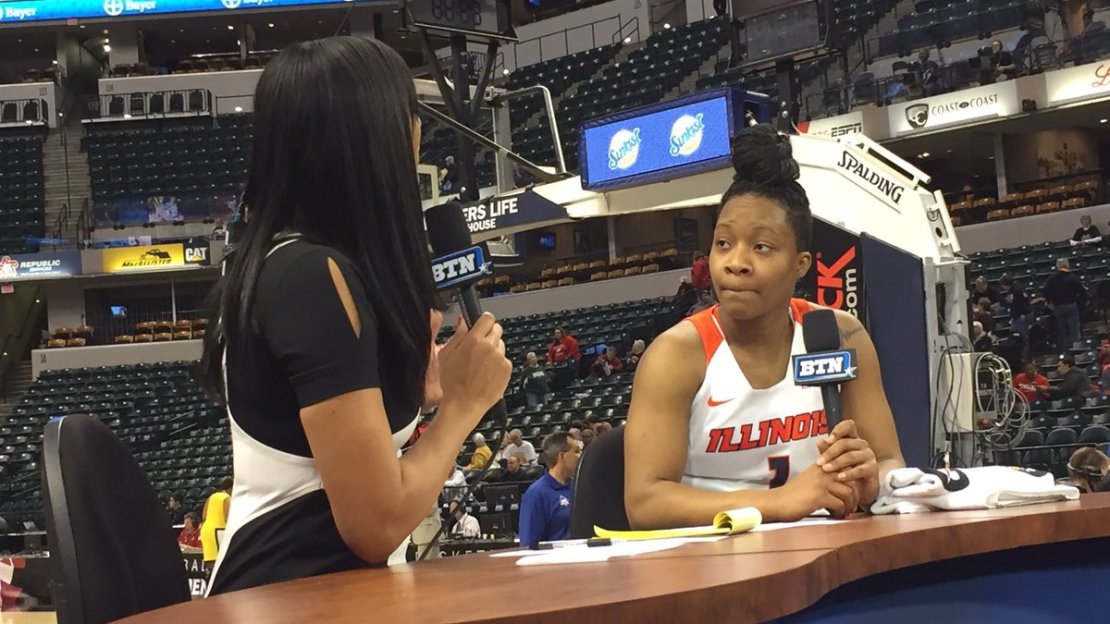 Catch up on the action below.

(AP) Ali Andrews had career highs with 24 points and six 3-pointers, leading three Illinois freshman who reached 20 points, and the No. 12-seeded Illini beat No. 13 seed Nebraska 79-70 on Wednesday in the Big Ten Tournament opener.

Petra Holesinska added a career-tying 21 points and Brandi Beasley 20 for Illinois (9-21), which plays No. 5 seed Purdue on Thursday.

The Illini, who hit 14 3-pointers, snapped an 11-game losing streak, their previous win also coming against Nebraska on Jan. 15. The victory was the first for Illinois in the tournament since 2011. Boxscore | Recap

(AP) Avyanna Young scored 20 points and No. 11 seed Wisconsin took advantage of a 13-point first half for Rutgers, beating the 14th-seeded Scarlet Knights 61-55 in the first round of the Big Ten Tournament on Wednesday.

Marsha Howard added 12 points for the Badgers (9-12), who play No. 6 seed Michigan State on Thursday.

Wisconsin took its largest lead of 21 points in the third quarter and was up 12 when the period ended. Parker scored 10 straight points for Rutgers in a run that got the Knights within six with 35 seconds remaining but no closer. Boxscore | Recap