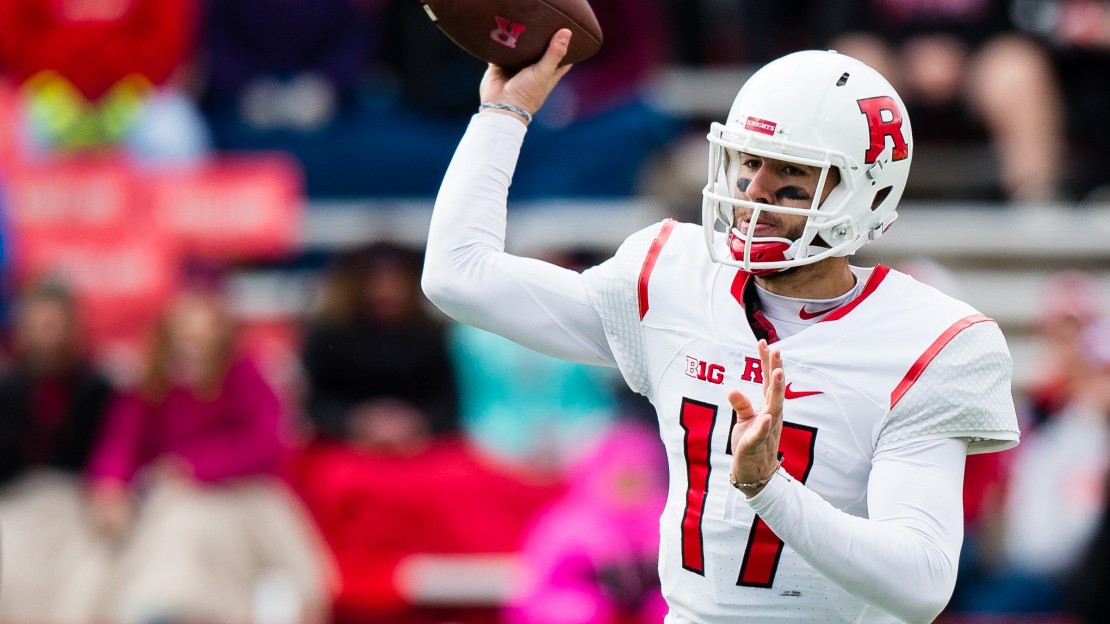 Chris Ash endured a challenging debut at Rutgers. The problems were many on both sides of the ball. How bad was it in 2016? After a 2-1 start, the Scarlet Knights finished the season with nine losses in a row. RU got shut out four times. In the last eight games, Rutgers yielded 24 or more points each time out, getting ripped for 78, 58 and 49 points on three occasions.

Change is in the air this spring. After Drew Mehringer bolted to join old buddy Tom Herman on the staff at Texas, Ash brought in former Minnesota coach Jerry Kill to run the offense. So there will be a learning curve for the personnel, as Kill is the eighth offensive coordinator in the past eight years under three head coaches at Rutgers and the second under Ash. This turnstile has to stop. Kill was previously an associate athletic director at Kansas State, where he was chief administrator of the football program. Another coaching move: DB coach Bill Busch has added co-defensive coordinator duties to join Jay Niemann in running the defense.

1. Quarterback. This position has been too inconsistent of late. Chris Laviano and Hayden Rettig have opted to leave the program. Gio Rescigno saw his first career action last year and started the final six games of the season. His play would be characterized as up and down, but he showed a skill set to be successful in the spread. Rescigno completed 52.8 percent of his passes for 889 yards with five touchdowns and five interceptions over seven appearances. Zach Allen is a senior who struggled last year after transferring from TCU. Keep an eye on sophomore Tylin Oden, who has a promising future. Ditto fellow soph Mike Dare. Freshman Jonathan Lewis arrives in the summer.

2. Running back. There is a need for better play from here. There were only three touchdowns from a running back last season. That group also has a new position coach in Lester Erb. Seniors Robert Martin and Josh Hicks are veterans with ability. Sophomore Trey Sneed also is back. Rutgers got a boost when Gus Edwards transferred to Rutgers in late February from Miami (Fla.). As a grad transfer, Edwards will be immediately eligible. The 6-foot-1, 230-pound power runner was Miami's third-leading rusher as a redshirt junior in 2016.

3. Linebacker. It?s a priority to get improved play from the linebackers, specifically in their ability to help stop the run. There were some inexperienced players seeing substantial time at linebacker in 2016 and they also dealt with a spat of injuries. Bottom line: More playmakers are needed if this unit wants to improve. Keep an eye on junior Trevor Morris, junior Deonte Roberts and sophomore Tyreek Maddox-Williams.