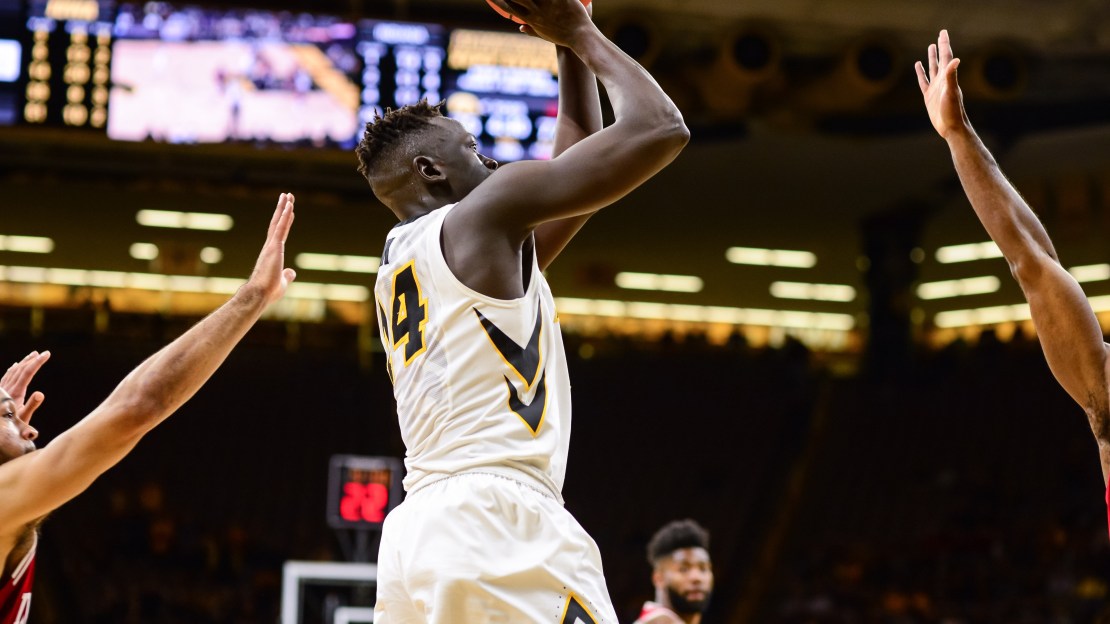 It?s rare when all-conference selections are still up in the air heading into the final week of the season, but that is the case this season. There are a few locks, but, depending on who you ask, two of the spots seem to be up to debate.

Before we start the final week of the season, it's time to share my latest Big Ten Player Rankings.

1. Caleb Swanigan, Purdue. Turns out, Swanigan is mortal, finally compiling his first back-to-back games without a double-double of the season. It's nearly March! The sophomore star already has Big Ten Player of the Year locked up, so it's all about leading Purdue to the regular-season championship this week.
Last week: 1

2. Ethan Happ, Wisconsin. Happ still is rebounding, distributing and playing defense at a high level, but opponents continue to limit his shot attempts (9.3 in last six games), and the Badgers are struggling because of it.
Last week: 2

3. Melo Trimble, Maryland. Trimble didn't exactly build off his Big Ten Player of the Week honor, shooting 32 percent and averaging 10.5 points in a pair of double-digit defeats this past week. That said, he did hand out 10 helpers in the two losses.
Last week: 3

4. Miles Bridges, Michigan State. The high-flying freshman is ranked sixth in scoring, sixth in rebounding, 14th in field goal percentage, 12th in 3-point percentage, 14th in 3-pointers made, fifth in blocks and third in defensive rebounds. Most importantly, Bridges and his young teammates are peaking at the right time.
Last week: 4

5. Peter Jok, Iowa. One of my favorite stats from last week: Jok made just six field goals but scored 35 points in Iowa's overtime win vs. Indiana. A night like that's only possible when an astute shooter parades to the line 23 times, and makes 22 of them.
Last week: 9

6. Tai Webster, Nebraska. Big Ten fans know all about Webster's scoring talents, that he's reached double figures in every game (28) this season. But his work on the glass often goes unnoticed. To that point, the point guard grabbed 18 rebounds, including a career-high 10 at Michigan State.
Last week: 5

8. Derrick Walton, Jr., Michigan. The scoring has slowed in the last four games (12.8), but the rest of the senior point guard's game remains as balanced as ever. In the same four games, Walton is averaging 6.3 rebounds, 5.8 assists and 1.3 steals.
Last week: 7

9. Jordan Murphy, Minnesota. Don't feel bad if you've mistaken the sophomore for likely Big Ten Player of the Year Caleb Swanigan. Murphy has registered five double-doubles in his last six games, the only exception being a 15-point, 8-rebound effort last week, averaging 17.2 points and 14 rebounds during the span.
Last week: 10

10. Nigel Hayes, Wisconsin. Like Wisconsin recently, Hayes has been battling inconsistencies. He was excellent the last time out, aside from the struggles from the charity stripe (4-12), racking up 22 points, 11 rebounds and four assists in a loss at Michigan State. The performance marked his fifth double-double of the season.
Last week: 6