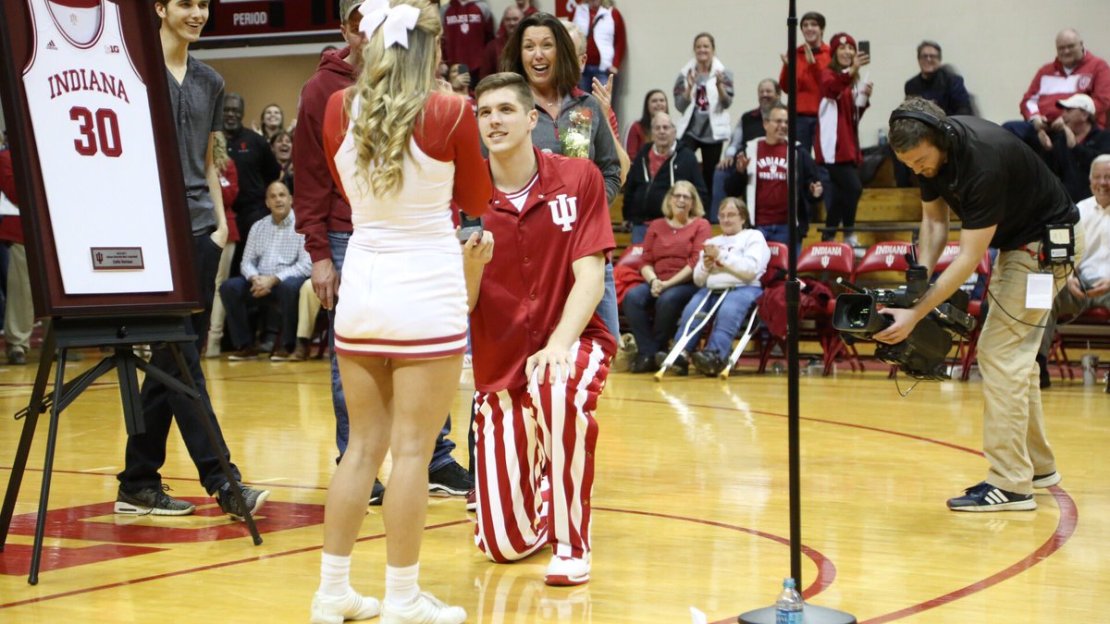 But he made sure his Senior Night was unforgettable.

Following Indiana's 63-62 comeback win over Northwestern Saturday, the Hoosiers held their customary Senior Night ceremony after the game. Hartman has missed the entire season with a knee injury as the team's only senior, and he was moved to tears during a heartfelt speech as he thanked family members in attendance and the fans that stuck around. He called his girlfriend, an Indiana cheerleader, over to stand by him as he was wrapping up his remarks.

Then, he got down on one knee.

If Hartman's Indiana career really is over, it's hard to top the way he went out. 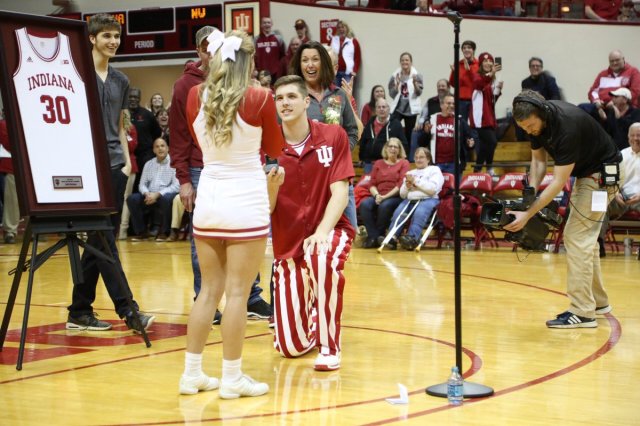