How two Northwestern professors are going to improve your memory as you age: BTN LiveBIG 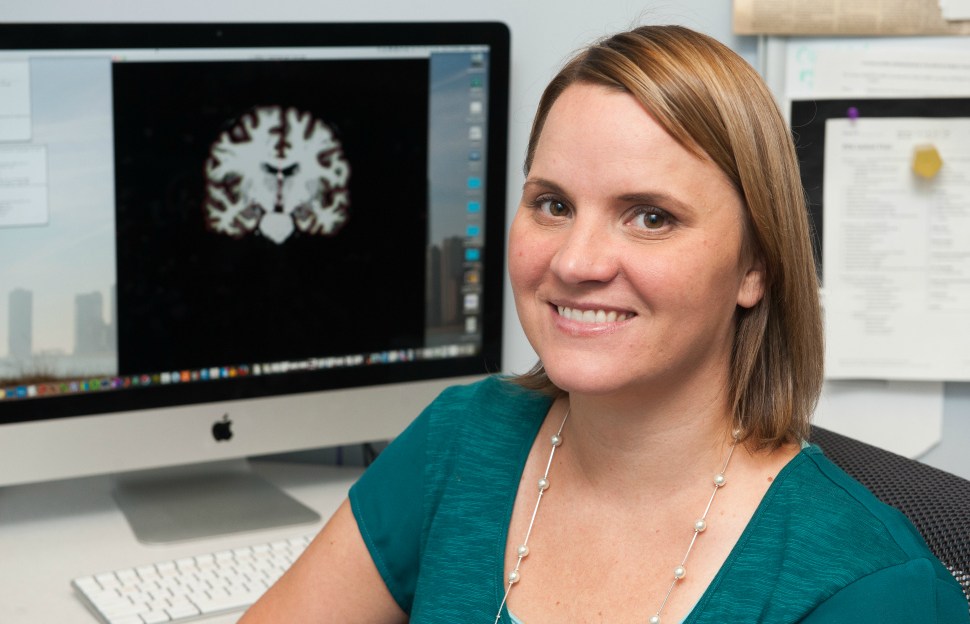 You know that feeling where the word or phrase you wanted to say is right on the tip of your tongue, but you just can't remember it? For many, that's a way of life, whether through brain trauma, dementia or other neurodegenerative problems.

Two groups at Northwestern University are working on ways to combat these problems. While finding cures for these brain diseases will likely be years away, they hope to provide a better life for those living with them now.

A team headed by Emily Rogalski, associate professor at the Cognitive Neurology and Alzheimer's Disease Center at Northwestern's Feinberg School of Medicine, created a program aimed at people suffering from Alzheimer's dementia or primary progressive aphasia. The program includes individual time with a therapist and a web application for patients to use anywhere.

"The whole program is very person-centered," Rogalski says. "The therapist works with the individual with the diagnosis to identify what are biggest challenges in life. What is most frustrating to the individual? Sometimes it's not what they think, so you need to ask what's going on. We try to work on tangible things."

"We know that this is related to highly precise memory of details of daily events," Voss explains. "So if you give someone a memory challenge that requires them to give details of a specific event earlier in the day, you'll see activity. We said, 'Well, given that knowledge, if we specifically target this network, is it good enough, specific enough to cause a change in the memory function?' And that's what we found. The stimulation we delivered really made a change."

Both scholars have had their research recently published, Voss in Current Biology and Rogalski in Alzheimer's & Dementia: Translational Research & Clinical Interventions. They hope the work will shed light on the problems people afflicted with these types of brain diseases.

"There tends to be less coverage of people with dementia, and more of people with a stroke or how to help children," Rogalski says. "With our patients, you're racing the clock in many ways because it's going to get worse. We're really trying to maximize their strengths and minimize challenges."

One of the biggest obstacles both studies encounter is the differences in brain function from person to person. Voss says the big goal is to be able to provide more of a map of memory networks throughout the brain. Then they can work more on treatments.

"Once we build a base of how the brain responds in different regions, then we can start to tackle various impairments," he says. "It's a real challenge dealing with that, because effectively no two Alzheimer's patients are the same. So you can't just use an all-purpose kind of shotgun approach."

While Voss characterized his team's research as still in the "basic science" stage, he said there have been some very heartening results.

"It's an evolving project," he says. "As of right now, we're remarkably successful in saying we know this part of the brain is important. What we still don't know is whether these changes we're making will be important for daily functions. That 's sort of where we're heading with this. We don't have those answers yet."

For Rogalski, dealing with primary progressive aphasia patients creates its own problems. With no known cure for PPA or Alzheimer's, the team has had to resort to non-pharmaceutical therapies. That means working with patients who understand the best-case scenario isn't curing their disease, but learning how to deal with it on a day-to-day basis.

"We've really appreciated this altruistic behavior that our patients have had," she says. "So we really wanted to be able to give back."

She wants to make the therapy as user-friendly as possible. That's the great benefit in using an app that can be access from a computer anywhere.

"They've been able to go on vacation and still participate because they can still go on the Internet," she says. "You're able to keep continuity of care. Your clinician can stay with you. It's kind of got these added benefits."

Both teams hope to be able to expand their programs in the future with the goal of improving their patients, one memory at a time.