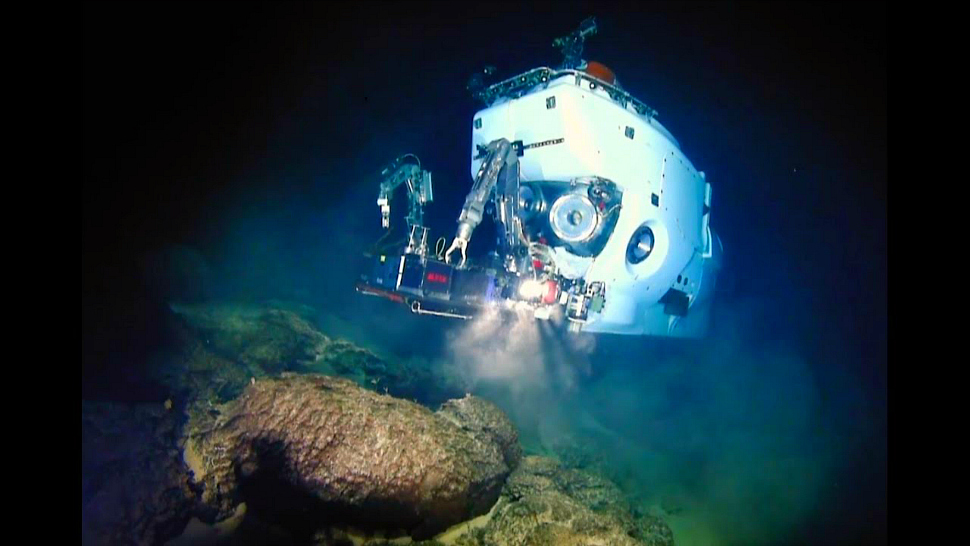 This past November, geologists from the University of Illinois undertook a lengthy journey, travelling thousands of kilometers from Urbana-Champaign.

But, it was the final three kilometers that proved the most momentous of the expedition.

In the Pacific Ocean, far off Mexico?s western coast, UIUC geology professor Dr. Patricia Gregg boarded Alvin, a tiny, but capable research submarine and dived deep beneath the waves. A specialist in oceanic volcanology, Gregg was leading the Off-axis Seamount Investigations at Siqueiros, or OASIS, an exploration to map and study the activity of undersea volcanoes.

?Most of the volcanic activity on our planet is underwater,? says Gregg, speaking with the University of Illinois News Service. ?At mid-ocean ridges, we know a lot about the volcanoes that are being created on the ridge, but as soon as you traverse off the ridge, there are many other volcanoes, and we don?t have a lot of data for them.?

To that end, the OASIS mission mapped the seafloor using both Alvin and an autonomous submersible called Sentry. They also collected numerous samples of rock from near the volcanic range they mapping. By studying the chemical composition of the rock and applying geophysics, researchers hope to understand exactly how magma travels through the Earth?s mantle and helps form the seabed.

The UIUC team, which included fellow geology professor Craig Lundstrom and four graduate students, spent a month at sea on the R/V Atlantis research vessel. They were joined by researchers from several institutions and universities, including the Wood Hole Oceanographic Institute, the USGS, and the University of Florida. OASIS was funded by the National Science Foundation.

An added bonus to the undersea excursion, Gregg and her colleagues were treated to, and documented, a wild show of rarely-seen marine life, such as the stiltwalking tripod fish and other oddities of the benthic zone.

Work continues on land, as Gregg and other geologists now use the samples taken and observations made three kilometers down to build a more complete model of deep sea volcanic activity.

For more of the OASIS underwater expedition in action, check out Gregg?s mission vlog here.