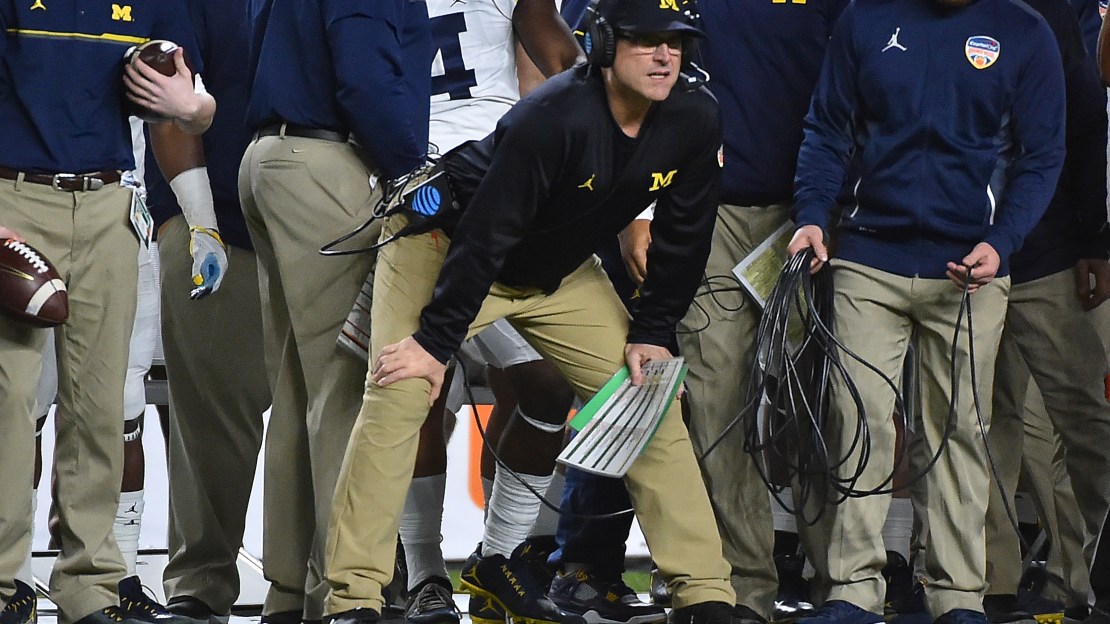 The excitement continues to build at Michigan, as Jim Harbaugh enters his third season back at his alma mater looking for the program?s first Big Ten title since 2004.

Harbaugh has a lot of work to do this spring, as the losses for Michigan are staggering coming off a second 10-win season in succession. No doubt, the 2017 season will be a year of transition for the program, which loses some top receivers and stud TE Jake Butt. Yes, Harbaugh has recruited well. Still, he has to replace players like LB/S Jabrill Peppers, CB Jourdan Lewis, TE Jake Butt, OT Erik Magnuson, DE Taco Charlton and DE Chris Wormley, all of whom earned first-team All-Big Ten honors for the media, coaches or both.

Here is a look at three key positions to watch this spring for a team that will spend some time in Italy.

1. Secondary. This standout unit has lost a lot, with corners Jourdan Lewis, Channing Stribling and Jeremy Clark gone along with safeties Delano Hill and Dymonte Thomas. Foes completed just 45.6 percent of their passes over the past two seasons, as Michigan yielded just 19 TD tosses. Now, every job is open in the defensive backfield. Keep an eye on cornerbacks Lavert Hill and David Long, who got their feet wet last year as freshmen. In fact, Hill could be the next star of the unit. Junior Brandon Watson also is in the mix. And coaches will get a look at early enrollees Ambry Thomas and Benjamin St-Juste. Converted QB Keith Washington, a junior, could be a factor. At safety, junior Tyree Kinnel looks to be a key cog. Sophomore Khaleke Hudson looks ready to emerge and could end up starting opposite Kinnel. Youngsters Josh Metellus, Jaylen Kelly-Powell and Jordan Glasgow also figure in the mix.

2. Offensive line. The quest is on to fill three spots along the offensive line vacated by graduation: right tackle Erik Magnuson, right guard Kyle Kalis, left tackle Ben Braden. The front will be built around sophomore left guard Ben Bredeson and senior center Mason Cole. This unit needs to step up production, as the running game sometimes failed to gain traction in big games in 2016. Precocious Michael Onwenu could fill a guard slot along with senior Patrick Kugler, as Bredeson could slide out to tackle. Touted true freshman Chuck Filiaga and senior Juwann Bushell-Beatty could figure in at the other tackle spot. Keep an eye on early enrollee Cesar Ruiz. Grant Newsome, last year?s left tackle, continues to battle back from a knee injury that ended his 2016 early.

3. Defensive line. If the secondary wasn?t the strength of last year?s defense, the line was. Gone are the likes of Taco Charlton, Chris Wormley and Ryan Glasgow, who all figure to be pros. And Matt Godin may be, too. The good news: T Maurice Hurst is back. And the senior may be the top player on the squad, able to basically play anywhere up front. Senior Bryan Mone will anchor inside along with Hurst to give Michigan some monster tackles. Sophomore end Rashan Gary figures to show why he was lauded as the nation?s No. 1 recruit in 2016. Senior Chase Winovich figures to be opposite Gary at the other end slot. Depth needs to be developed, but there is plenty of talent. Coaches will watch players like Michael Dwumfour, Reuben Jones, Carlo Kemp and Ron Johnson, along with Lawrence Marshall, among others. In the summer, stud recruit Aubrey Solomon will arrive with some other touted signees from the 2017 class. Solomon is an instant impact player.