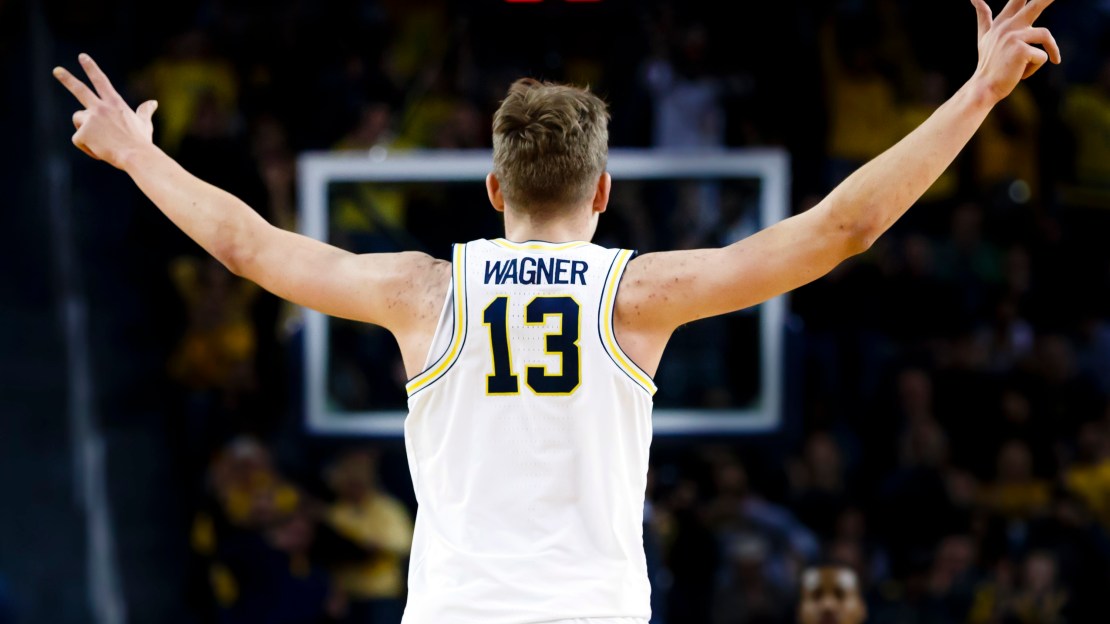 The Wolverines (17-9, 7-6 Big Ten) have won three straight to boost their chances at making the NCAA Tournament.

The Badgers (21-5, 10-3) have lost consecutive games for the first time this season, dropping them into a three-way tie atop the Big Ten standings with No. 16 Purdue and No. 23 Maryland with five games remaining in the regular season.

Wisconsin was without senior point guard Bronson Koenig because of a calf strain in his left leg, breaking up a starting lineup that began the first 25 games of the season together.

Ethan Happ scored 18 points in the first half, making 8 of 9 shots, but was held to just four points after halftime and finished with 22 points on 10-of-13 shooting for the Badgers. Likewise, Khalil Iverson was much more effective in the first half with eight of his 10 points before Michigan seemed to slow him down.

Muhammad-Ali Abdur-Rahkman scored 12 points, including a four-point play with just under 8 minutes left in the game that gave Michigan the 11th and final lead change in a game with eight ties.

Wisconsin: The Badgers clearly miss Koenig and need him to get healthy to help their chances of potentially making a run in the NCAA Tournament. Freshman D'Mitrik Trice had nine points on 2-of-15 shooting, five rebounds and four assists in his first start and made one glaring mistake. Trice fouled Abdur-Rahkman on his tiebreaking 3-pointer.

Michigan: The Wolverines are playing their best at the right time, possibly getting them off the NCAA Tournament bubble and into a position to improve their seeding and chances of advancing. Irvin bounced back from a string of lackluster games. He was held to a total of 13 points in his previous four games.

Michigan's Derrick Walton became the first player in school history with 1,000 points, 500 rebounds and 400 assists in a career. Walton scored five points on 1-of-8 shooting – ending a five-game streak with 20-plus points – eight assists and four rebounds.

Wisconsin: Hosts Maryland in a possibly pivotal game in the race for the Big Ten's regular season championship.

Michigan: Plays at Minnesota on Sunday.