Dienhart: Who is the frontrunner for Big Ten Coach of the Year? 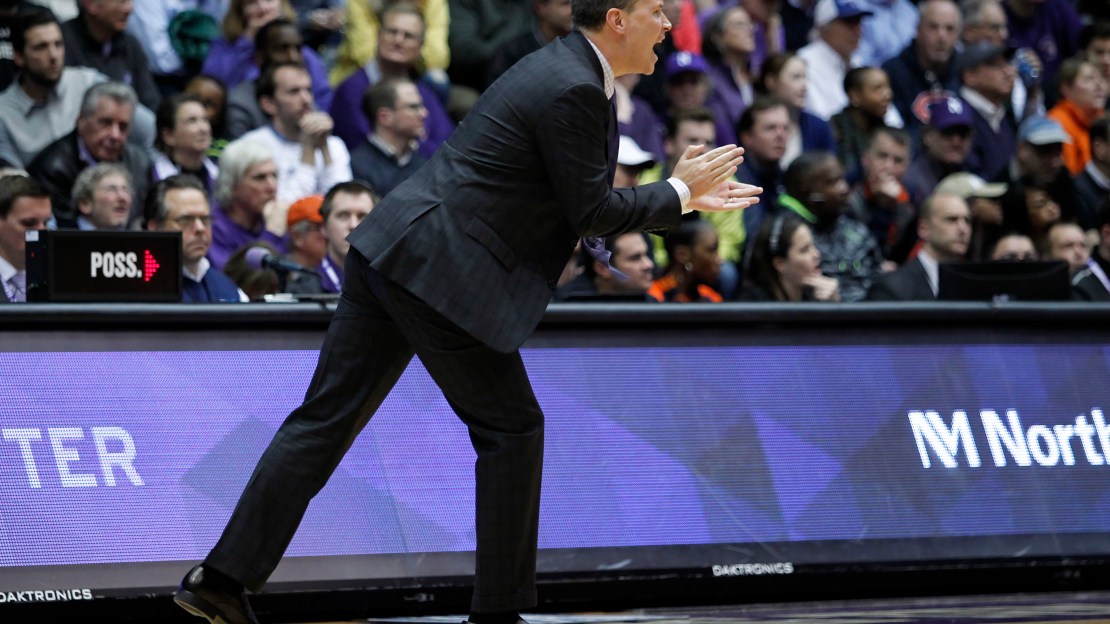 The Big Ten Network recently posed this question on Twitter: Who is Big Ten Coach of the Year? And the choices offered were Minnesota?s Richard Pitino, Northwestern?s Chris Collins and Maryland?s Mark Turgeon.

Look, you couldn?t go wrong with selecting any of those three for the honor. Each is very deserving. Heck, you even can make a case for Wisconsin's Greg Gard and Purdue's Matt Painter. But Pitino, Collins and Turgeon look like the prime contenders.

Let's take a look at each contender's case:

Pitino has the Golden Gophers 18-7 overall and 6-6 in the Big Ten, sitting primed to earn an NCAA bid for the first time since Tubby Smith took the program to the Big Dance in 2013. This after Minnesota went 8-23 overall and 2-16 in the Big Ten last season. The 10-win improvement to this point on last season is the biggest in the nation. The Gophers have also tallied four road wins in conference play, their most since 2004-05 when they also won four games away from home in the Big Ten. And in the latest edition of the NCAA Ratings Percentage Index (RPI) as of Feb. 14, the Gophers stand in 25th place. Minnesota is the fourth-highest ranked Big Ten team in the RPI rankings, behind Purdue (19th), Maryland (21st) and Wisconsin (24th). The 34-year-old Pitino-the youngest head coach of any Power 5 league–has this program moving forward built around a youthful roster that includes freshman Amir Coffey, sophomore Jordan Murphy and junior Nate Mason. In all, the roster features eight underclassmen.

Collins is in the midst of an historic season in Evanston. The Wildcats are 19-6 overall and 8-4 in the Big Ten, looking poised to claim the school?s first NCAA bid. This program has become a national story. And, it has been fun to watch. NU has five Big Ten road wins, which is one shy of a school record. With Maryland in town Wednesday night, Northwestern is looking to match the school record for victories in a season. The Wildcats, who have been without star Scottie Lindsey for the last three games (1-2),  have won 20 games in a season three times, including a school-record 20 in the regular season a year ago. Including postseason victories, NU also won 20 games in 2009-10 and again in 2010-11. Want more goodness? Northwestern?s 19-6 record represents the school?s best 25-game start to a season in program history. The Wildcats opened their Big Ten season 7-2, the best mark through nine league games since the 1932-33 Big Ten championship squad. The team?s six-game league winning streak from Jan. 8-29 is NU?s fourth-longest in school history.

Turgeon has Maryland in the thick of the Big Ten title chase with a 21-4 overall record and a 9-3 conference mark. This despite relying heavily on the freshman trio of Justin Jackson, Anthony Cowan and Kevin Huerter. They helped the program get off to a school-best 20-2 start. Not bad for a program that lost the likes of Robert Carter Jr., Jake Layman, Diamond Stone and Rasheed Sulaimon. A big reason for the Terrapins? success is junior guard Melo Trimble, a true bellwether who can take over a game off the dribble. Is there any other player in the Big Ten you?d want with the ball in the waning seconds of a tie game when you need a bucket?

So, when it?s all said and done, I'd have to give it to Collins. It?s impossible to ignore the history that he?s poised to make by leading the Wildcats to the NCAA tournament for the first time in what is becoming a magical season in Chicago after the Cubs won the World Series for the first time in over 100 years.