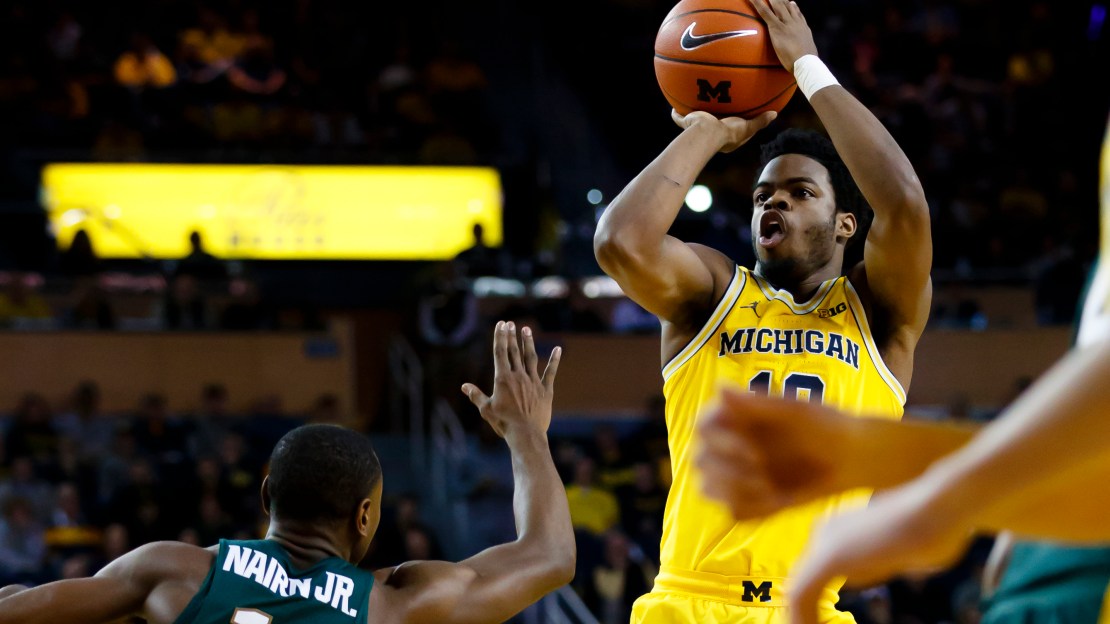 While Caleb Swanigan continues to pad his lead in the race for 2017 Big Ten Player of Year, perhaps, no one is playing better than Derrick Walton Jr.

The Michigan point guard has been dominating the last month, and is the reason the Wolverines are back in the NCAA tourney discussion. He's been so good, in fact, he's gone from unranked a few weeks ago in my Big Ten Player Rankings to No. 4 in my latest list.

1. Caleb Swanigan, Purdue. The Boilermakers only played one game last week, a big rivalry win at Indiana, and, Swanigan registered yet another double-double (16 points, 14 rebounds), his seventh straight and 21st on the season. For the season, "Biggie" is averaging 19 points, 12.8 rebounds and 2.8 assists.
Last week: 1

2. Ethan Happ, Wisconsin. It was a rough week for the talented sophomore, who scored eight points in a thrilling overtime win at Nebraska and finished with nine points and four turnovers in a home loss vs. Northwestern. Happ, who is facing intense double teams, did grab a total of 21 rebounds in the two games. Long story short, the Badgers have been unable to make collapsing defenses pay, shooting 37.5 percent from the field and only 27.4 percent from distance in the last five games.
Last week: 2

3. Miles Bridges, Michigan State. The Spartans couldn?t hang with the rival Wolverines in Ann Arbor, but the explosive freshman continues to light it up, shooting 50 percent and averaging 15.5 points, eight rebounds, three assists and two blocks in a 1-1 week. Speaking of 50 percent, Bridges has hit at least half of his shots in six of the last eight games, going 57-of-106 (54 percent).
Last week: 3

4. Derrick Walton Jr., Michigan. Walton was the best player in the league last week, and the reason why Michigan is back in business. The Wolverines took rival Michigan State to the wood shed and thumped Indiana in Bloomington because of Walton?s brilliance. He scored 20 points, passed out eight assists and pulled down five rebounds in the rivalry win and went for 25 points, five rebounds and four assists at Indiana
Last week: 6

5. Melo Trimble, Maryland. Trimble's shot has eluded him recently, hitting just 16 of his last 52 shots (31 percent) in the last four games, however the Terrapins' point guard is averaging 14 points and 4.3 assists during the shooting funk.
Last week: 4

6. Tai Webster, Nebraska. The senior has scored in double figures in 25 consecutive games, dating back to last season, including a 19-point effort in Nebraska's agonizing overtime defeat vs. Wisconsin. The great news for Webster and Nebraska is that enforcer Ed Morrow Jr. is finally back in action.
Last week: 5

7. Nigel Hayes, Wisconsin. The Wisconsin offense is struggling, to put it politely, but Hayes did his part this past week, scoring 20 points and hitting the game-winning 3 in overtime at Nebraska and going for 13 points in Sunday's loss vs. Northwestern.
Last week: 7

8. Peter Jok, Iowa. Even with the forgettable 2-of-11 performance from the field in Saturday's loss at Michigan State, the Iowa star averaged 20.5 points, seven rebounds, 5.5 assists and two steals in a rough 0-2 week for the previously surging Hawkeyes.
Last week: 8

9. Bryant McIntosh, Northwestern. In what could turn out to be the most significant win in school history, McIntosh scored 25 points, pulled down seven rebounds and handed out seven assists in 40 minutes to help the Scottie Lindsey-less Wildcats shock then-No. 7 Wisconsin in Madison. Somewhere a trophy case on campus is longing to house McIntosh?s jersey from the game. It should never be worn again.
Last week: NR