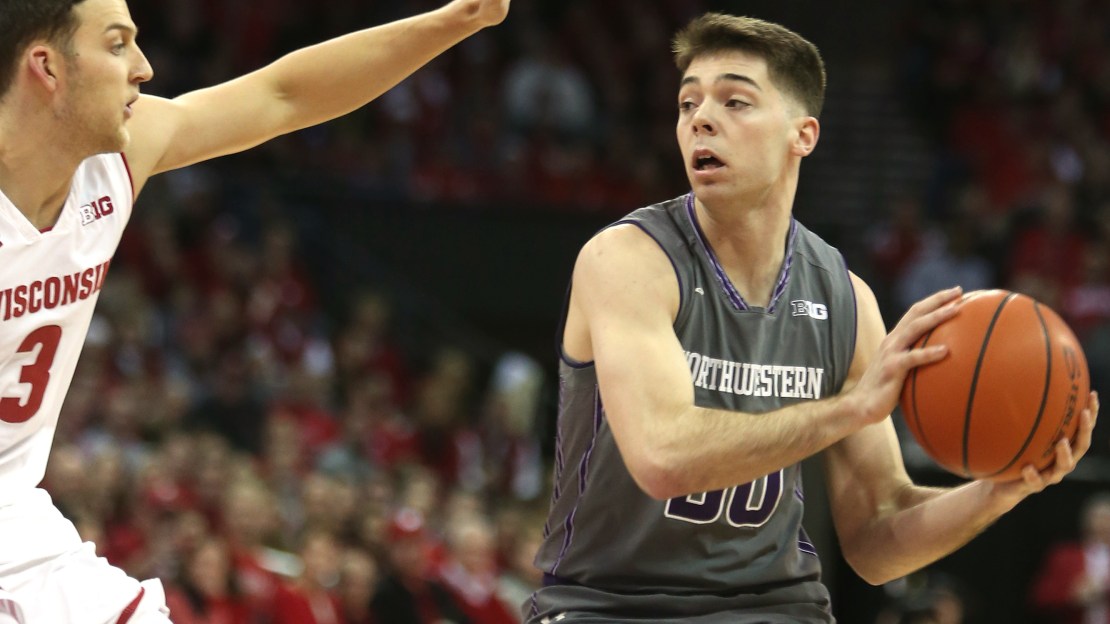 America got a look at the Top 16 seeds in the Big Dance on Saturday, as the NCAA selection committee revealed a snapshot of the bracket at that moment in time. And, no Big Ten teams landed among the Top 16. Not even Wisconsin or Purdue.

Yes, the Internet was on fire after that, but it?s no big whoop. There are still lots of hoops to be played. And this week offers another chance for Big Ten squads to enhance their NCAA resumes.

Here is a look at the best of Week 7 in Big Ten play.

Biggest surprise: Minnesota. Northwestern would be the obvious answer had it not lost to Illinois at home to open the week. The Gophers entered the week floundering, losers of five in a row after a 3-1 Big Ten start that had propelled them into the rankings. Now, the Golden Gophers are winners of three in a row (at Illinois, Iowa, at Rutgers) and looking primed to make a run at an NCAA bid with an 18-7 mark and a 6-6 Big Ten record, a year after going 8-23 (2-16). And four of Minnesota?s last six games are at home. Looking good in Dinkytown for a program that hasn?t been in the NCAA tourney since 2013, when Tubby Smith was coach.

Biggest disappointment: Indiana. The Hoosiers? NCAA hopes could have received a huge boost. Alas, IU dropped home games to Purdue on Thursday and then to Michigan on Sunday. The Hoosiers are 5-8 in the Big Ten and 15-11 overall. And Indiana?s NCAA hopes may be dashed, save for a furious finish to the season. Tom Crean?s team has lost three in a row and five of six. The lone win in that span? It came in triple OT at Penn State. More bad news: four of IU?s last five games are on the road. IU won the Big Ten last season and has been to the Sweet 16 three times in the last five years. Seems like eons ago now.

Best win: Northwestern 66, No. 7 Wisconsin 59. Losers of two straight and playing without star Scottie Lindsey for the third consecutive game, few gave Chris Collins' crew much chance at Big Ten leader Wisconsin. That was a mistake, as Bryant McIntosh, in 40 minutes, erupted for one of the best all-around performances of his career (25 points, 7 rebounds, 7 assists) to send Northwestern to its second-ever win at the Kohl Center. The victory, which also snapped Wisconsin's 19-game home wining streak, dating to last season, goes down as the biggest in program history. Disagree? This guy knows his Northwestern history.

That was the single most important win in the history of Northwestern basketball. Not even close

Best stat: 2, the number of rebounds Derrick Walton Jr. needs to become the first Michigan player with at least 1,000 points, 500 rebounds and 400 assists in a career. The Michigan star joined Gary Grant and Jalen Rose in the program's 1,000-400-400 club in Tuesday's easy win over rival Michigan State.

Best dunk: Miles Bridges, Michigan State. The freshman continues to amaze. On Tuesday at Michigan (yes, it came in a blowout loss), the high-flying freshman took an off-target alley-oop pass from fellow freshman Cassius Winston, corralled it with his right hand and slammed it home. Also worthy of mention: Jordan Murphy had a thunderous one-handed dunk on Saturday at Rutgers.

Best block: Miles Bridges, Michigan State. No one has forgotten LeBron James' famous block from behind in last year's NBA Finals, right? Good. This Bridges' swat, while not to the same degree, looked a bit like The King's unforgettable highlight. Wisconsin's Khalil Iverson had a sweet block, too.

Best shot: Ethan Happ jumper vs. Northwestern. It was just a run-of-the-mill 17-footer, but it was the sophomore's second basket outside of the paint in his career. For real. Check it out here.

Best photo: Legendary Maryland coach Lefty Driesell and his wife on the "Kiss Cam" at Xfinity Center? It happened Saturday, and it led to this great shot.

Best moment: Fran McCaffery joking around with an official. Usually when one hears about McCaffery and an official, it's the case of the latter giving the former a technical foul — or a pair of technicals. That wasn't the case Saturday night. No, look at Iowa's fiery coach having fun with the officials at Michigan State. Love it.

When the ref's joke isn't that funny but you know you better laugh so you get the next call: pic.twitter.com/zIr2xOlVJf

Best soundbite: Nigel Hayes sticking up for Zak Showalter. Whether you're a Wisconsin fan or not, you'll respect how the Wisconsin star stuck up for his teammate in the postgame press conference following the Badgers' home loss to Northwestern on Sunday night.

Did you see this? Michigan State?s Nick Ward says he didn?t intentionally trip Michigan?s Moe Wagner on Tuesday, but officials saw it another way and the Spartan freshman was whistled for a technical foul. Ward was walking to the bench during a timeout when his right foot connected with the left foot of Wagner, who fell. Officials reviewed video and assessed a contact dead-ball technical foul with 3:49 left in the first half. "I really don't think I did on purpose," Ward said after the game. "But (the officials) thought I did."

Weirdest play: Late in Purdue?s win at Indiana on Thursday, officials conferred on a block-charge call, ruled it a double foul that resulted in the fifth fouls for Purdue?s Caleb Swanigan and Indiana's Thomas Bryant. Lamont Simpson, the ref under the basket, initially called a block on Swanigan. Bryant made the basket and appeared headed to the free throw line with a chance to cut the Boilermakers' lead to two. But Paul Szelc called a charge and after a conference near the Indiana bench, the basket was erased, both players were called for fouls and the Hoosiers took the ball out underneath the basket.