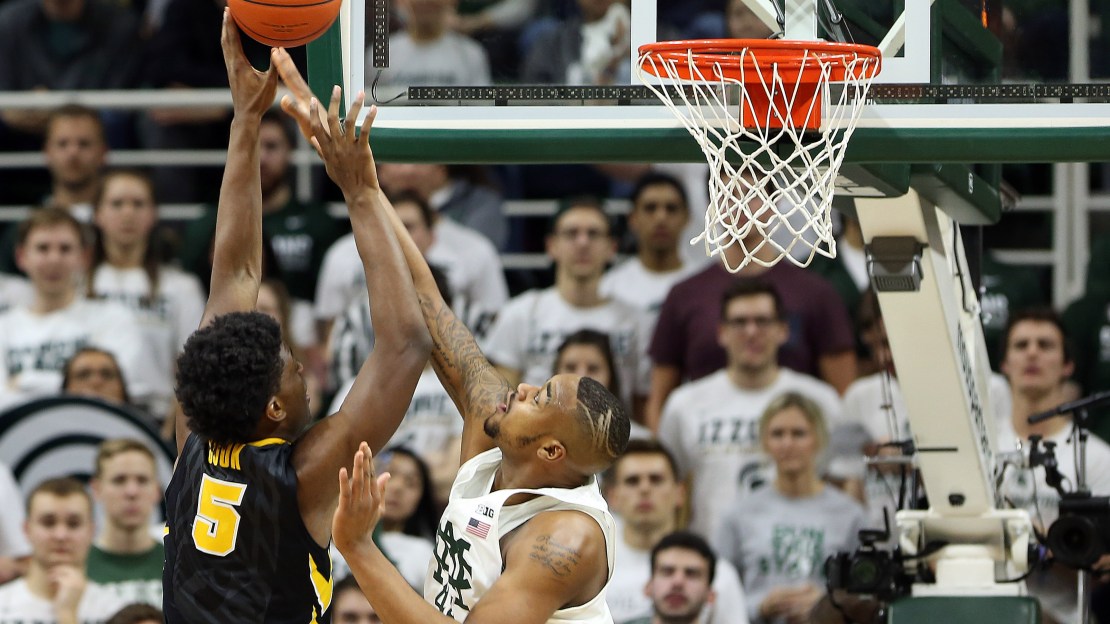 EAST LANSING, Mich. (AP) Miles Bridges scored 14 of his 16 points in the first half and finished with 11 rebounds, leading Michigan State in a 77-66 win over Iowa on Saturday night.

The Spartans (15-10, 7-5 Big Ten) bounced back from a lopsided loss at Michigan with their third win in four games, improving their chances of playing in a 20th straight NCAA tournament.

Bridges was one of four Michigan State freshmen to score in double figures, and the only one who did much of his scoring in the first half. Nick Ward scored 12 of his 14 in the second half, Cassius Winston had all of his 12 points in the second half and Joshua Langford scored eight of his 11 points over the last 20 minutes of the game. It marked Michigan State's first game this season in which four freshmen scored at least 10 points.

The Hawkeyes (14-12, 6-7) have dropped two straight games after winning three in a row.

Langford's 3-pointer early in the second half started a 17-6 run that put Michigan State ahead 57-45 midway through the second half. The Spartans easily maintained a comfortable lead in part because of Langford for taking and making shots.

Michigan State: Langford didn't take a shot, grab a rebound or make an assist Tuesday night in an 86-57 loss to the Wolverines. He responded very well, giving the Spartans a scoring option they need to go along with Bridges and Ward.

Michigan State: Plays Ohio State on Tuesday night at home, the second game of a five-game stretch with four at Breslin Center.