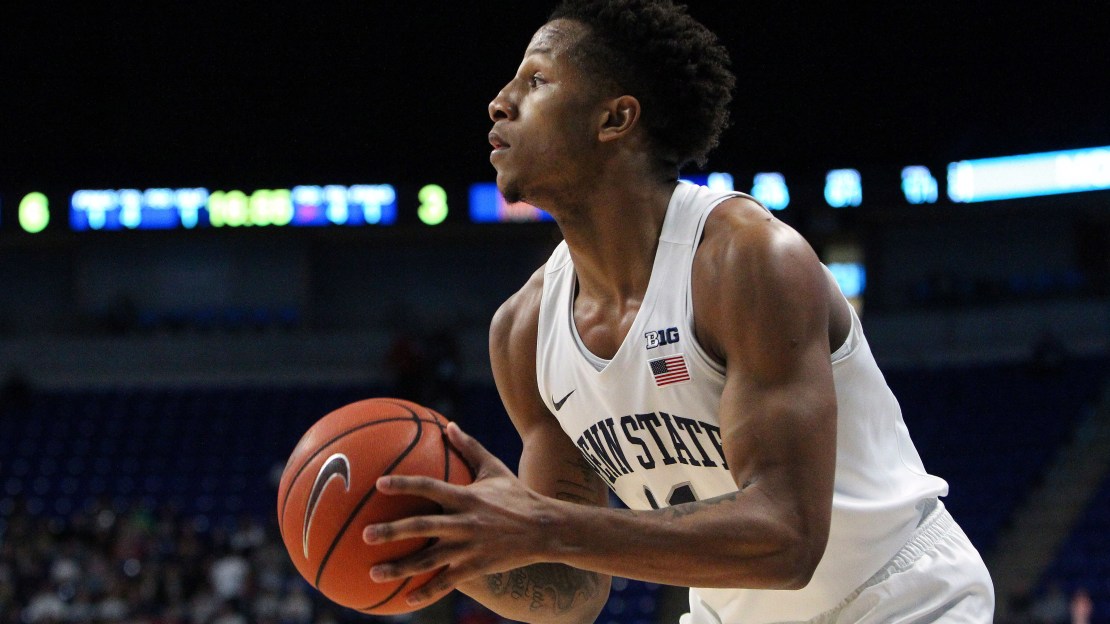 (AP) Lamar Stevens considers himself a shooter now that he's spent weeks in the gym working behind the 3-point line.

But Penn State's freshman forward is more than that and his performance in the Nittany Lions' 70-64 victory over No. 21 Maryland on Tuesday night is a perfect case study.

Stevens scored 16 of his 25 points in the second half and helped the Nittany Lions keep one of the Big Ten's best offenses out of sync all game. Stevens seemed to score at will from all angles and all parts of the court to lift Penn State to its fourth win over a Top 25 opponent since last February.

"We put the ball inside to him, he made some good decisions," Penn State coach Patrick Chambers said. "Posted up, a couple of ISOs. He did a nice job of playing patient and solid and it's good to have that guy we can put in."

Justin Jackson and Kevin Huerter scored 12 points each and Melo Trimble added 11 for the Terrapins (20-4, 8-3) who lost their second in a row. Coming off a loss to No. 16 Purdue, Maryland struggled to convert on most of its possessions.

Inside, Penn State clogged up the paint with Stevens, Watkins and Julian Moore and the Terps made just 20 of 59 shots. The Nittany Lions also hustled to loose balls and forced 13 turnovers.

"Penn State was better than us tonight," Maryland coach Mark Turgeon said. "They deserved to win. We couldn't get it going. We never had it."

While the Nittany Lions led for all but 1:48 and by as many as 14 points with 9:59 remaining, the Terps cut the lead to 62-58 with 3:26 left after Jackson and Jaylen Brantley hit consecutive 3s.

But a layup from Nazeer Bostick and six combined free throws from Carr, Stevens and Josh Reaves kept the game out of reach.

Maryland: The Terps' ascent in the Top 25 was slowed when No. 23 Purdue snapped their seven-game winning streak on Saturday. This loss all but halts any momentum Maryland had.

Penn State: The Nittany Lions have struggled in January and February with their best result under Chambers – six wins in the two-month span – coming last season. After going 4-4 last month, Penn State is a win away from last season's January/February win total with five games left this month.

Trimble entered the game as the Big Ten's fifth-leading scorer and looked like he would keep up his 17.2 points-per-game pace. He drained his first three shots and added a free throw and led all scorers with eight points with the game tied 10-10.

But the sharpshooting guard went 1 for 10 from the field the rest of the way and had just one point – a free throw – in the second half despite playing 31 minutes.

"It was a strange night," Turgeon said. "I do think he forced a couple. You know, he's doing what I asked him to do. I'm saying drive the ball. We got into double bonus early and we've got to step up and make free throws. We make our layups and free throws, it's a lot closer there at the end. Melo was trying hard."

About those free throws – both teams struggled. Maryland made 17 of 27 and Penn State sank just 26 of 38.