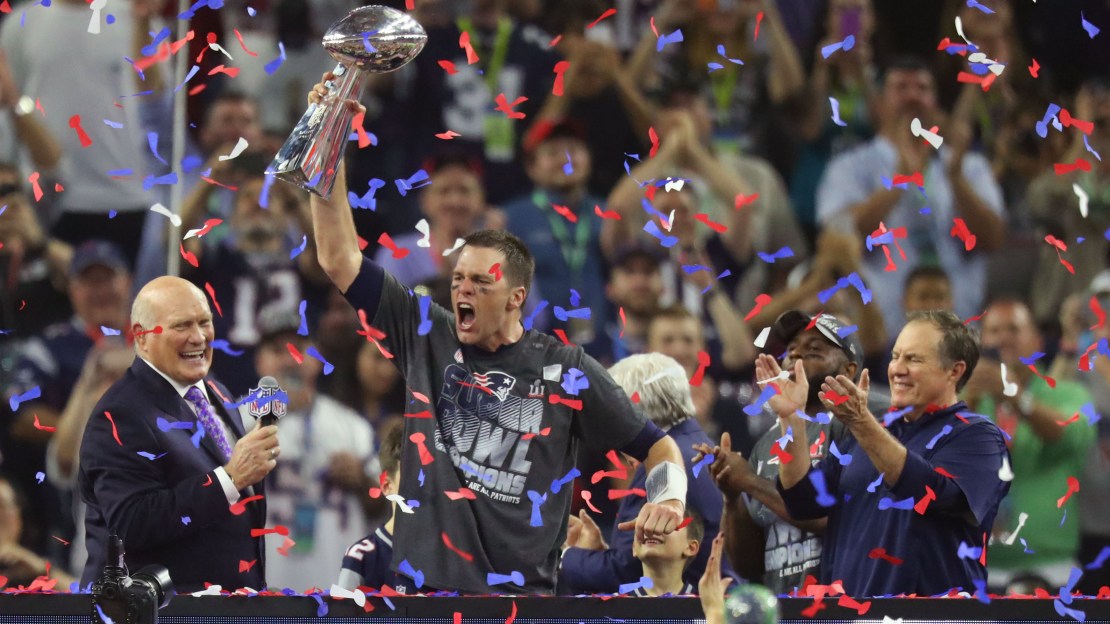 It was a record-setting night for a pair of former Big Ten players Sunday in a memorable Super Bowl LI.

Tom Brady (Michigan) had a night for the ages, while James White (Wisconsin) had the performance of his career to help New England erase a 25-point deficit en route to a 34-28 overtime win in Houston.

Let's start with the Super Bowl regular, Brady. You ready for all of this? OK, here's what Brady accomplished:

Not a Super Bowl record, but White, who scored the game-winning touchdown in overtime, also finished with 139 total yards, including 110 through the air.

Watch Brady and White's highlights below.

What a night for @B1Gfootball names!

Tom Brady gets record 5th ring, & @SweetFeet_White had night of his life. https://t.co/vyDodVKWBx

Another Super Bowl LI stat: Ex-Big Ten stars had a hand in each of the final five touchdowns. Tevin Coleman (Indiana) started the streak with this short scoring strike, to put Atlanta up 28-3. Coleman totaled 35 yards before suffering an injury.

Ex-@B1Gfootball stars have had hand in game-winning TD in 5 of last 10 Super Bowls.