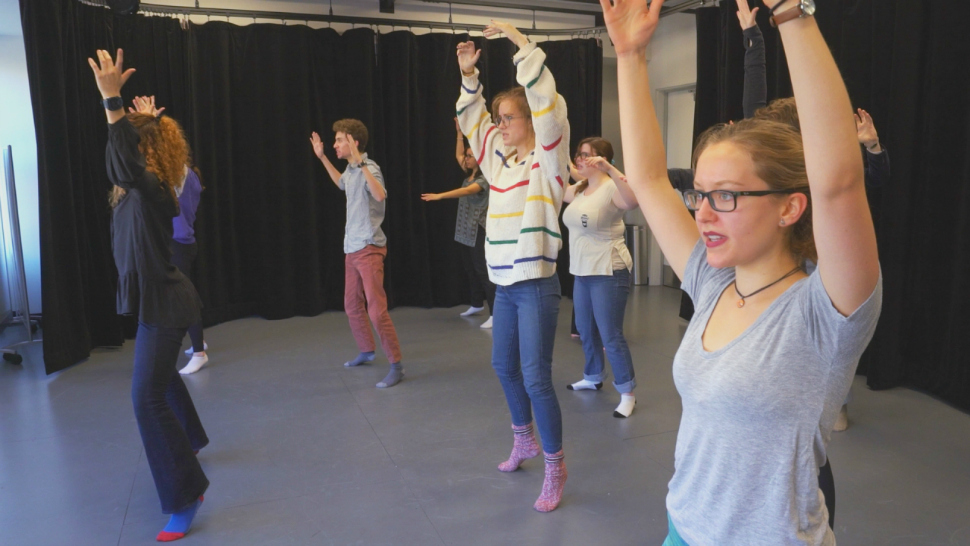 In Shakespeare?s The Tempest, a cast of characters, brought together by a variety of intrigues both personal and political, slowly collect on an island in the midst of an often stormy sea.

Though the immortal bard leaves his play?s setting purposefully vague, one could easily see its events unfolding against a Cuban backdrop.  That?s precisely why a group of students and professors from Northwestern University chose to use the play as an artistic point-of-entry for their theatrical and cultural study-abroad trip to the island nation.

?It became a kind of metaphor for our students own journey and how they were changed in eight weeks,? explains Henry Godinez, a professor in Northwestern?s Department of Theatre. ?Just as in [The Tempest] where these characters all leave the island, it became about our students and what they would be taking with them when they left Cuba.?

Since 2012, Northwestern has operated their Cuba study program. But it wasn?t until 2016 and the thawing of US-Cuba diplomatic relations that the university began to broaden the program?s scope. That included the addition of a theatre course.

In collaboration with Cuba?s renowned Teatro Buendia, a group of students, not all of whom are theatre majors, were immersed in the process of the company, which Godinez describes as ?uniquely Cuban.?

?It?s very stylized, very physical,? he says, ?and, in its own way, metaphorically subversive of the state.?

For students like Hannah Perez, it was a chance to see firsthand how these artists were able to express themselves in a political environment that exercises far greater control of expression than in the US. Perez, who is Cuban-American, grew up with vague notions of Cuba as a pariah state, but found herself taken with the stories of the lives and struggles of average Cubans.

?The average American doesn?t really have exposure to this,? she says. ?It?s important as the country opens up and as we start to communicate with them that we really do listen to what?s been going on.?

Communication is one of the hallmarks of Teatro Buendia, says Perez, who describes the approach as a conversation where every member of the troupe is able to contribute their narrative and perspective to the construction of the piece.

According to Godinez, this style arises partially from the isolation that Cuba has had from Western culture, and partially from the nation?s manifold ethnic roots. It?s a style that he says we would do well to import to our shores.

?I wanted our students to experience the stylistic nature of Cuban theatre today that makes it so unique and so powerful and, frankly, still very much driven and inspired by the need to express discontent with the system. I think for the arts to be fueled by that sort of need is something that we have been a little out of touch with in our own society.?

As Northwestern broadens the scope of its offerings in Cuba, there is hope that a two-way exchange of students and ideas becomes a cornerstone of the program.

?It would be wonderful if the future of this course and this program involved real cultural exchange,? says Godinez. ?I mean bringing Cuban artists and Cuban students to Evanston to see the United States. I think that would ultimately be what would help us break down barriers and misconceptions and misunderstandings.?