Illinois' 10 in-state players marks most since 2008 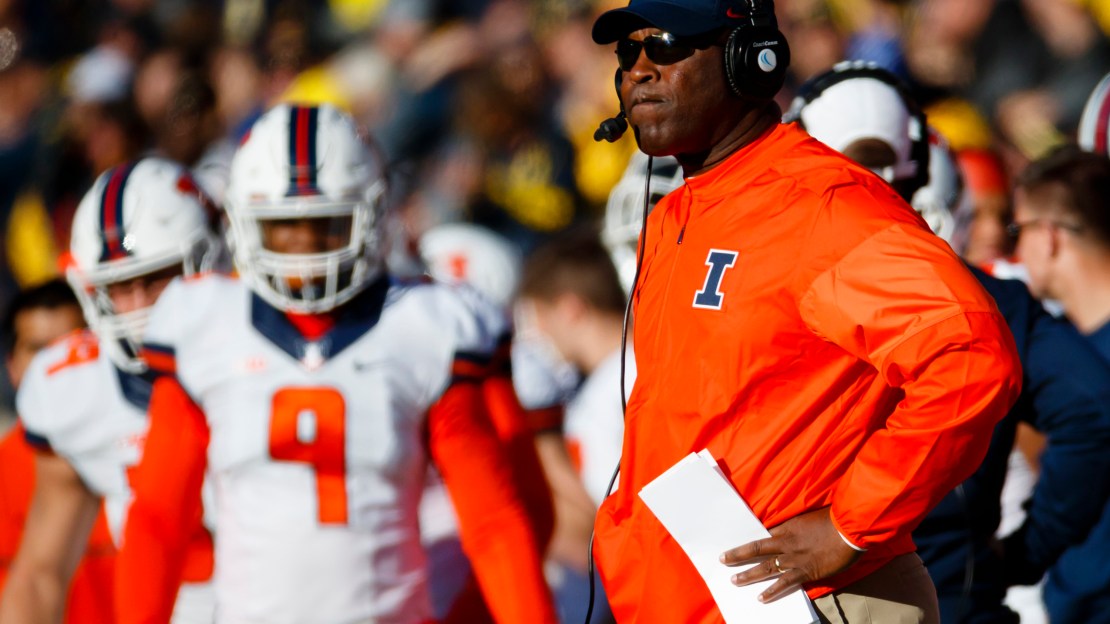 (AP) Illinois coach Lovie Smith signed 10 in-state players in his 23-man recruiting class Wednesday, the most from the Land of Lincoln since 2008. For fans who have watched some of the best homegrown talent migrate to other Big Ten schools, that is a victory in itself.

Smith filled his greatest need, which was to replace five seniors on the defensive line – including all four starters.

Best in class: Chicago Catholic League offensive player of the year Ricky Smalling from Brother Rice High in Oak Lawn is a four-star wide receiver prospect, making him the Illini's highest-rated player at that position in a decade. His early verbal commitment was celebrated by fans who want to believe Smith is on the right track.

Best of the rest: DT Kendrick Green of Peoria surprised some when he picked Illinois over Iowa in December.

One that got away: Three-star WR Reggie Roberson had Illinois high on his list after de-committing from Kansas. On Monday, he pledged to West Virginia.

How they'll fit in: Smalling and Carmoni Green are likely to see immediate playing time in a receiving corps that returns 2016 leader Malik Turner and the promising Mike Dudek, who has missed two seasons with ACL tears. Junior college transfer Dwayne Lawson, who started his career at Virginia Tech, was expected to challenge Jeff George Jr. at quarterback, but Lawson's signing has been delayed because of a grades issue.