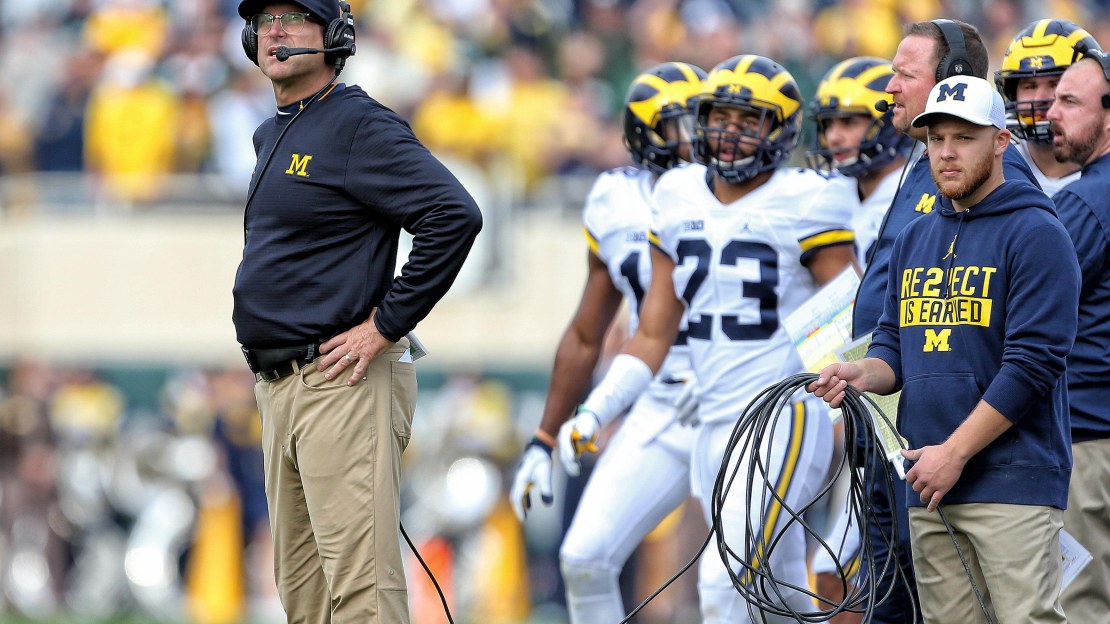 (AP) Jim Harbaugh moved Michigan's "Signing of the Stars" event from a downtown theater to its basketball arena, incorporating some non-football coaches instead of putting such as Tom Brady, Derek Jeter and Ric Flair on stage with him as he did last year.

"To make it more about Michigan," Harbaugh said.

Brady, of course, is preparing to play in the Super Bowl. Harbaugh did call on Olympic swimming star Michael Phelps, who took classes and trained at Michigan, to deliver a message that was shown on videoboards Wednesday in front of about 4,000 fans.

The Wolverines have to replace a lot of departed players, including Heisman Trophy finalist Jabrill Peppers, one of 10 NFL draft prospects from last year's team. They took a step toward restocking the roster with talent, adding enough highly touted players for Harbaugh to have a second straight recruiting class ranked among the top several in the nation.

Ones that got away: LB Willie Gay chose to stay closer to home and attend Mississippi State and Utah DT Jay Tufele accepted an offer from USC.

How they'll fit in: Peoples-Jones, ranked as one the top players at any position and The Associated Press Division 1-2 Player of the Year in 2016, will have a shot to step in and play right away because Michigan is without departed receivers Amara Darboh and Jehu Chesson. Peoples-Jones has already enrolled in classes, putting him in a position to practice with the Wolverines this spring. Vilain, Collins, Tarik Black, Brad Hawkins and Oliver Martin also will have an opportunity to compete for playing time.