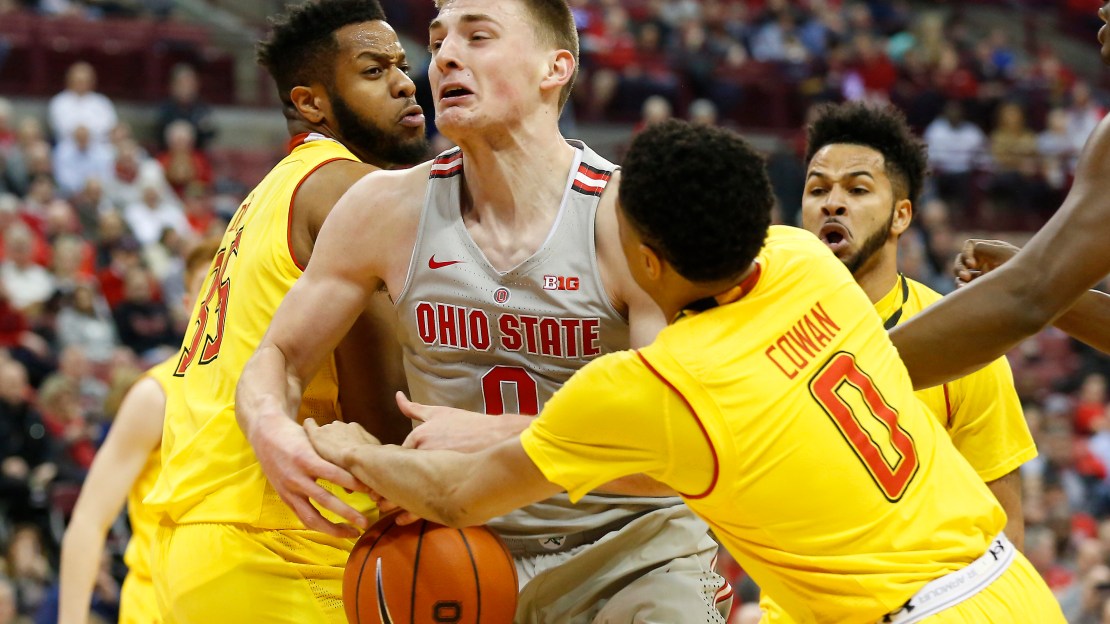 (AP) Justin Jackson had 22 points and 12 rebounds as No. 17 Maryland held off Ohio State down the stretch to win 77-71 on Tuesday night.

The Buckeyes pulled within one point four times in the second half but the Terps always had an answer. A jumper by Melo Trimble with 32 seconds left put Maryland up 75-71, and Jared Nickens hit two free throws with 14 seconds left to seal it.

Trimble had 13 points and Anthony Cowan added 11 as Maryland (20-2, 8-1 Big Ten) won their seventh straight. The Terps haven't lost since Jan. 1 and have won all six of their games on the road this season.

Jae'Sean Tate scored 20 points and Marc Loving added 18 for the Buckeyes (13-10, 3-7 Big Ten), who have lost three of their last four in what has turned into a disappointing season.

The lead changed six times in the first half, with Maryland grabbing lead for good on a 3 by Nickens with 3:01 left. A 7-0 run to end the half put the Terps up 42-36. Jackson shot 5 for 6 from the field in the half, including 3 for 4 from beyond the arc.

Maryland started the second half with a dunk by Damonte Dodd off a turnover by Ohio State's Trevor Thompson and wouldn't relinquish the lead.

Maryland: The Terps keep rolling through the Big Ten with an eye on the postseason.

Ohio State: Inconsistent Buckeyes stumble again as the season crumbles. They will have to win seven of the last eight games to reach 20 wins, which is unlikely. Hello NIT.

Maryland: Plays No. 23 Purdue at home on Saturday.

Ohio State: Travels to Michigan for a Saturday afternoon game.