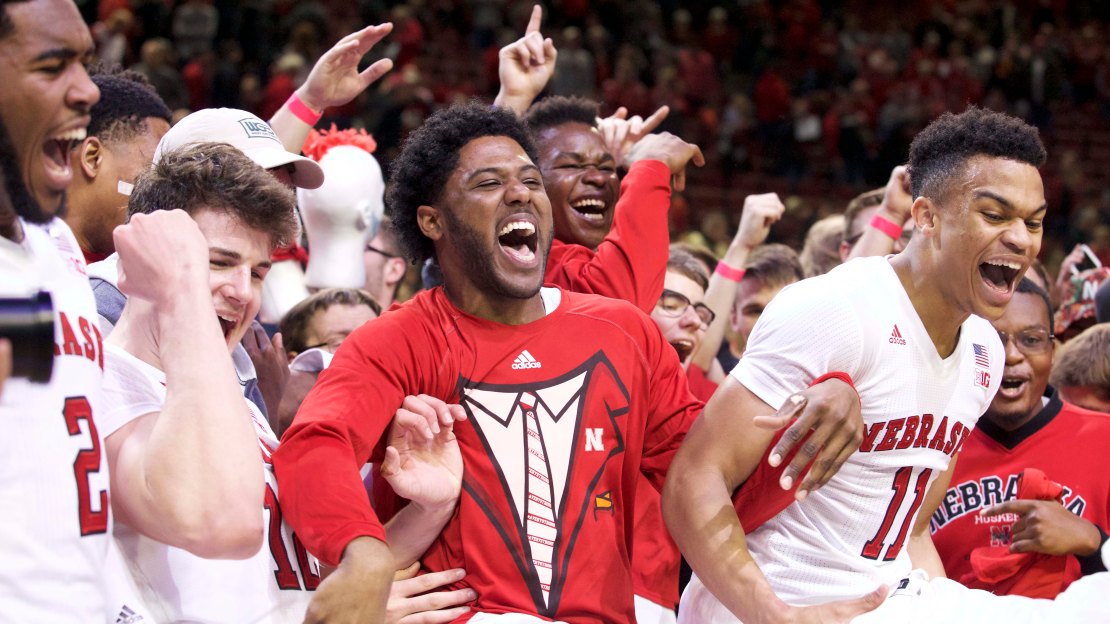 (AP) Michael Jacobson's putback with 42 seconds left gave Nebraska the lead, and the Cornhuskers made 4 of 6 free throws the rest of the way to hold off No. 20 Purdue 83-80 on Sunday.

Reserve Jack McVeigh matched his season high with 21 points, and reserve Jeriah Horne had 16 points for the Huskers (10-11, 4-5 Big Ten). They ended a five-game losing streak.

The Huskers missed 11 of their first 15 shots after halftime, allowing Purdue to wipe out their 39-33 halftime lead. They clawed back to take the lead for good after Jacobson stole the ball from Swanigan and was there to put back McVeigh's missed 3-pointer to put the Huskers up 79-78.

Swanigan passed out of a double-team to Vincent Edwards on Purdue's next possession. Edwards tried to pass to Mathias, who bobbled the ball and had it swiped by Glynn Watson Jr. Watson got fouled and made two free throws for a four-point lead with 10.5 seconds left.

The Boilermakers had shot 55.3 percent while winning their previous three games. They made 43.5 percent against the Huskers. Swanigan had his nation-leading 18th double-double, but he had one of his worst shooting games of the season, going 5 for 15.

Nebraska outscored Purdue 30-15 to wipe out an early nine-point deficit and go into halftime up 39-33, with the bench contributing 21 points. McVeigh hit 4 of his first 5 3-pointers, making three in three minutes late in the half to hold off Purdue after the Boilermakers had pulled within a point.

Purdue: Coach Matt Painter said he would have thought the Boilermakers would win with their 14-for-24 3-point shooting, but with 13 turnovers and Swanigan not able to control the inside offensively, they were ripe for the upset.

Nebraska: The Huskers got 39 points from their bench, with Horne having his best game of the season after having not played, by coach's decision, in the previous game against Northwestern.