Survey: Who would you pick to take a last-second shot? 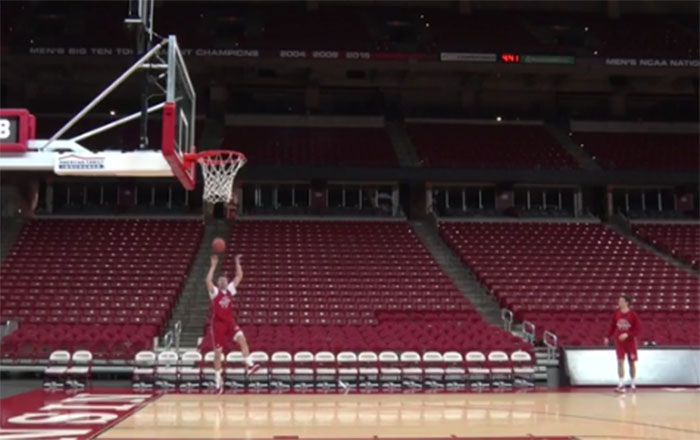 It takes a special talent to drill a game-winning shot in the final seconds. It takes nerves of steel, confidence and skill. The Big Ten has a few such talents. I asked some media members who cover the league who they would select to take a last-second shot with the game on the line.

Here are the responses.

Jeff Rabjohns, Peegs.com: James Blackmon Jr., Indiana. I can't count the big shots I've seen JBJ hit under pressure in high school, AAU and in college combined. What stands out the most is he takes an actual shot–not a rushed heave–even as the clock is running down.

Scott Richey, Champaign News-Gazette: Bronson Koenig and maybe for no other reason than I've seen the Wisconsin senior do it before. Not only that, he's done it on the biggest stage with his game-winning three-pointer against Xavier to reach the Sweet 16 last year. I went to the advanced stats to back myself up and erase any lingering doubts. Koenig might not be the Big Ten's best "scorer" but he's top five in effective field-goal percentage and top five in true shooting percentage. Good enough for me.

David Jones, Pennlive.com: James Blackmon by a smidge over Bronson Koenig and Vic Law. Blackmon drips with confidence. He has size, moves and has smarts.