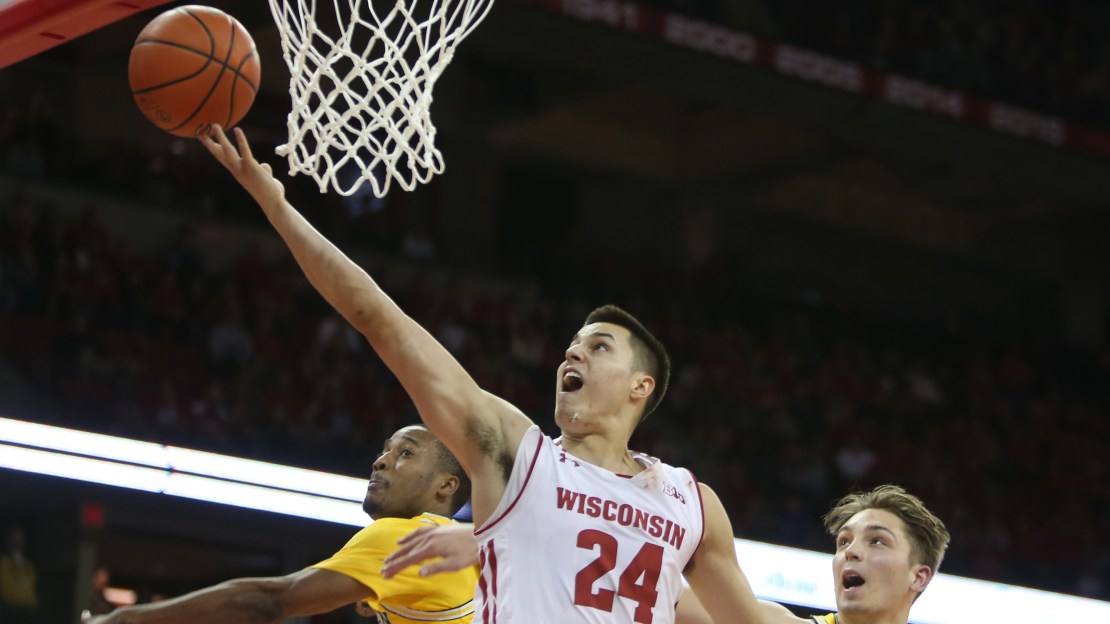 Wisconsin has its Big Three, and every member of the trio shows up in my latest Big Ten Player Rankings.

1. Caleb Swanigan, Purdue. It was another week at the office for Swanigan, who posted two more double-doubles in a pair of victories, giving him an NCAA-leading 16 double-doubles.
Last week: 1

2. Melo Trimble, Maryland. He did it again! Down three late at Iowa, Trimble scored nine of the Terrapins' final 12 points to lead Big Ten-leading Maryland to another close victory.
Last week: 4

4. Nigel Hayes, Wisconsin. It was a very solid week for the preseason Big Ten player of the year, as he went for 13 points, six rebounds and three assists in a comeback win vs. Michigan and 21 points and five rebounds in an overtime win at rival Minnesota.
Last week: 3

7. Tai Webster, Nebraska. The Huskers have lost four straight, including a pair of last-second defeats last week, but their lead man still is playing well. So much so, he's averaging a Big Ten-best 19.9 points in conference play, while ranking third in steals and seventh in assists.
Last week: 6

8. James Blackmon Jr., Indiana. After his heroic game-winner at Penn State, Blackmon destroyed Michigan State?s defense with 33 impressive points, which tied a career high, and has Indiana back on track after an emotional week.
Last week: NR

9. Miles Bridges, Michigan State. The Spartans were outplayed Saturday at Indiana, and Bridges struggled mightily, finishing 4-of-17 from the field. The talented freshman did add 10 rebounds, four assists and a block, though.
Last week: 7

10. Bronson Koenig, Wisconsin. Three Badgers on this list, you say? Yep, that's how good co-Big Ten leader Wisconsin and Koenig have been recently. In the last three games, all wins, Koenig is shooting 53 percent and averaging 16 points, 3.3 assists and 1.3 turnovers. I said early last week that he's one of the Big Ten's best winners ever, and I don't think I'll be regretting it.
Last week: NR