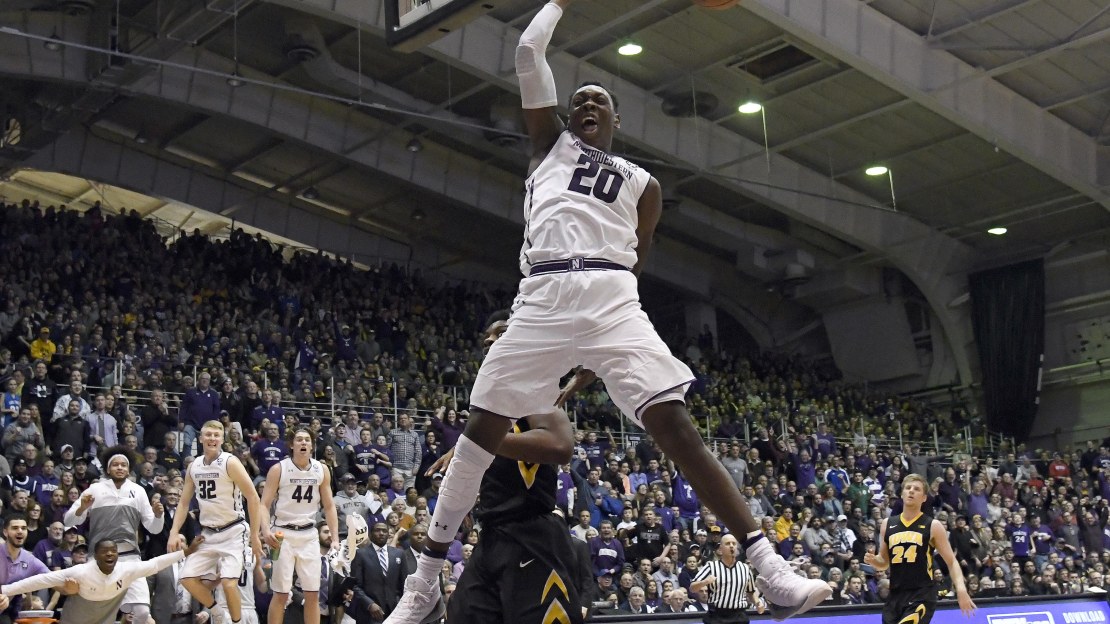 Last week was a lot of fun, as we witnessed several thrilling finishes across the conference. Here's to more drama in Week 5.

If you can only squeeze three games into your viewing schedule this week, make sure it's these three:

While Purdue is headed toward a solid seed in the NCAA tournament, Michigan State is approaching the danger zone. It?s awfully early to have eight losses in East Lansing, and a tournament resume can only absorb so many L?s before being tossed out by the committee altogether.

But here?s the thing: the Spartans have NCAA tournament talent, not to mention their schedule the rest of the way isn?t too menacing. Throw in a Hall of Fame coach to that combo and I still like their chances to make their 20th consecutive Big Dance. A win over the Boilermakers would provide a big boost to those hopes. A loss would continue to narrow their margin for error.

Purdue?s season to this point allows them to dream bigger. While Michigan State?s 4-3 conference record technically still puts them in the hunt for a Big Ten title, the Boilers? size, depth and 5-2 record makes that goal more realistic. Considering Maryland?s easy schedule and Wisconsin?s consistency, Purdue needs to win games like these to keep pace.

Michigan State should have a quickness advantage in the backcourt with Cassius Winston and Tum Tum Nairn Jr., but Purdue will look to dominate the post like usual. Can Nick Ward hold Biggie Swanigan? Who?s going to guard Isaac Haas? And even when Swanigan and Haas are contained, they can just kick it out to guys like Dakota Mathias and Ryan Cline on the wing. If the triples aren?t falling, Vince and Carsen Edwards can slash and score. All those weapons make the Boilers so tough to beat, so the Izzone better have Breslin goin? up on a Tuesday. And if you like good passing teams, look no further.

Even though their last two losses have come by a combined four points, Minnesota is worrying me a bit. The Gophers have lost three in a row overall, but have a chance to get off the mat Wednesday at Ohio State. Regardless of what happens Wednesday, this Saturday matchup at home with the No. 22 Terps is an excellent opportunity for the Gophers to make a statement.

Minnesota should be safe from their season sliding completely off the rails toward the NIT. Their versatility and sheer talent prevents it. But the Gophers can still take a couple of different paths to the postseason. One involves a mediocre march the rest of the way to a low NCAA seed (which would still be a huge step forward for Richard Pitino this year) if they continue to play close to .500 basketball. Or the Gophers could start stacking wins again, prove this shaky stretch was just a bump in the road and cruise into the NCAA tournament. For this to happen, Nate Mason and Amir Coffey need to get on the same wavelength and play well at the same time. They haven?t done so during Minnesota?s three-game skid.

Maryland?s gaudy record is partly a product of their not-so-gaudy schedule, but I really don?t say that to take anything away from the Terps. They?re legitimately good and have proven their success is no mirage to former skeptics like BTN's Jon Crispin and myself.

If I was a Maryland fan I?d be clasping my hands Mr. Burns-style in devilish delight at the upcoming slate rather than taking scheduling comments as a slight. You play who the conference determines is on the calendar at this point in the season, and Maryland?s calendar going forward gives them a golden (and red and black) opportunity at their first Big Ten basketball championship. Consider this: the first-place Terps face the five teams tied or directly below them in the Big Ten standings (Wisconsin, Northwestern, Purdue, Indiana, Michigan State) only once apiece. That?s a recipe for a title.

The Terps and Gophers should be a great battle of backcourts. Melo Trimble will be fun to watch against Minnesota?s Mason, and Akeem Springs vs. Justin Jackson is one of the best X-factor matchups of the season. To top it all off, Maryland?s Kevin Huerter is the perfect guy to stick on fellow freshman and mid-season Gopher MVP Amir Coffey.

Both squads have winnable games before squaring up on Sunday, and both look to be destined for the NCAA tournament. And while the Dance is a bare minimum expectation at Indiana, it certainly hasn't been at Northwestern. Comparing the Chicago Cubs? vanquished 108-year World Series drought to the Wildcats? tournament futility is a bit of a reach, but point guard Bryant McIntosh still pointed out the similarities last week on BTN Live.

It?s not the craziest comparison, on second thought. Under new leadership, a program just north of downtown Chicago has been able to assemble talent, upgrade facilities and change the losing culture. Sound familiar? Pretty much everyone is buying the Wildcats as a legitimate threat at this point. It should be a fun offensive shootout Sunday with the Hoosiers, who look to be getting their feet under them after a very wobbly stretch.

Losing OG Anunoby to season-ending knee surgery is a serious blow, but Indiana?s talent pool is deep enough to sustain the loss of one of its stars. It helps that James Blackmon Jr. has been playing out of his mind lately. In the Hoosiers? last five games, the junior has averaged 22.6 points on 43 percent 3-point shooting. Remove his 0-for-8 shooting performance from deep against Rutgers and that number shoots up to 53 percent. It?s no coincidence that Indiana is 4-1 in those last five, putting their 1-4 stretch before it firmly in the rear-view mirror.

I?m having a hard time figuring out who on Northwestern is going to stop Thomas Bryant, but this is going to be an exciting game regardless.