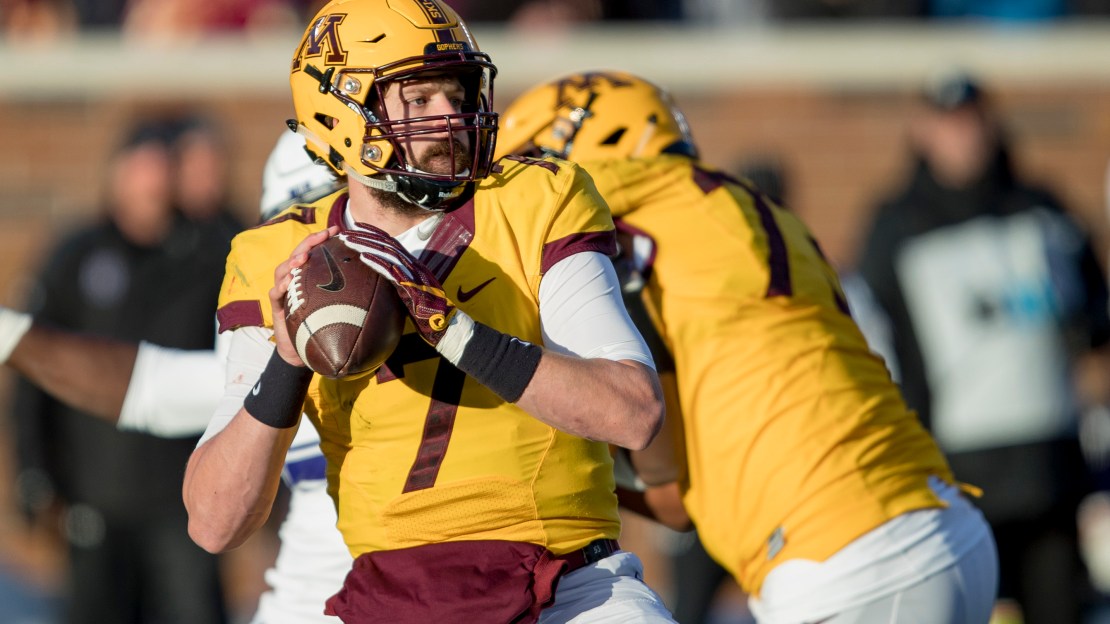 The 2017 season will be one of big transition for Minnesota, which has hired the electric P.J. Fleck to take over the program after the unceremonious ouster of Tracy Claeys. Can Fleck push the Golden Gopher program to new heights?

The team won nine games last season and has become a consistently successful program. But a Big Ten West title has been elusive. No doubt, Fleck will pour himself into the job and amp-up recruiting. But as he moves forward, he?ll have to do so without some key players. Here are the five top players who must be replaced from last season?s Holiday Bowl championship squad.

CB Jalen Myrick. The speedy Myrick was one of the team?s top covermen and part of a strong secondary that handcuffed Washington State in a Holiday Bowl victory. In 2016, Myrick started all 13 games and recorded 38 tackles, 11 pass breakups and one interception. He also doubled as a top return man, notching 290 yards on kickoff returns and 41 yards on punt returns. He was a consensus honorable mention All-Big Ten choice in 2016.

OT Jonah Pirsig. The massive 6-9, 325-pound Pirsig was an anchor up front on a good Gopher offensive line. He started 10 games and missed three with an injury last season. Pirsig blocked for an offense that rushed for 2,387 yards and 34 touchdowns last season en route to earning consensus third-team All-Big Ten accolades.

S Damarius Travis. He was a stalwart in a stout Golden Gopher secondary that helped the team rank No. 4 in the Big Ten in total defense (348.8 ypg) in 2016. Travis started all 13 games and recorded a team-leading 81.5 tackles with seven for a loss of 20 yards. He also had two interceptions, one fumble recovery and deflected five passes to earn honorable mention All-Big Ten honors from the media.

WR Drew Wolitarsky. He was a third-team All-Big Ten pick by the media and was honorable mention by the coaches after setting career highs in catches (66), yards (860) and touchdowns (five). Wolitarsky?s 66 grabs ranked third in the Big Ten last season. He made 130 career catches (tied for eighth all-time in program history) for 1,749 yards (ninth in program history). Wolitarsky caught nine career touchdowns and ended his tenure by making a catch in 26 straight games, which is the sixth longest streak is school history.