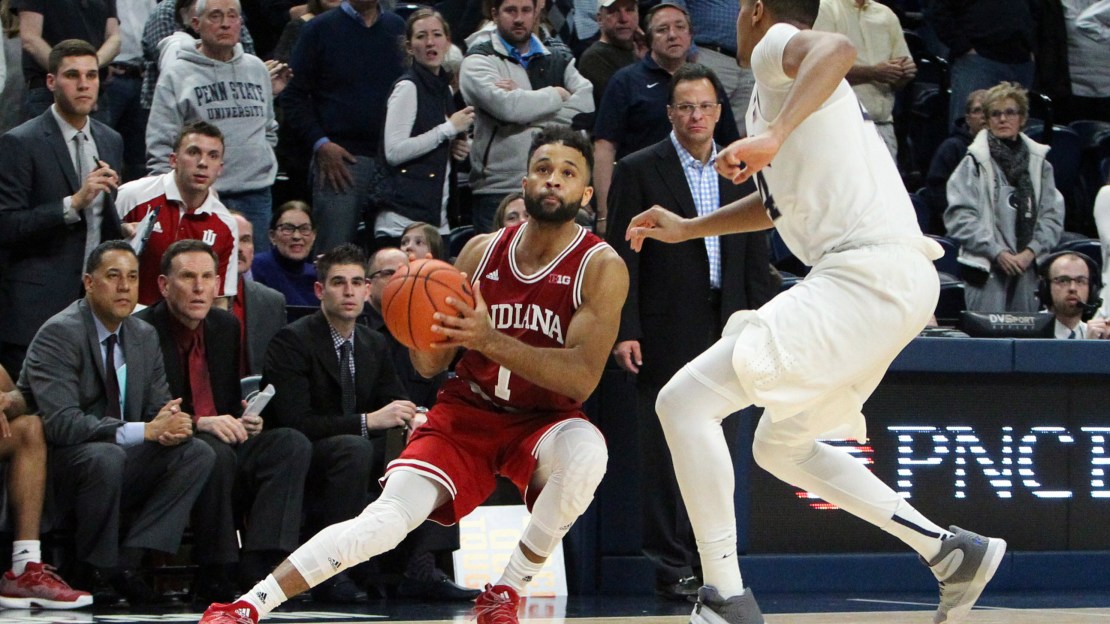 STATE COLLEGE, Pa. (AP) James Blackmon finished with 17 points and hit a 3-pointer at the buzzer to lift Indiana to a 78-75 win over Penn State on Wednesday night.

It was the second straight win for the Hoosiers (13-6, 3-3 Big Ten) who took control by halftime and led the entire second half until a pair of Lamar Stevens free throws tied the game with less than five seconds left.

The Hoosiers were up 67-53 before Penn State used a short run and an Indiana shooting lull that lasted over four minutes to cut the lead to 75-73 when Garner hit a 3-pointer with 39 seconds left.

Stevens stole the ball from Bryant and was fouled on his way down the court to set up the tying shots.

Indiana: The Hoosiers entered Wednesday's game having lost five of their last eight. They'll have a chance to gain momentum with four of their next five against middle-of-the-pack Big Ten foes before a trip to Madison to take on No. 17 Wisconsin on Feb. 5.

Penn State: The Nittany Lions' inability to put a full game together has to be grating on coach Patrick Chambers. Even in their last win against No. 24 Minnesota, the Nittany Lions were out of sorts early before a late rally paid off. They were competitive early and late in this one but sluggish and mistake-prone midway through when Indiana took over.

Penn State plays at No. 22 Purdue on Saturday.