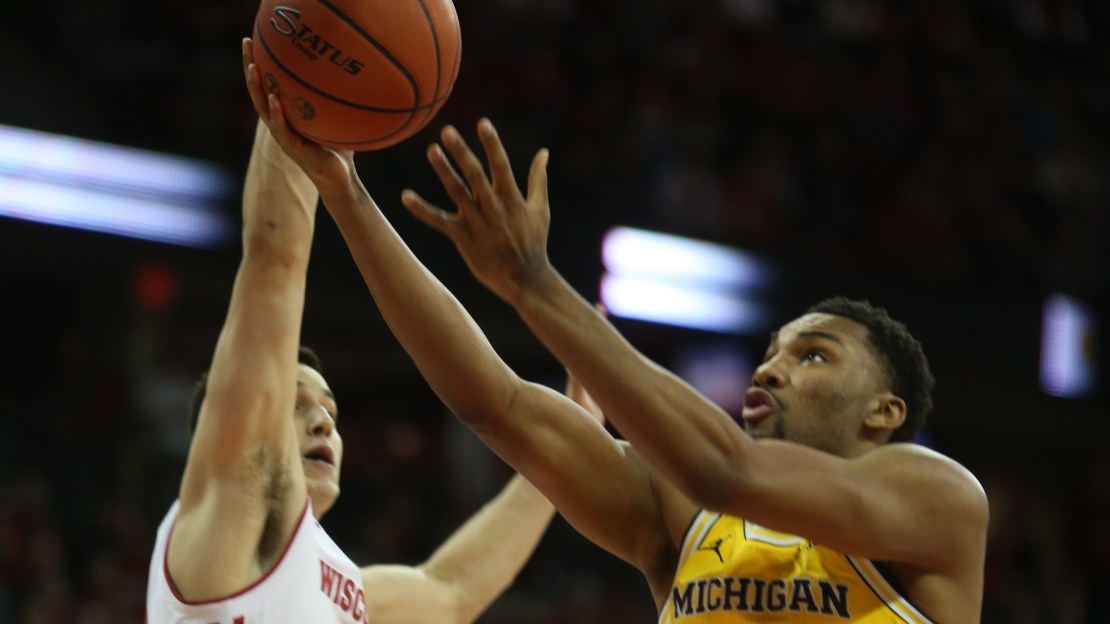 (AP) Bronson Koenig scored 16 points, 10 in a key run that turned the game around, and No. 17 Wisconsin survived a scare from Michigan 68-64 on Tuesday night.

The Wolverines even hit 3s on consecutive possessions after Wisconsin tied the game at 43.

Then Koenig took over.

Zak Showalter got the run started with a tough putback before Koenig reeled off the next 10 points. He scored on Duncan Robinson with a nice reverse to tie the game, dropped a 3 from well beyond the arc and then hit another from the corner, and suddenly the Badgers were up 55-49. Nigel Hayes added a 3-pointer to cap the run.

Wisconsin had to hold off a final rally from the Wolverines. After Hayes missed two free throws, Zak Irvin hit a 3 to cut the lead to 66-64. But Koenig hit two free throws to put an end to the threat.

Hayes and Vitto Brown each scored 13 points for the Badgers.

Michigan: Illinois' Maverick Morgan questioned Michigan's toughness after the Illini beat the Wolverines 85-69 on Jan. 11, calling them a "white-collar team traditionally." Going into the Kohl Center and pulling off the win would have gone a long way to putting that notion to rest.

Wisconsin: It isn't often someone has to take this team and put it on his shoulders. Koenig showed he can be that guy.

Michigan: The Wolverines host Illinois on Saturday, their second meeting in a span of 10 days.

Wisconsin: The Badgers travel to Minnesota on Saturday.