Mike Watkins, Penn State rally, hold on vs. No. 24 Minnesota 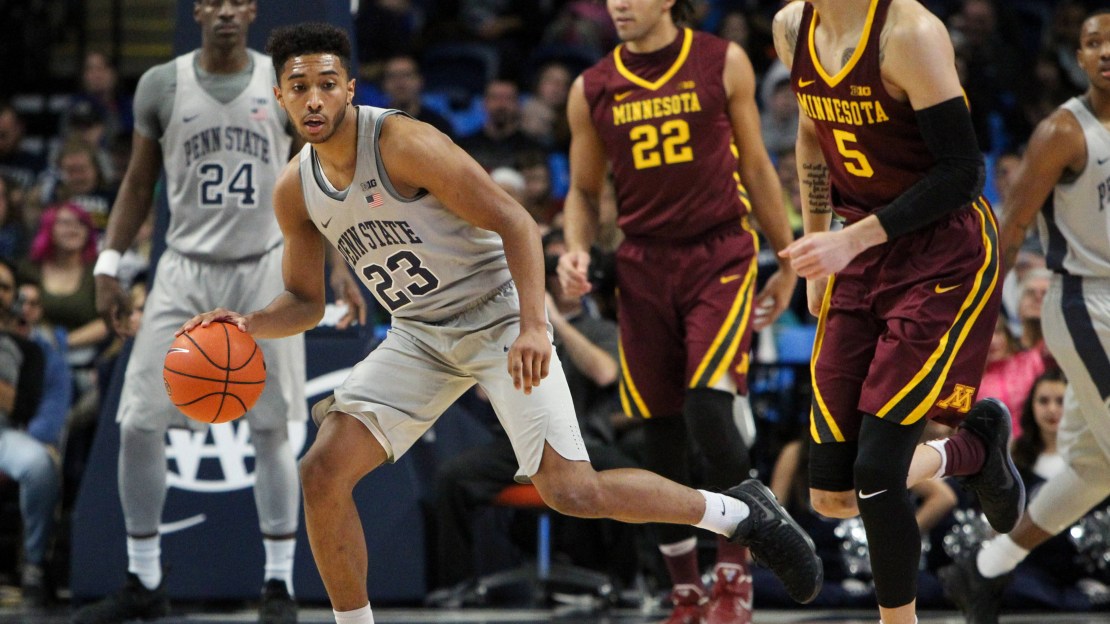 (AP) Tony Carr drew a foul on a final drive to the basket and made two free throws with five seconds left to lift Penn State to a 52-50 win over No. 24 Minnesota on Saturday.

It was Penn State's first win over a ranked opponent since Feb. 17 when the Nittany Lions beat then-No. 4 Iowa at the Bryce Jordan Center.

Minnesota led by as many as 14 in first half.

Minnesota: Gophers coach Richard Pitino wasn't pleased with his team's lack of physicality in its loss to Michigan State on Wednesday. Minnesota players responded, not just with tough play to keep Penn State's shooters off balance early, but also with speed in transition to seize control. Despite letting this one go, the young Gophers have plenty of talent to compete in the Big Ten.

Penn State: The Nittany Lions have looked much better than they have in recent seasons and have young talent intermixed with veteran experience. But they've rarely put complete performances together in conference games. A lackluster first half in this one was followed by a frenetic second, evidence this young roster is still learning.

Minnesota hosts No. 18 Wisconsin on Saturday.