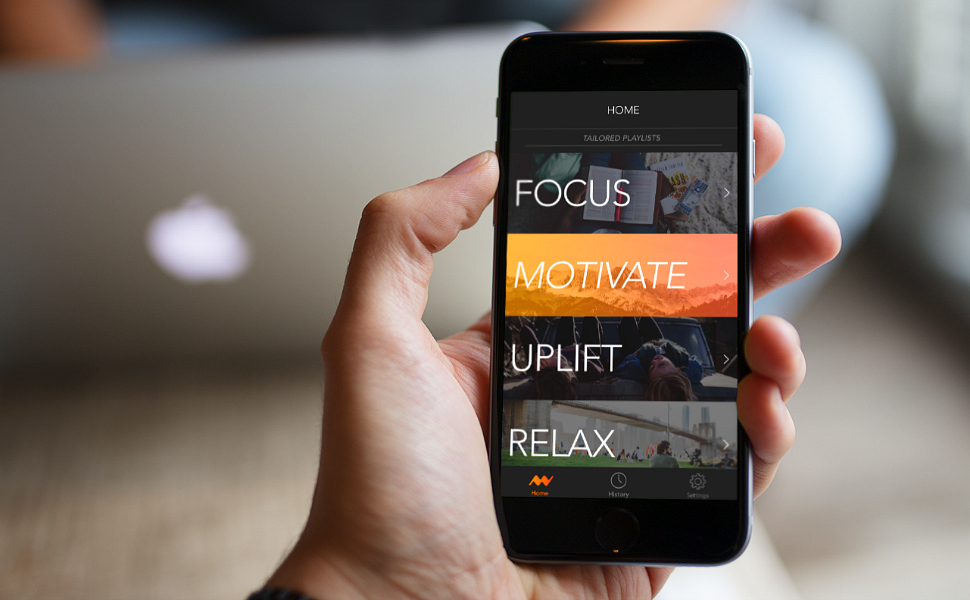 For those who are all-too-familiar with the need for inspiration on a deadline,the story of Penn State junior Alex Patin and his company, Musical Minds, will be particularly interesting.

It?s no secret that music can affect our mood, but Patin wanted to channel this knowledge into something more.

Patin said that the idea for Musical Minds began at a November 2015 HackPSU event. His four-person team was exploring music therapy using biometric technology. They crunched and coded for hours, eventually developing a program that would sync with a fitness tracking device and recommend music to improve your workout. The sensors would monitor changes in heart rate, skin temperature and calories burned, and select music accordingly.

The following summer, Patin and his team agreed to not pursue internships that summer so they could spend their time on Musical Minds. But with funding tough to come by, after some retooling, Musical Minds evolved into a 10-person tech startup that produces Trills: brain wave sensing headphones that recommend music based on one of four mood goals: focus, relax, motivate, or uplift.

?The user can go into the app and choose one of those four sessions and they can view their neurological responses on our mobile app in real time,? says Patin. ?Additionally, our mobile app begins to recommend and tailor music directly to the individual.?

Patin admits that he started Musical Minds more as a research project and didn?t anticipate forming a startup. ?I don't know why,? Patin says, ?but I had a reservation creating a startup. There are a lot of stigmas around entrepreneurs, like that they're just people who what to get rich quick. I wanted to disassociate myself with that culture. But now that I've been working with so many other startups in State College through LaunchBox and all the entrepreneurial programs at Penn State, I've grown to respect entrepreneurs much more than I had initially.?

There are other brainwave sensing devices already on the market, but their major downside is the odd placement of electrodes, with bands strapped across your forehead. In an effort to not look like Rick Moranis in Ghostbusters, Patin?s team wanted make something that people would actually wear out in public.

?We designed the headphones so that all the electrodes are embedded into a normal headband,? Patin says. On the exterior they look like normal headphones, and they're about the same size as Beats.? And when it when it was time for a prototype, they used a 3D printer to make all the parts.

Of course, all of this – prototype development, work space, etc. – comes at a price. After investing approximately $15,000 of his own money, Patin turned to the resources Penn State makes available to its students. PSU?s Lion LaunchPad is a business accelerator program that helps student entrepreneurs turn innovative products and concepts into viable startup companies by providing mentoring, work space, and micro-grants.

Also, Penn State provides resources that help alleviate the cost of things that can cause other startups to fail. Patin said that the help with legal expertise, such as business incorporation documentation and

intellectual property filings has been incredibly useful. ?Normally filing a patent for something like [Trills] would cost $30,000 to $40,000. That?s given to us pro bono.?

They?ve also recently completed a 10-week boot camp through another accelerator, Happy Valley Launch Box, which Patin said provided direction, helped them walk through the business model creation process, and much more. As they finish a third prototype of Trills headphones, Patin said they are looking to move on to clinical trials this upcoming spring semester and hopes to have a crowdfunding campaign launched by the end of 2017.

Musical Minds is a burgeoning company with what seems to be great potential. But first and foremost, they?re college students. Patin says it?s been a challenge to do all this work while having a team with different schedules and commitments. ?Sometimes we get a little overzealous with what we want to try to accomplish and then finals week comes up and we can't do anything,? says Patin. ?It?s been interesting trying to balance school with moving (the company) forward."