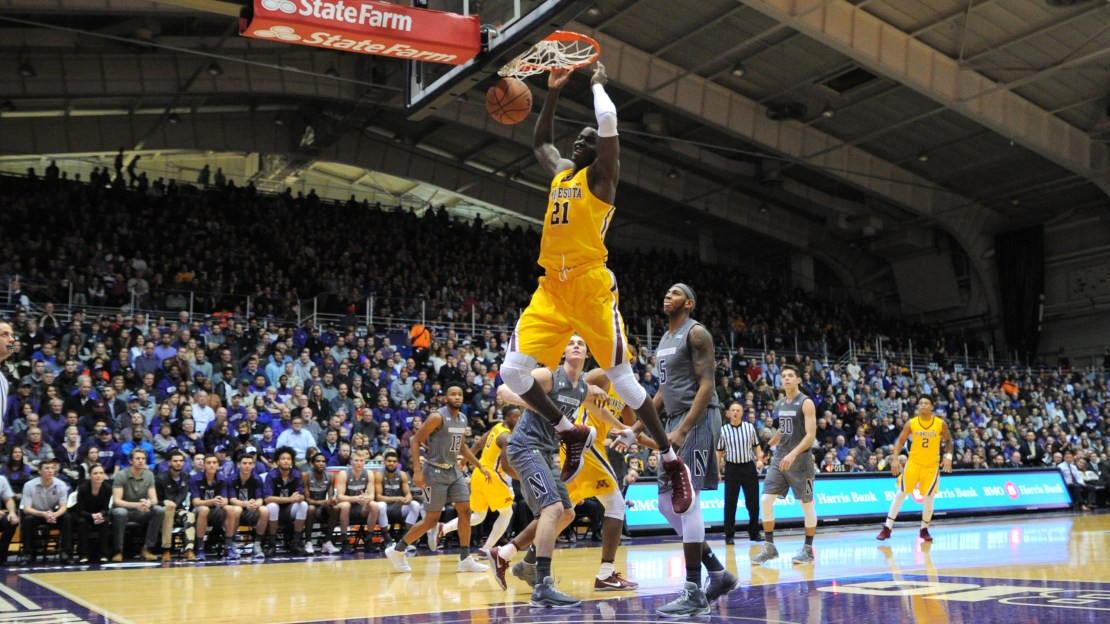 Are you noticing a theme yet?

We're halfway through the second week of Big Ten play, and this season has packed drama-filled contests into nearly every evening so far. Yeah, the Big Ten only has three ranked teams, but the league looks to be as deep as it's ever been. The parity so far is astounding, and the results are wildly entertaining.

Thursday evening saw three Big Ten games unfold, and all three stuck to script by going down to the wire.

The Boilers and Buckeyes got the evening started with an extremely compelling affair in Columbus. Purdue (13-3, 2-1) eked out a one-point victory that was anything but easy, as Ohio State (10-5, 0-2) made it clear early on that they weren't intimidated by the Boilermakers' towering size inside.

What does @TrevBallinTrey2 do with Caleb Swanigan guarding him?

Shrugs and says, "No Biggie." https://t.co/tykMlptSgW

The game went back-and-forth until the finish, and Purdue's Caleb Swanigan found himself at the free throw line in the closing seconds. He nailed the first for the eventual game-winner, then this happened:

The nail-biting ending resulted in another heart-breaker for Ohio State and a happy plane ride home for the Boilermakers. To add injury to insult, Buckeyes coach Thad Matta announced after the game that junior Keita Bates-Diop would have season-ending surgery. It's an unfortunate finish to 2016-17 for a major contributor in Bates-Diop, who had missed six games due to injury already.

Be honest: Who saw this Minnesota team coming? The Gophers improved to 14-2 and 2-1 in the Big Ten with a road win over the Wildcats (12-4, 1-2) Thursday, and this one was back-and-forth as well.

Bryant McIntosh (21 points) provided one of the highlights of the night for the Wildcats with a feathery floater to close out the first half.

But Amir Coffey got the last laugh, getting two of his team-high 17 points on this second half slam. His sister plays for the Northwestern women's team, and she punctuated her brother's slam with a "That's my brother!" cheer.

I think we've finally reached the point where we can stop simply calling this a nice start to the season for a Minnesota team that was dreadful last year. This Gophers team is good, period.

The Hawkeyes (9-7, 1-2) and Huskers (9-6, 3-0) saved the best for last with a double-overtime thriller. If you didn't watch the game, most of regulation can be summed up by this sequence:

Back and forth we go. ?@HuskerHoops' silky sophomore answers the triple from @IowaHoops' seasoned veteran. https://t.co/Tn3G7w55bg

Whenever one team looked like they would pull ahead, the other had the answer. Huskers point guard Glynn Watson Jr. was remarkable throughout, racking up 34 points before fouling out in the second overtime.

The game looked to be all but over in regulation when Evan Taylor was fouled with under two seconds left on a breakaway layup, but both potential game-winning free throws rimmed out.

But Taylor can sleep easy tonight with the rest of the Husker faithful, because Nebraska pulled it out in the end.

Can the Big Ten keep this frenetic pace up for two more months? I can't wait to find out. Stephen Bardo summed it up best while calling the Nebraska/Iowa game:

"This has been so much fun."