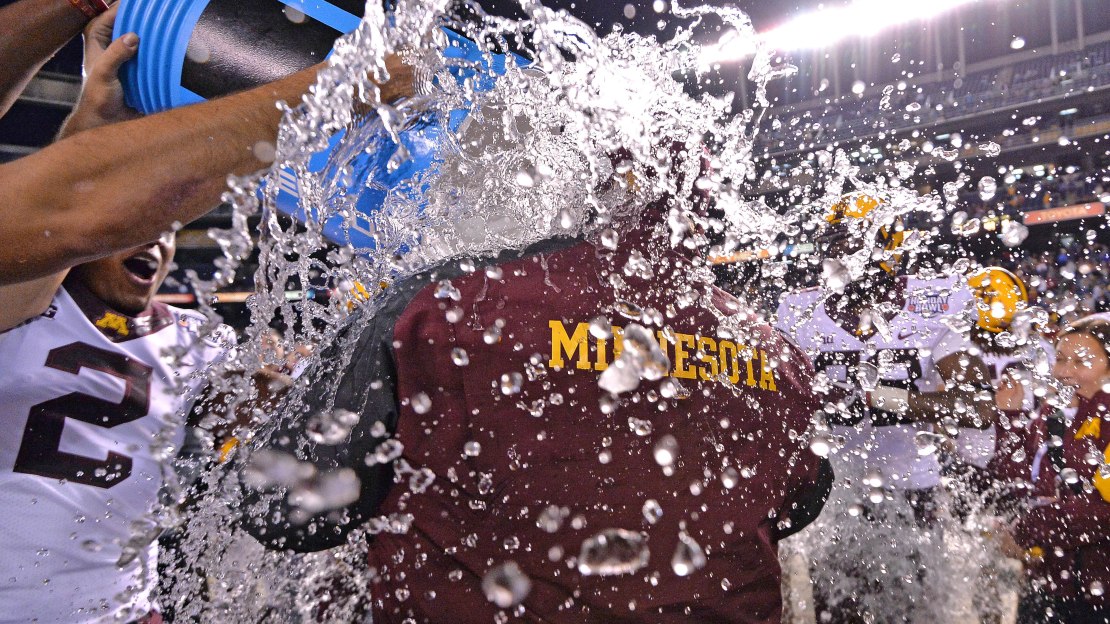 University of Minnesota Athletics Director Mark Coyle today relieved Gophers football coach Tracy Claeys of his duties, along with most of the rest of the coaching staff. Some staff will remain with the program during the transition to a new coaching staff.

I made a difficult decision today on behalf of the University of Minnesota. With the support of Board of Regents' leadership and President Eric Kaler, I have decided to take the Gophers football team in a different direction with new coaching leadership.

I determined that the football program must move in a new direction to address challenges in recruiting, ticket sales and the culture of the program. We need strong leadership to take Gopher football to the next level and address these challenges.

This decision is about the future of Minnesota football.

I also want to address the unfortunate blurring of the football suspension decision.

I informed Coach Claeys of my judgment that athletic suspensions were appropriate.

Without any objection, Coach Claeys said he understood that decision to bench student-athletes.

Coach Claeys, Deputy Athletics Director John Cunningham, and I met with the student-athletes to advise them of our decision. Coach Claeys subsequently informed me that he agreed with the suspension decision.
And let me be clear: this was the right thing to do.

Coach Claeys' Tweet later that week was not helpful. I accept that Coach Claeys intended it to support the boycotting players. Understandably others did not see it that way. I hope you will appreciate I cannot say more about the athletic suspensions in this case.

I will say, as a general matter, athletic suspension decisions – essentially a decision to bench a player – are different from a prosecutor's decision to charge someone with a crime.

An athletic suspension decision is also different from a panel decision whether there has been a student conduct code violation.

Again, this has been a difficult decision. I thank Coach Claeys and his staff for their years of service. Coaches Dan O'Brien and Mike Sherels have agreed to remain during the coaching transition to ensure that our student-athletes have strong and active leadership in the interim.