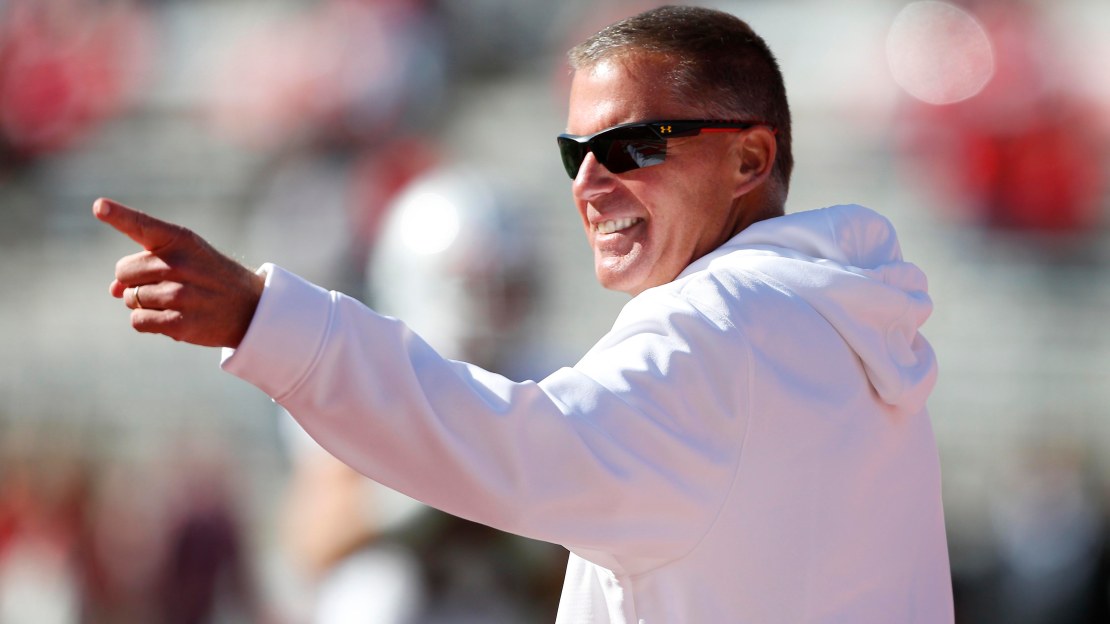 (AP) UConn is bringing back Randy Edsall as coach, hoping to turn around the Huskies by rehiring the winningest coach in school history.

"Coach Edsall is the right fit for our university, football program and student-athletes," Benedict said. "He led UConn to its most successful period in the history of our football program and I believe he will provide consistent leadership and long-term success once again."

His exit angered many UConn fans because he left immediately after the bowl to take the Maryland job without speaking to his team or flying home with them after losing the game to Oklahoma.

Edsall said in a statement that it was an honor to come back to UConn, and he wishes he had done things differently when he left.

"I completely understand and respect that there are loyal fans, supporters and former players that still have not forgotten and it will take time to forgive. I have many incredible memories of my time at UConn and I hope the fans do too," Edsall said. "It is my goal to get us back to that level of success and I hope that all of the Husky fans out there will be along for the ride."

He was fired by Maryland six games into his fifth season, finishing 22-34 there and winless in 12 games against ranked opponents.

Edsall was hired by the Detroit Lions in January as a director of football research. He was on the practice field with the Lions on Wednesday, shortly after his hiring at UConn was announced.

Detroit quarterback Dan Orlovsky, who played for Edsall at Connecticut, was pleased with the hire.

"I think he's one of those guys that probably fits that place better than anybody, so I'm excited for him," he said.

Orlovsky was asked if Edsall's challenge at UConn would be harder this time around.

"Oh, no. … I mean, he was trying to take a program that was a basketball school and a I-AA program and trying to take it to become somewhat of a football school and into a major college football conference, and he did it in a short period of time," Orlovsky said. "He's a really good coach, great recruiter. I have really high expectations for him to do a really good job there."

Edsall originally joined UConn in 1999 to oversee the school's transition from what was a I-AA program into I-A and what was then the Big East. He endured three losing seasons as the university and state built a 40,000-seat stadium in East Hartford and a $50 million on-campus practice facility.

He was praised for keeping the Huskies together in 2009 after the stabbing death of defensive back Jasper Howard. Edsall became a hot candidate for other jobs after the team finished the 2009 season with four straight wins, including victories over Notre Dame and later South Carolina in a bowl game.