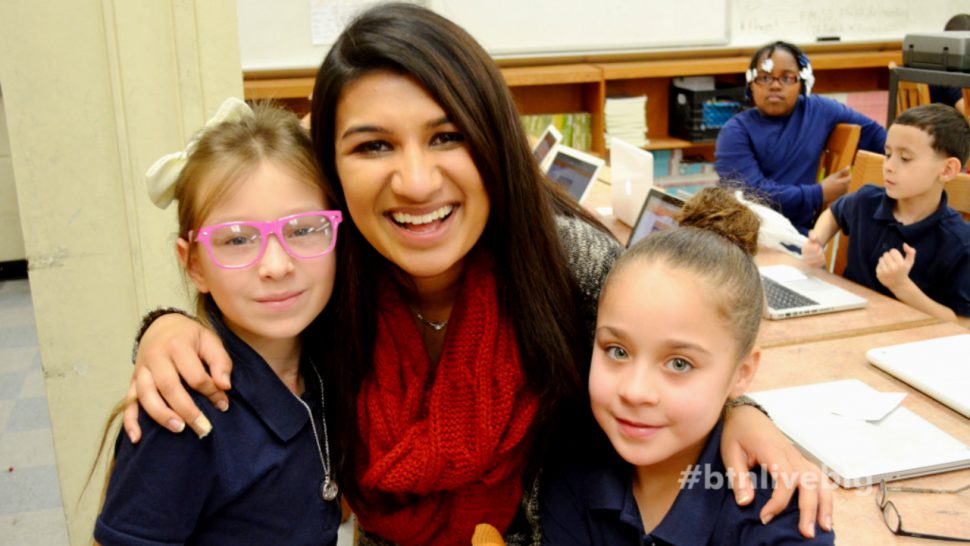 If Jeffrey Broggi gets called dopey, he?s probably OK with it.

That?s because the dean of students for Rutgers? Livingston campus is training for the Dopey Challenge, a grueling set of races - 5K, 10K, Half Marathon, Full Marathon - run over four consecutive days.

It?s something that he?s doing not just to test himself, but to raise money for some worthy causes. Half of all money raised will go to Rutgers? Student Emergency Fund, which the dean says is woefully underfunded.

?A few years ago, (Rutgers) created an emergency fund and right now, there?s nothing but $5,000 in it. You think about $5,000, that?s roughly a semester of housing for one student and we have a population of 48,000," Broggi said to the Daily Targum, Rutgers? student newspaper. "I?m trying to figure out a way to keep students who belong here and should be here but unfortunately can?t be here, remain.?

The remaining half of the money pledged will go to support a young Rutgers fan stricken with Duchenne?s Muscular Dystrophy, a severe form of the disorder that advances quickly.

?I also met a young man named Danny Garofalo, he has Duchenne muscular dystrophy. We met because he is a tremendous Rutgers fan, he just loves the Rutgers football team, he loves everything about Rutgers, he?s 14 and he has been in a wheelchair since he was 10,?

Broggi held a fundraiser earlier this month on the Rutgers Livingston campus with plans for more events in the near future.

Ohio State is giving out a new award this year and it comes with few strings attached.

The new President?s Prize, created by university president Michael V. Drake and funded anonymously, was presented to two Ohio State seniors in November. The winners will receive $50,000 as a living stipend and $50,000 to fund a program that tackles societal ills.

The central question posed to entrants was ?If you could change one thing in this world, what would it be?? From there, they were challenged to meet society?s most pernicious problems with powerful ideas.

The inaugural winners are KayMesha Knox and Margaret Griffin.

Knox?s Steps to Success program aims to get 50 East High School (Columbus, Oh) seniors into college. According to the President?s Prize website, Steps to Success ?will address the three main reasons why underserved students don?t apply to or attend a postsecondary institution: financial burden, lack of guidance navigating the financial aid process and insufficient support once enrolled.?

Steps to Success will also provide the students with free laptops, nine months of Wi-Fi access and financial assistance with the various fees associated with the college application process and standard tests.

Griffin?s proposal, The Unity Fridge Program, looks to place special refrigerators within schools located in Columbus communities considered food deserts. These refrigerators will be stocked with fresh produce provided through partnerships with local farms and restaurants. The goal is to give children fresh, nutritious, and accessible food to take home at the end of the day. 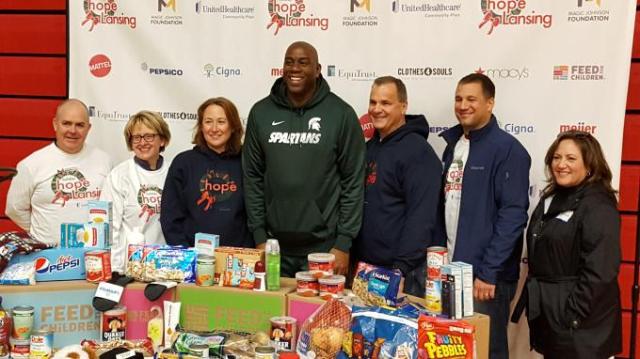 Earvin ?Magic? Johnson?s name is synonymous with Spartan basketball, but it?s becoming just as commonly associated with something else this time of year: Hope.

In fact, it?s what the Laker great calls his annual charity event in Michigan, Holiday Hope.

The Magic Johnson Foundation, in conjunction with United Healthcare, opened the doors of Lansing?s Everett High School to 800 families in need of assistance. The families came from Lansing, Detroit and Flint. They were able to collect bags of item including food, toys, and winter clothing.

Holiday Hope highlights the strong feelings Johnson has for the area where his monumental career took off.

?Every step of the way somebody from Lansing helped me and so it?s my job,? said Johnson speaking with WLNS (Lansing). ?I have an obligation to help somebody else and that?s what it?s all about.?

It?s not every student that creates a global charitable organization. But that?s just what Aniruddh Sameth did.

?SPE is such a global organization, and you have so many different students and professionals from all across the world,? said Sameth, speaking with Penn State News. ?Not very many organizations have that kind of reach. There?s such an opportunity to expand that to community service.?

SPE Cares recently participated in the United Arab Emirates? ?Give a Ghaf? campaign by planting over 200 of the drought-resistant and culturally significant trees around Dubai.

Thanks to the University of Maryland chapter of the W.E.B. DuBois Honor Society, foster children in Prince George?s County received some much needed school supplies this month.

Dubois Society members placed donation bins around campus in an effort to collect pens, pencils, notebooks and the like for the hundreds of children in foster care in Prince George?s County. The donation drive was also a chance for the group to share with their classmates information on the plight of foster children.

"There are a lot of children out here who don't have the opportunities that we have, but they [foster kids] don't have the support system," said Dubois Society secretary Abriana Stewart-Height, speaking with The Diamondback student newspaper. "They don't have a stable family home."

The drive was held in conjunction with the Court-Appointed Special Advocates of Prince George?s County, an organization that helps meet the needs of children in foster care. As CASA Deputy Director Kara Bundy told The Diamondback, donations like these are critical to ensuring the stability that foster children need.

"Just like any other child who comes from an impoverished household, trying to get through the day and get through the school year with as much normalcy as possible is really critical," Bundy said. "The more that we can make sure that they have the things that they need, the more they can focus on what matters - and that's doing well in school."